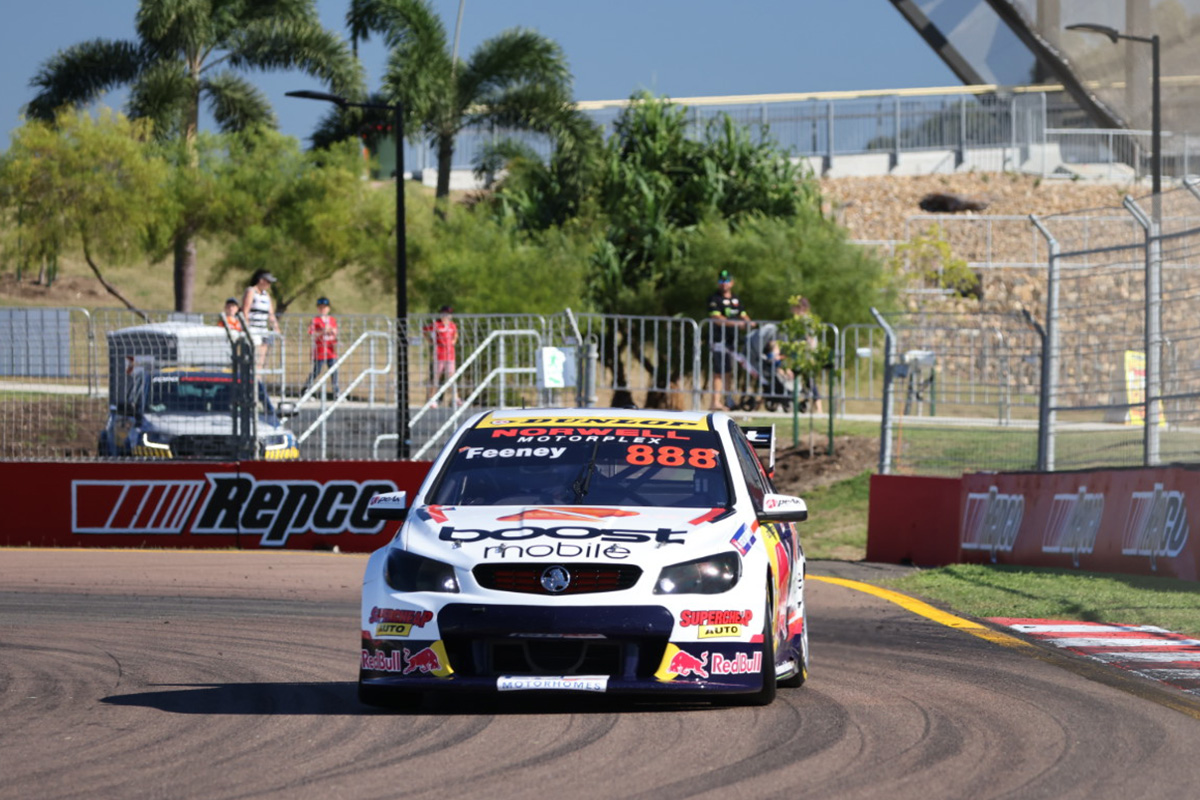 Broc Feeney has claimed a second straight Dunlop Super2 Series pole position in Qualifying for Race 2 of Round 2 at Townsville.

The Triple Eight Race Engineering driver is now unbeaten in the five sessions held so far at the Reid Park Street Circuit this weekend having finished the latest hit-out four tenths clear of the field.

Having reclaimed the series lead with his Race 1 win, he will be joined on the front row by pre-Townsville series leader Zak Best, while Jayden Ojeda ended up third on the grid.

Feeney (#888 VF Commodore) belted out a 1:14.0830s on his first flyer, a tenth up on his pole time from the morning prior, despite reportedly starting on his Practice 2 tyres.

Once again, MW Motorsport’s drivers took a slightly different approach, Ojeda working up to a 1:14.3610s on his second complete lap and a 1:14.1530s next time around.

That left the #31 Nissan Altima second on the timing screen and it remained there until Best drove the #78 Tickford Racing FGX Falcon to a 1:14.1307s on his second run.

Ojeda was, by then, back in the pits and not to return, but Feeney was pushing again.

His first lap of the run was not brilliant but his second was a 1:13.7210s which consolidated the 18-year-old’s hold on top spot.

“Man, it felt so good out there,” said Feeney.

“I made a muckery of my first lap, tuned it up a little bit for the second lap and I was so happy with that. I nailed the first sector and I knew if I put the rest of the lap together, it would be pretty good.

“I was so pumped when I came across the line and saw that time, so it’s a credit to this team. I’ve got a fast car and we have got to do it again this afternoon.”

Tim Blanchard was a late mover to fourth with a 1:14.3781s in the #88 Eggleston Motorsport VF Commodore, with Row 3 to be an all-MW Motorsport affair of Tyler Everingham (#27 Nissan Altima) inside of Josh Fife (#28 Nissan Altima).

The latter was second to team-mate Feeney initially with a 1:14.8258s on his first flyer but went no quicker thereafter.

In the Super3 segment of qualifying, Nash Morris secured a career-first pole position in any category of racing.

They are set to start 15th and 17th outright when the second and final, 21-lap race of the weekend gets underway this afternoon at 13:25 local time/AEST.