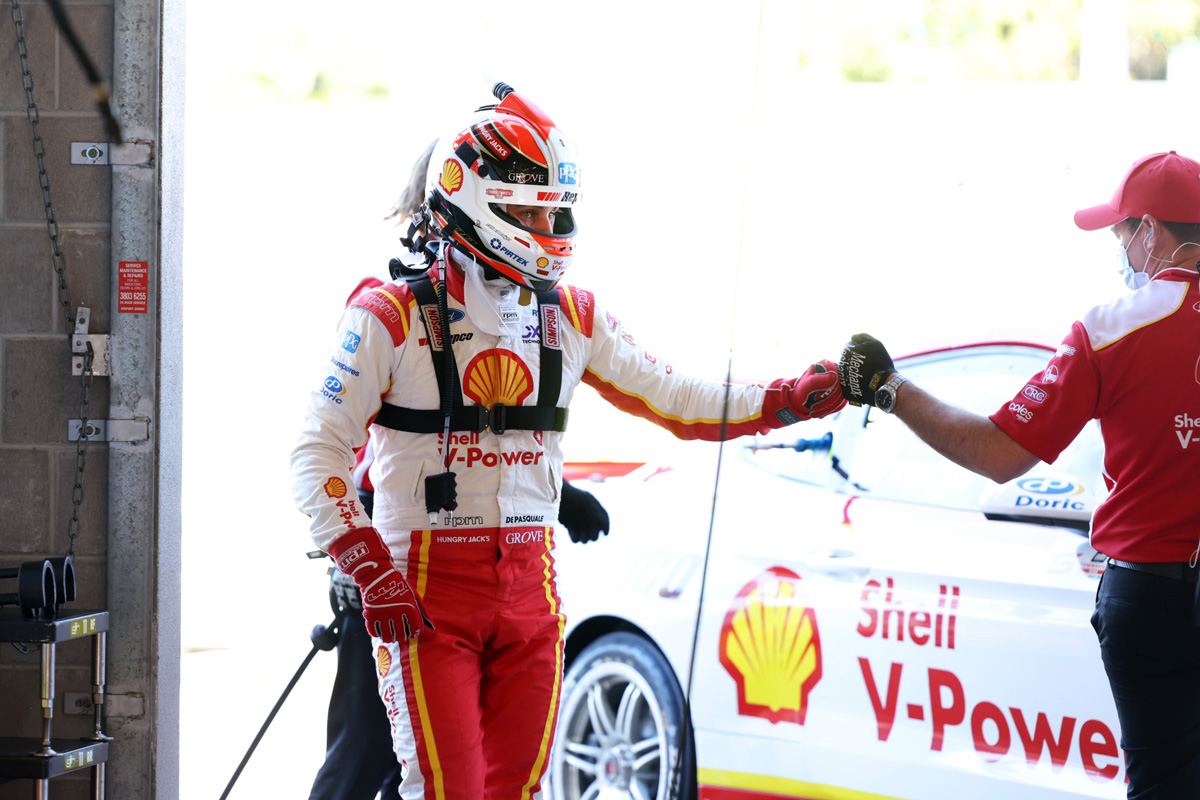 Anton De Pasquale and Dick Johnson Racing whiz Ludo Lacroix are preparing to play a high-risk, high-reward game in a bid to make a race of the Sunday running in Townsville.

Triple Eight enjoyed a Saturday of runaway success, locking out the front row and then taking a one-two in a race in which no rival finished within 30 seconds of either Shane van Gisbergen or Jamie Whincup.

De Pasquale was best of the rest, running a relatively lonely race to third.

Determined to give their archrivals a better run for their money, the #11 DJR driver and crew are intent on closing the gap.

“Our tyre life is good, we just don’t have the speed throughout the whole phase,” De Pasquale assessed after Race 15 of the 2021 Repco Supercars Championship.

“But we have got a decent gap to the next car, so I think we can afford to have a bit of a crack tomorrow because you don’t want to die wondering.

“So we’ll probably try something to close the gap.”

After a Darwin Triple Crown in which he was unable to convert supreme qualifying speed into end-of-race silverware, De Pasquale maximised his opportunities yesterday.

“We had probably the third fastest race car and got the third biggest trophy,” he noted.

It should have been a double top five for the Shell V-Power Racing Team but for a refuelling mishap for the sister car of Will Davison.

The #17 driver had fought back from a tricky opening stint to comfortably hold fifth place. However, an unscheduled third pit stop would relegate him to ninth, after his team learnt they’d missed the necessary fuel drop by a whisker.

“It’s obviously disappointing, just gutted for the team and for the guys,” Davison said post-race.

“It’s such a fine line and they do such a good job for half a mill[ilitre] or whatever it is. It’s a race in the pits and just gutted for them, but that’s the way it goes.

“I was pretty ordinary at the start so I was kicking myself a bit, the opening lap and then I really struggled in the early phase of the race but as it cooled off and the track gripped up, we started getting ourselves back into contention so I was enjoying at least coming back through.”

Davison continues to lead the Shell squad’s efforts in the drivers’ championship sitting fourth, four places ahead of De Pasquale.