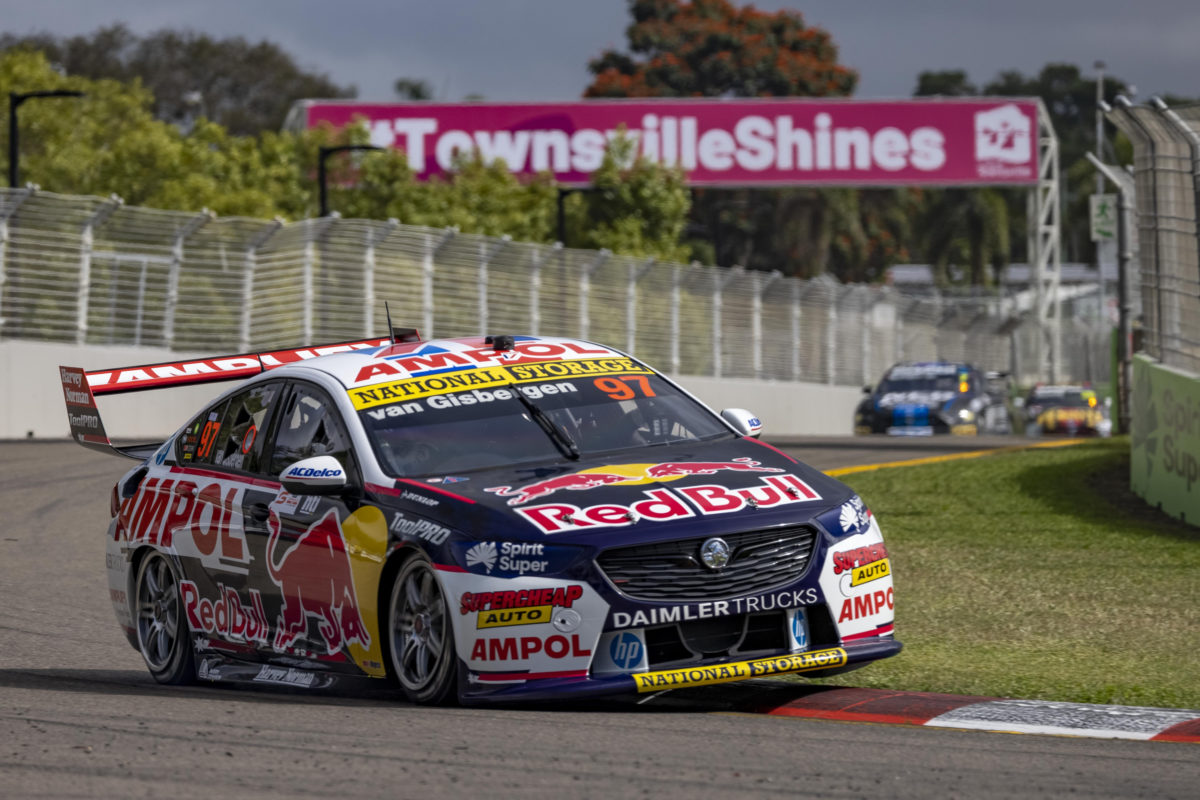 Shane van Gisbergen provisionally sits on pole for Race 15 of the Repco Supercars Championship at the NTI Townsville 500, for which Chaz Mostert qualified 17th.

Van Gisbergen will be last out in this afternoon’s Top 10 Shootout after clocking a 1:12.2801s in the #97 Red Bull Ampol Racing ZB Commodore, with CoolDrive Racing’s Tim Slade next-quickest.

The Shell V-Power Racing Team’s Anton De Pasquale was last into the one-lap dash, but Walkinshaw Andretti United’s Mostert will be a notable omission.

Mostert was only 15th ahead of the final runs with a 1:12.8374s in the #25 Mobil 1 Appliances Online ZB Commodore meaning he had to go again, as everyone else chose to do so.

The top 10 changed little in those last few minutes of the quarter-hour session, with Slade the only new addition.

It was after the chequered flag that Slade, on his third set of tyres, set a 1:12.3461s in the #3 Mustang which bumped Andre Heimgartner (#7 Ned Mustang) out of the Shootout.

The latter went no quicker on his final run, aborting the lap he was on when the chequered flag came out.

The Top 10 Shootout is scheduled to get underway at 13:05 local time/AEST.