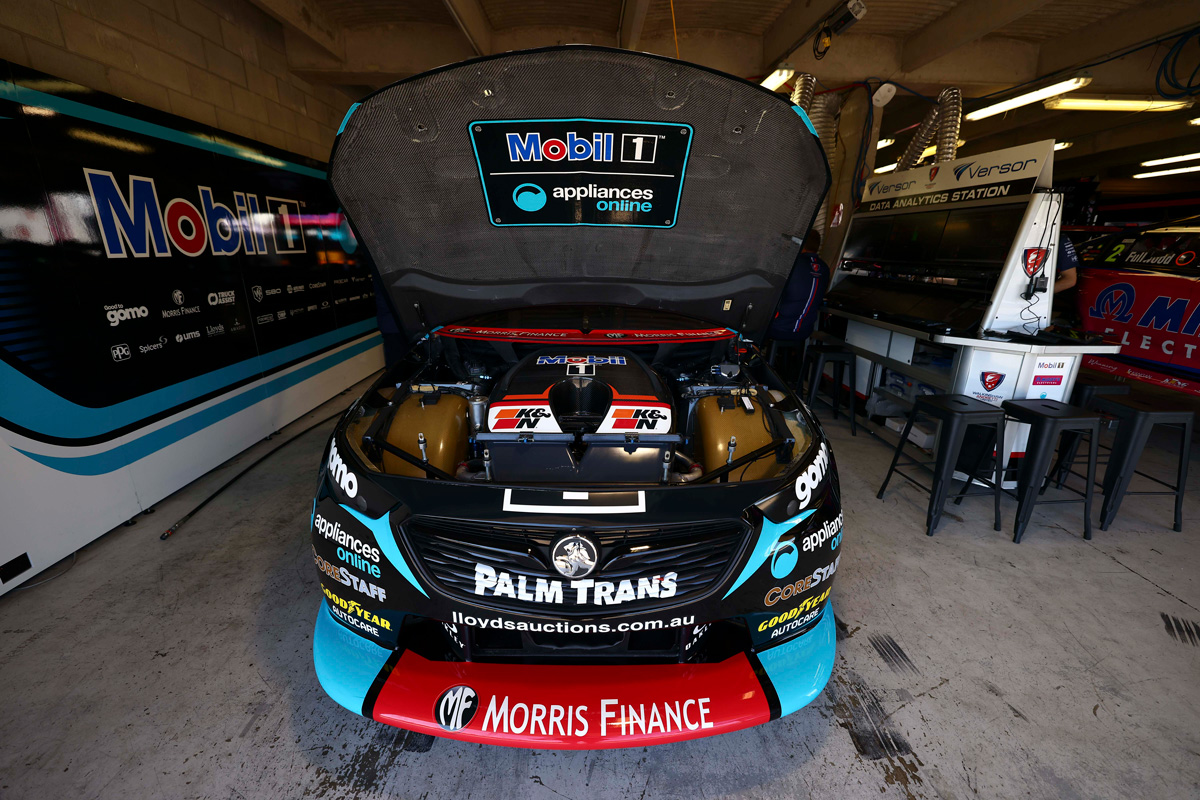 It has long been known that the Ford Mustang will house a 5.4-litre engine; however, there’s been plenty of speculation as to the size of the General Motors product.

In late May it emerged Supercars was evaluating 6.2-litre and 5.7-litre options. Now the category has confirmed the latter will be the engine of choice.

It marks a change from the current regulations whereby both Ford and Holden cars are powered by 5.0-litre engines.

There remains some questions around the final specification of the Gen3 GM engine, which is thought to be a stumbling block for at least one team making its commitment to the marque.

KRE Race Engines has been tasked with the development of the crate-based GM power plant while Mostech Race Engines is building the Ford engines.

Speaking with select media including Speedcafe.com, Burgess said he couldn’t go into extensive detail given the engine programme is still a work in progress, but went as far to confirming the capacity.

“Some of that stuff is still in their hands and I don’t think it’s right for me to outline all the technical details of that engine while they’re still working through their options.

“So when they have got something locked down and they present it to Supercars, then we will probably be able to give you a bit more detail around it.

“But it’s not for us to be able to dictate to them in its entirety what the engine spec is.

“We’re working with them and we’re obviously consulting with both the builders continuously, but at the moment I can’t really outline what they want to put forward; that’s their decision, not ours.

“They are a long way advanced with it, but it’s not a straight off-the-shelf road car engine anymore,” he added.

“Our engines never have been. So like all these things, they’re an accumulation of the parts.

“So to reach all of those sort of metrics that we’re trying to hold them to, it’s complicated.

“So it’s not as easy as saying it’s an LS3 block or LS3 heads or they’re bespoke heads or it’s an LTR block. It’s not that straightforward.

“From the outside, people might think it’s that straightforward but it isn’t.

“There’s a lot of factors in this thing and Supercars aren’t in a position to tell you what it is until those guys are happy with what they are presenting, and they are still working through that.”

Mostech and KRE will put together proposals to Supercars which will contain projected costs, which Burgess said will then give teams the confidence to make a decision if they haven’t already.

“The first thing is we have got to build the car and go and test with the car and then some of the technical regulations will come out of the testing.

“So I think the engine builders are working flat out to get that information available to the teams and then they can make a choice then.”

Burgess has previously flagged the ability to utilise United States-based specialists Ilmor should there be a need for help to ensure engine parity, especially given the difference in capacity and specifications.

“If we feel we’ve got two engines and we can’t fix any differences that we see in them ourselves with the equipment and the people we have got in Australia, then we’ll certainly go to America and finish the job, so to speak, using Ilmor’s facility,” he told media last month.