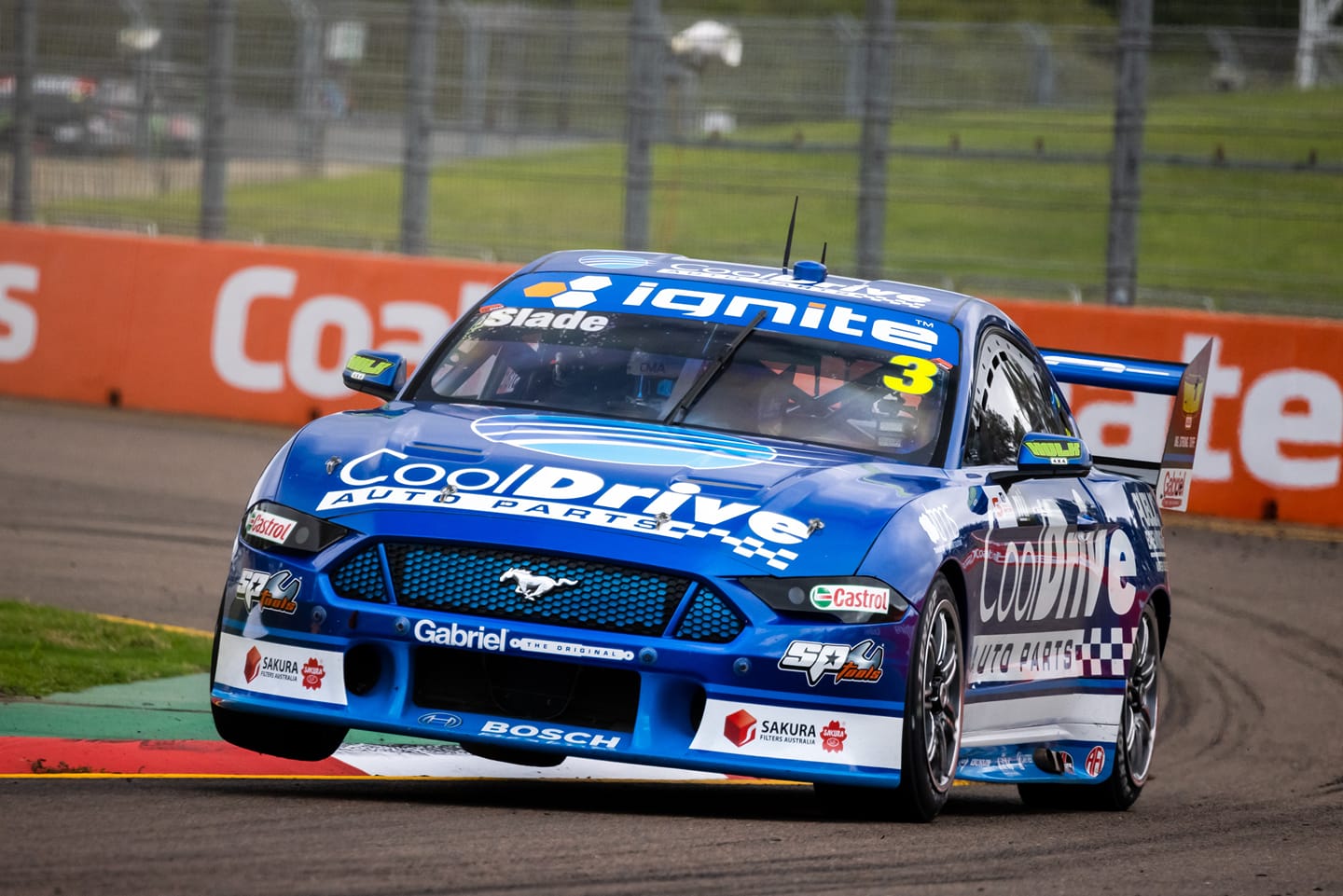 With a previous best seventh on two occasions at The Bend Motorsport Park and Hidden Valley Raceway, the Blanchard Racing Team pilot drove from eighth to sixth in the 250km race.

Slade was particularly strong in the first phase of qualifying on Saturday morning where he was second to Red Bull Ampol Racing’s Shane van Gisbergen, who swept the day’s three sessions.

The 35-year-old, who sat out last year’s championship, went on to challenge Penrite Racing’s David Reynolds for fifth but ultimately fell short in the 88-lap affair.

Nevertheless, Slade was upbeat about his and the team’s performance in what marked their first finish in a 250km race.

It marked a turnaround for the team having struggled in Friday’s pair of practice sessions where they had been only 19th and 16th fastest.

“Qualifying, I was super happy after that,” Slade told Speedcafe.com.

“Just because we struggled yesterday. We chipped away at it throughout the session, not just with the car, there’s stuff in my driving as well that I’ve worked on from yesterday. It’s just nice to see it all come together.

“It was disappointing to drop from second to eighth [in the Top 10 Shootout] but around here in the race you need a good race car. Those Red Bull guys could have started last and still won given the speed that they have.

“We knew we could race from eighth and the guys did a really good job with the strategy. I had decent car speed, decent deg[radation], and it was good to move forwards.”

Blanchard was similarly upbeat after a good showing for the one-car outfit.

He and Slade noted the efforts of engineer Mirko De Rosa and team manager Brendan Hogan as being influential in netting their fifth top 10 finish of the season.

“It’s a good day for the team and another step forward in a longer race,” Blanchard said.

“I think we were able to use the strategy and Sladey’s experience at managing stints to our advantage.

“I think it was a pretty good day overall for the team.

“I feel like every round we come to we take a step forward. The last two rounds we’ve been consistently around the back of that top 10 and we were there again today.

“We’re in there chipping away and improving.”

While Slade is only a handful of places away from the team’s first podium, he’s not getting carried away with the thought of it.

“I just take it as it comes really,” he said.

“It’s a bit cliche, but we’ll keep doing our thing and making sure that we keep executing. There’s nothing more we can really do.

“We all do our jobs and if it all clicks we’ll get the result.”

The Blanchard Racing Team will be back on track tomorrow for qualifying at 10:10 AEST.