Robotham out for weekend after Super2 practice crash

Robotham out for weekend after Super2 practice crash 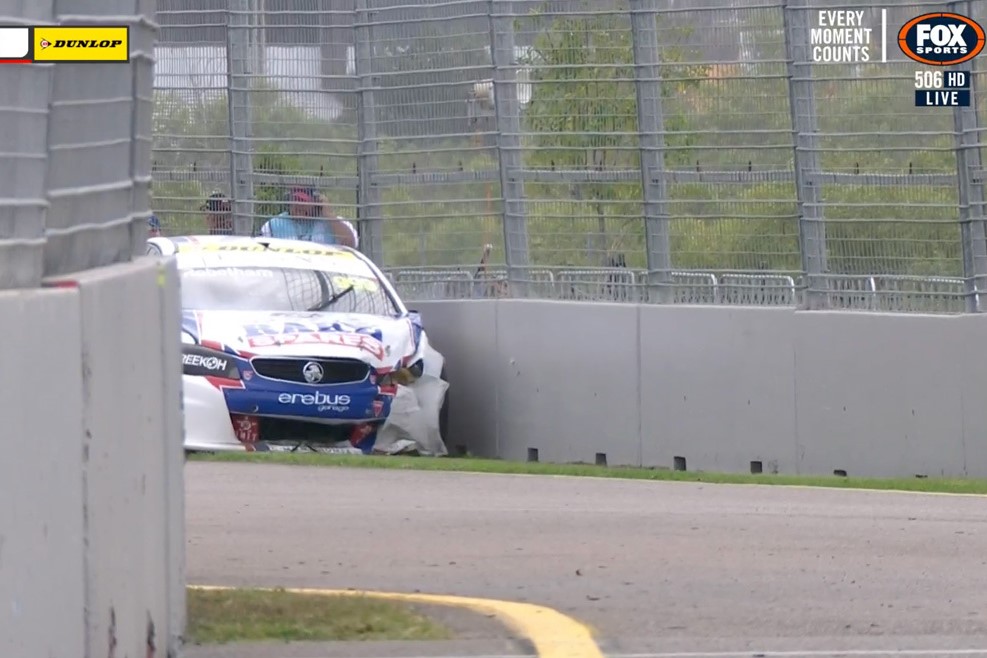 Jaylyn Robotham will take no further part in Round 2 of the Dunlop Super2 Series after a crash in Practice 1 in Townsville.

The Super2 rookie was caught out by tricky conditions as rain fell at the start of the 40-minute session, although not heavily enough for wets.

He ended up in the wall at the exit of Turn 8, causing significant damage to the #999 Image Racing VF Commodore.

Team owner Terry Wyhoon has advised Speedcafe.com that the car will be repaired during the week, with Super2 also supporting the second Townsville event, seven days from now.

“It was a little bit greasy out there; I hit the kerb a bit hard, and ended up a bit wide, and hit the outside kerb and sort of just went straight into the wall.

“The boys are working hard, hopefully we can get out before the end of the weekend, but if not, there’s always next weekend.”

Robotham made the step up to the second tier of Supercars after winning the Super3 class in all four races which were run last year, on the same grid as Super2, and is part of the Erebus Academy.

Triple Eight Race Engineering’s Broc Feeney was fastest in both practice sessions at Townsville, with Qualifying for Race 1 of the weekend coming up today from 10:35 local time/AEST.