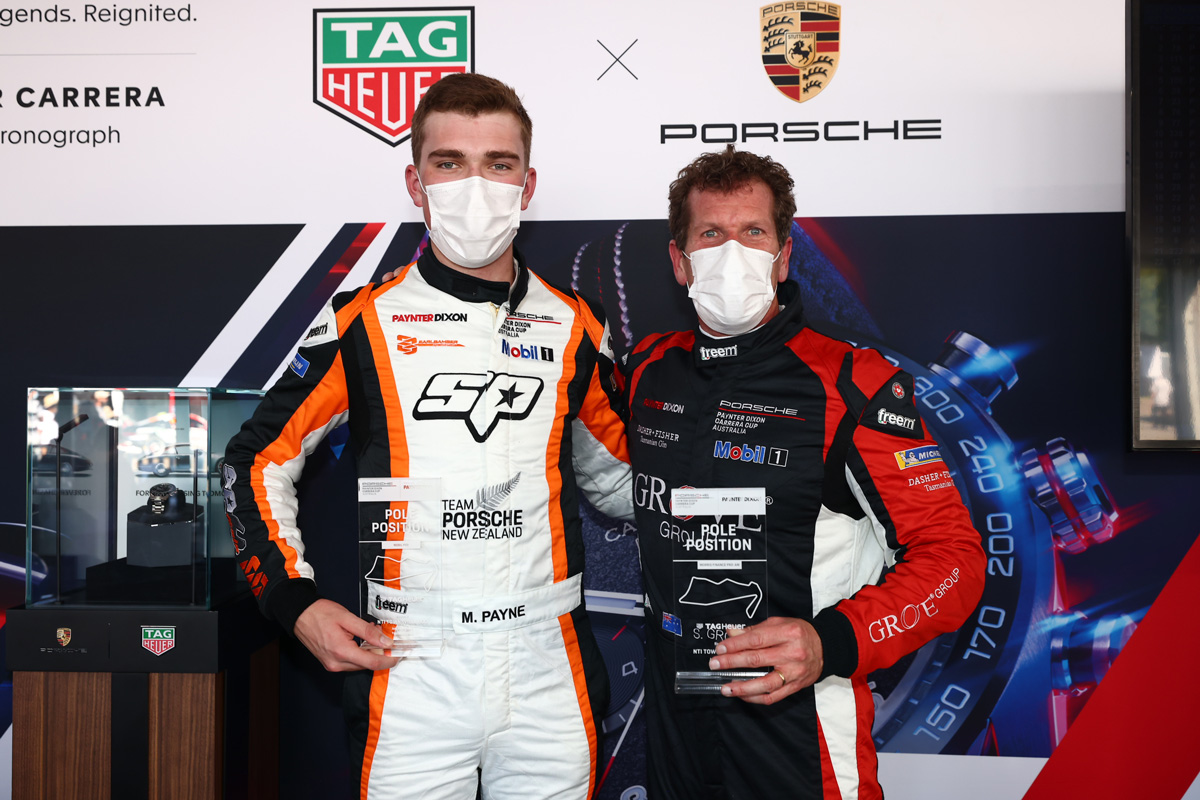 Payne finished the 25-minute session more than two tenths clear of his nearest competitor, being the only driver to dip into the 1:13s.

Having also scored a pole position the previous round at Tailem Bend – meaning he’s now got two poles from three career attempts in the category – Payne will share the front row with fellow youngster Aaron Love.

“At the start we were all running on the first set of tyres and I think Harri [Jones] might have had an issue down at the tight chicane at the back and it made that kerb really slippery, so I had a few moments there,” said Payne.

“But after the session got red flagged, came in, changed to the second set of Michelins and the track cleared up and I found myself in a bit of space.

“There were a few cars interrupting us but overall it was a pretty good session.

“The last set came on really well and we phased them in right and the time was just mega, so couldn’t be happier.”

Any efforts to make late improvements were somewhat scuppered by a Sam Shahin error which brought out yellow flags.

Craig Lowndes and Luke Youlden struggled to 10th and 15th, respectively, while Jones will start 22nd and last after his #12 entry ground to a halt in the opening stages to trigger a red flag period.

“It’s frustrating that I couldn’t get a lap in but the boys will have it fixed up and I guess we have got a bit of work to do in the race.

“But we’re with the right team, we have got a good car underneath us so all we can do is move forward.”

“The first two practice sessions I was really trying to get the GT3 R out of me, it’s a completely different car as you carry a lot more corner speed with all the aero and pick-up the throttle a lot earlier,” said Grove.

“As a result, I was getting too much understeer in the Cup Car from carrying too much speed into the corners and getting a lot of wheel spin coming out of the corners, so I really had to reset and spent a lot of time last night looking at data.

“But today it came together. The Pro-Am class is unbelievably tight this year, I thought yesterday’s lap in practice was okay, but it really was not.

“That just shows how good this category is and I’m really proud to be here standing in front of you.”