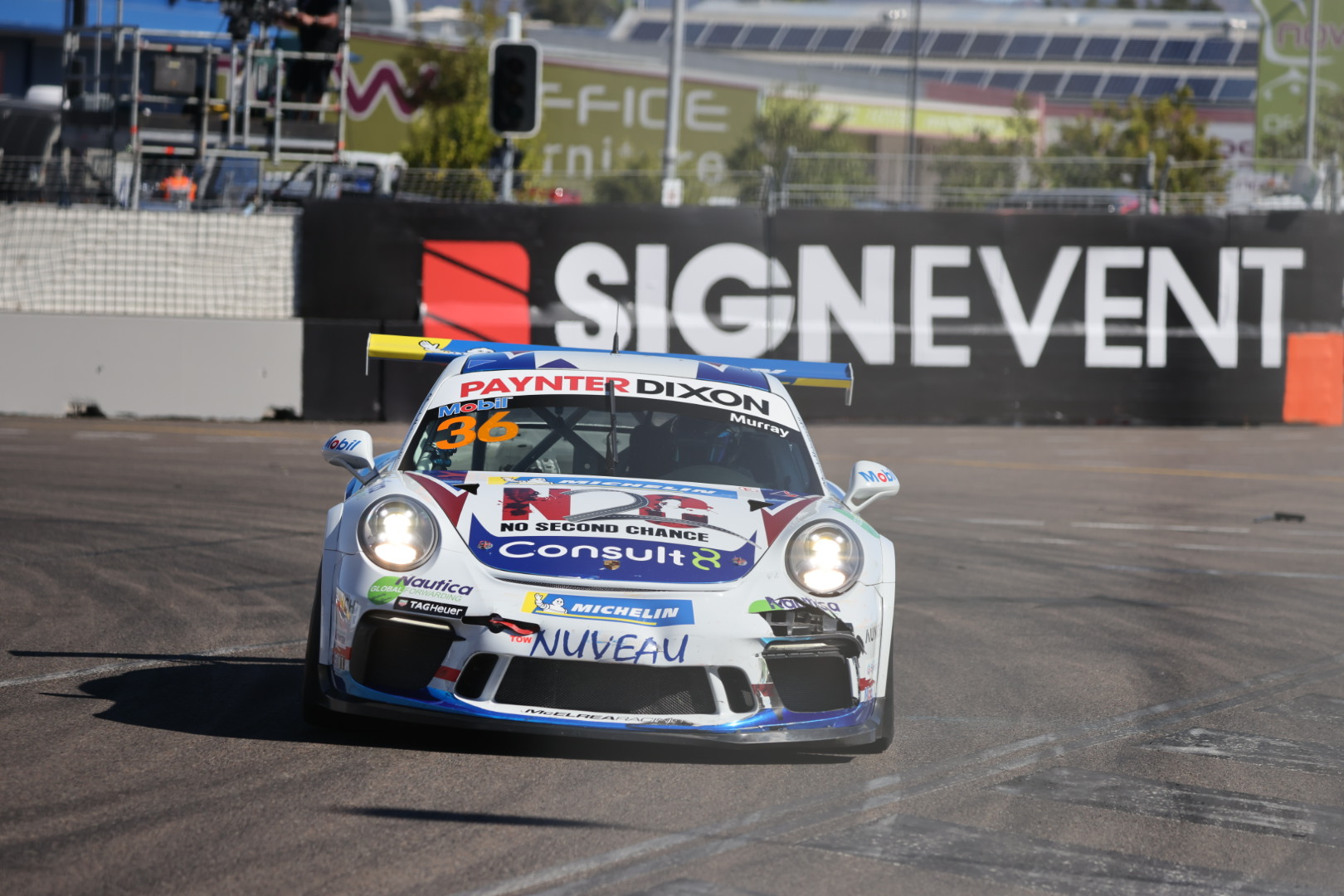 Cooper Murray has taken victory in the opening Porsche Paynter Dixon Carrera Cup Australia race in Townsville but will be the subject of a post-race investigation.

Murray tagged Aaron Love at Turn 2 on the fifth lap whilst battling for the lead, with the contact spinning the latter.

Series leader Cameron Hill initially passed both cars to move to the front, only for Murray to reclaim the advantage later that same lap.

Murray went on to take the chequered flag with a 4.3427s margin to Hill but a Porsche Carrera Cup Australia spokesperson has confirmed there will be a stewards investigation into the contact with Love.

That could potentially elevate Hill to a sixth straight race win this season, with David Wall completing the on-track top three.

The 17-lap race was filled with action, beginning with pole-sitter Matthew Payne bogging down on the start line and narrowly being missed by the oncoming pack of cars.

On Lap 4, veteran Supercars co-drivers Luke Youlden and Dale Wood came together, in scenes reminiscent of their clash in the 2019 Sandown 500.

“We had a pretty ordinary qualifying with a gearbox pump failing, so we probably shouldn’t have been down where we were for a start.

“It’s a bit challenging being left-hand side but he knew he was compromised. I don’t know, just one of those things, I guess.”

Both those cars made at least one visit to the pits, as did Love after outbraking himself into Turn 2 three laps after his run-in with Murray.

The carnage allowed for some fine comeback efforts: Harri Jones making up 15 places to finish seventh and Payne recovering to 10th.

After the top three came David Russell and then Craig Lowndes, who pipped Christian Pancione on the final lap.