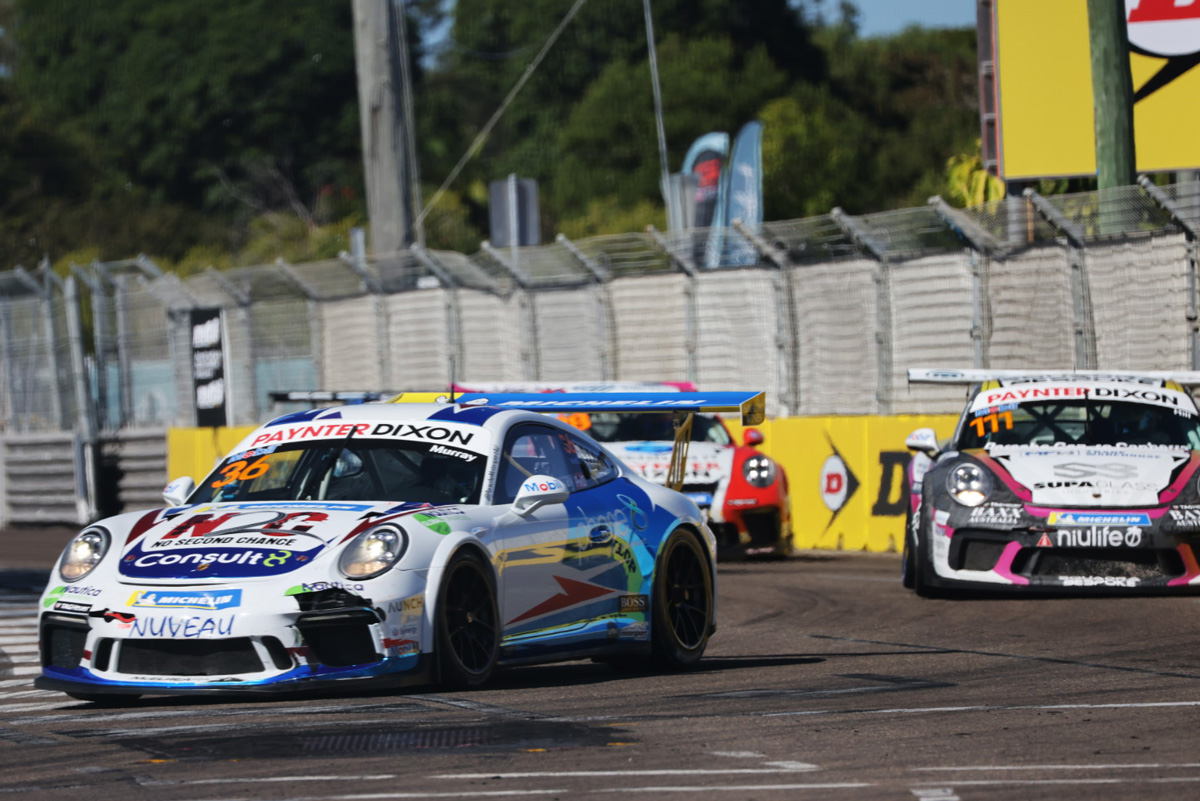 Cooper Murray runs ahead of Cameron Hill at Townsville

Cooper Murray has been slapped with a five-second penalty that has seen victory slip from his grasp in Race 1 of Porsche Paynter Dixon Carrera Cup Australia at Townsville.

Making matters worse, a timing issue discovered post-race – whereby margins were incorrectly reported after 17 laps when the race was actually declared after 16 – has increased the pain of that five-second sanction.

Murray has subsequently dropped off the podium to fourth, having been stung post-race for spinning then race leader Aaron Love on Lap 5.

Hill now has won six races on the trot, as he continues to blitz the field in 2021.

“Pretty mental first race for the weekend, we started third which is pretty good seeing that we lacked a bit of pace yesterday in practice, but we tuned the car up for the race,” said the Canberran.

“Matt [Payne] stalling in front of me, only just missed him and from there was obviously a bit more action of front and we found ourselves in the lead briefly, before Cooper got back past me.

“I then settled into a rhythm and maintained my gap to him.

“I just [was] focusing on putting myself in good positions that weren’t too high-risk and [it] all fell our way which is good.”

The Carrera Cup field will line up for another two races tomorrow.