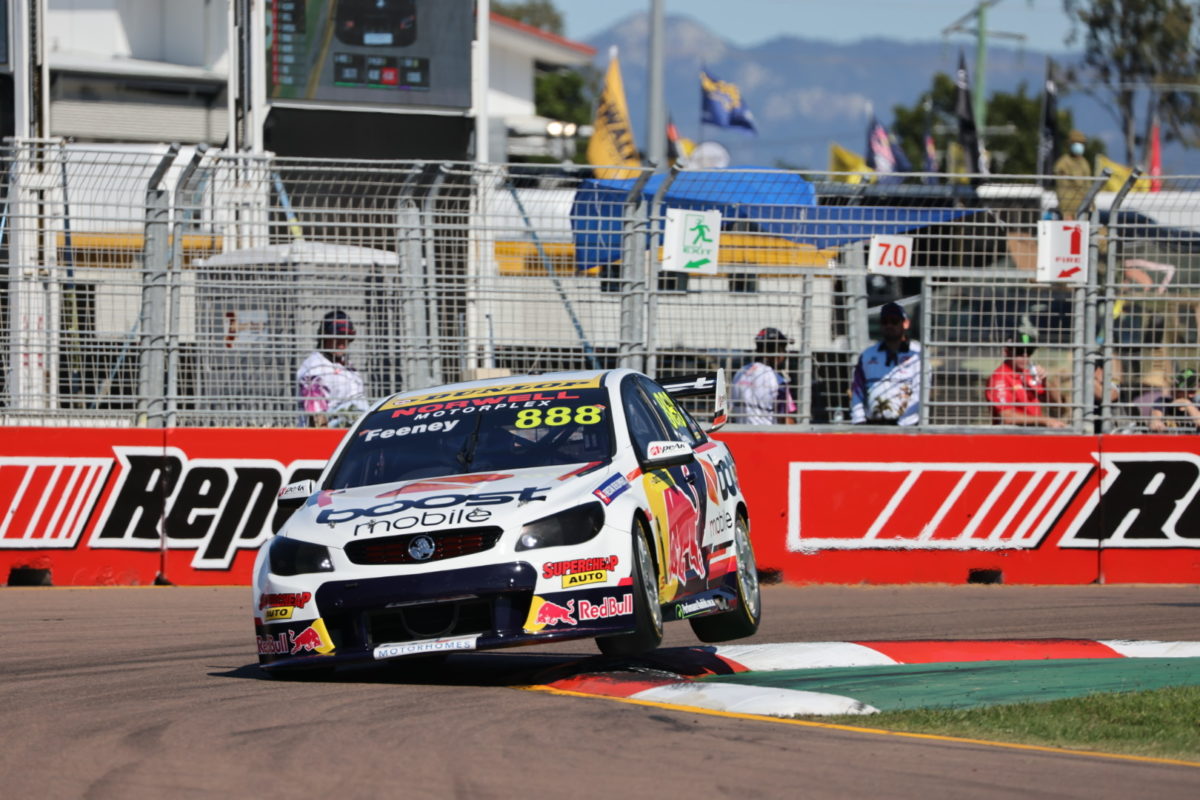 Broc Feeney has his first ever pole position in the Dunlop Super2 Series after edging Jayden Ojeda in Qualifying for Race 1 of Round 2 at Townsville.

The Triple Eight Race Engineering driver clocked a 1:14.2135s during his latter run which knocked MW Motorsport’s Ojeda off his perch by a mere 0.0336s.

That stood as best until Feeney came back out for his second run, usurping Ojeda in the second-last of 10 minutes despite his second sector being slower than personal-best.

“I think there was a little bit [of pressure]; maybe it wasn’t the smartest going quickest in both sessions yesterday,” said Feeney.

“I’m excited, I’m so excited. What a way to start the weekend.

“I cannot thank my team enough; I’m loving being in this team this year and the results are showing.”

The session saw the Super2 and Super3 classes qualify in separate groups for the first time, and it was Michael Anderson (Anderson Motorsport) who was best in the third tier.

He ended up 15th-fastest outright after driving his Tickford Racing-built #5 FG Falcon to a 1:15.9894s on his second of just three flying laps, one position and 0.1562s up on Nash Morris (#67 Flash Bush Motorsport FG Falcon).