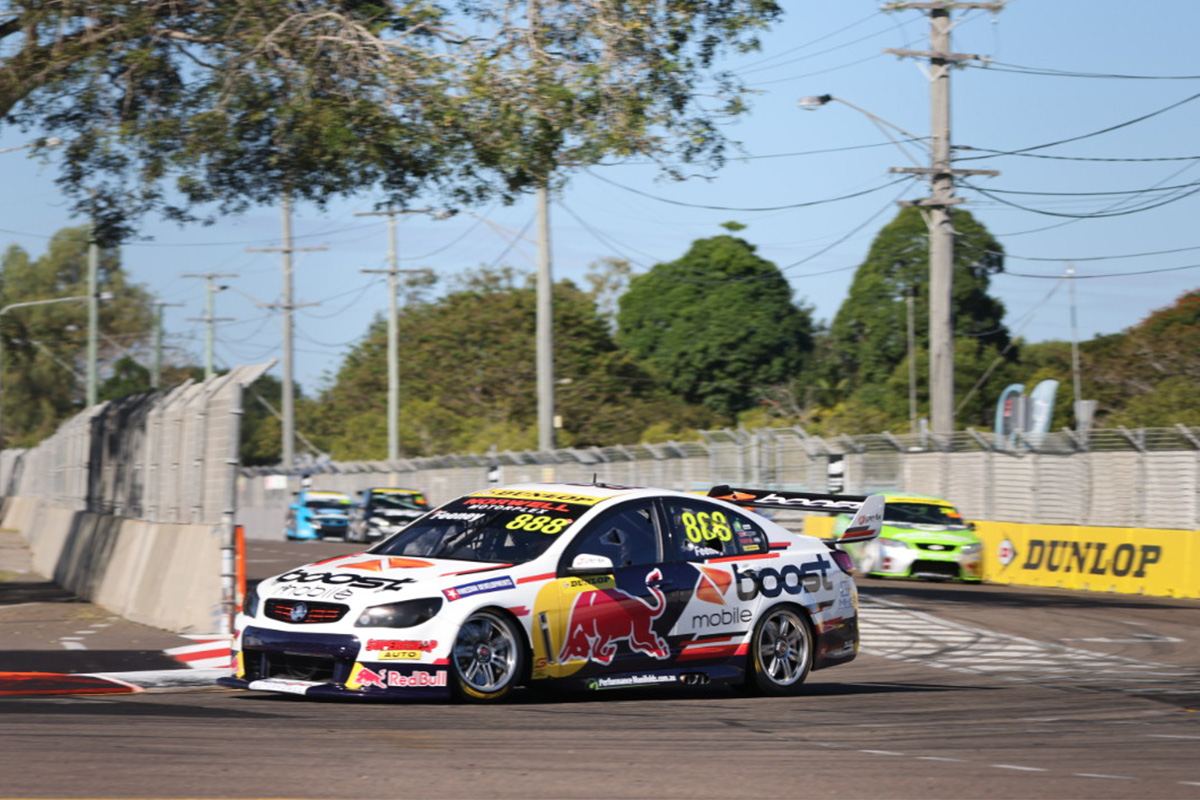 Broc Feeney has dominated Race 1 of Round 2 of the Dunlop Super2 Series at the NTI Townsville 500.

The Triple Eight Race Engineering driver got the jump from pole position and led MW Motorsport’s Jayden Ojeda for all 21 laps around the Reid Park Street Circuit.

The official margin of victory was only 0.7326s but it had been almost seven seconds before the final two-and-a-bit laps were run under Safety Car.

Either way, Feeney is back into the lead of the series, by 12 points over Tickford Racing’s Zak Best, who finished fourth.

Best (#78 FGX Falcon) and Aaron Seton (#30 Matt Stone Racing VF Commodore) touched as the former made the pass for fifth exiting Turn 2, with the latter shuffled back to ninth by the time he got to the next braking zone.

Seton lost another position before the standing lap was out when Jordan Boys (#49 Image Racing VF Commodore) dived down the inside at Turn 11, as Feeney pulled six tenths clear at the front.

The race leader added another six tenths or so to his margin on each of the next two laps, and was 2.3s to the good after four laps.

Ojeda had more to worry about in his mirrors, the Sydneysider coming under early pressure from Blanchard, as did Mouzouris from Best in the battle for fourth.

Mouzouris plummeted to 18th outright, last of the 15 Super2 drivers, when he reportedly stopped on-track on Lap 9 and had to restart Car #6.

The drama meant that Boys’ pass on Zane Morse (#11 Zane Morse VF Commodore) at Turn 3 on Lap 10 was for seventh, as Feeney eased to four seconds clear.

Car #888 lost time when Feeney caught traffic on Lap 14, but Ojeda had even more trouble threading his way through the Super3 class backmarkers and was almost 5.5s behind by the end of Lap 15.

They were separated by 6.8s when a Safety Car was called on Lap 19 after Josh Fife had a lurid slide into the Turn 2 run-off area, pulling brake markers off the fence with his rear wing endplate and nudging Morse.

Although replays were inconclusive as to the root cause of the incident, Fife’s #28 MWM Nissan Altima was seen with damaged left-front suspension as he drove away from the scene.

Despite the Canberran getting mobile again, the race finished under Safety Car conditions, with a top four of Feeney, Ojeda, Blanchard, and then Best.

Morris claimed second in Super3 and 16th outright, one position up on Reef McCarthy (#61 Image FG Falcon), while Fife was not classified a finisher.