Waters: Townsville marbles could lead to ‘a few shunts’

Waters: Townsville marbles could lead to ‘a few shunts’ 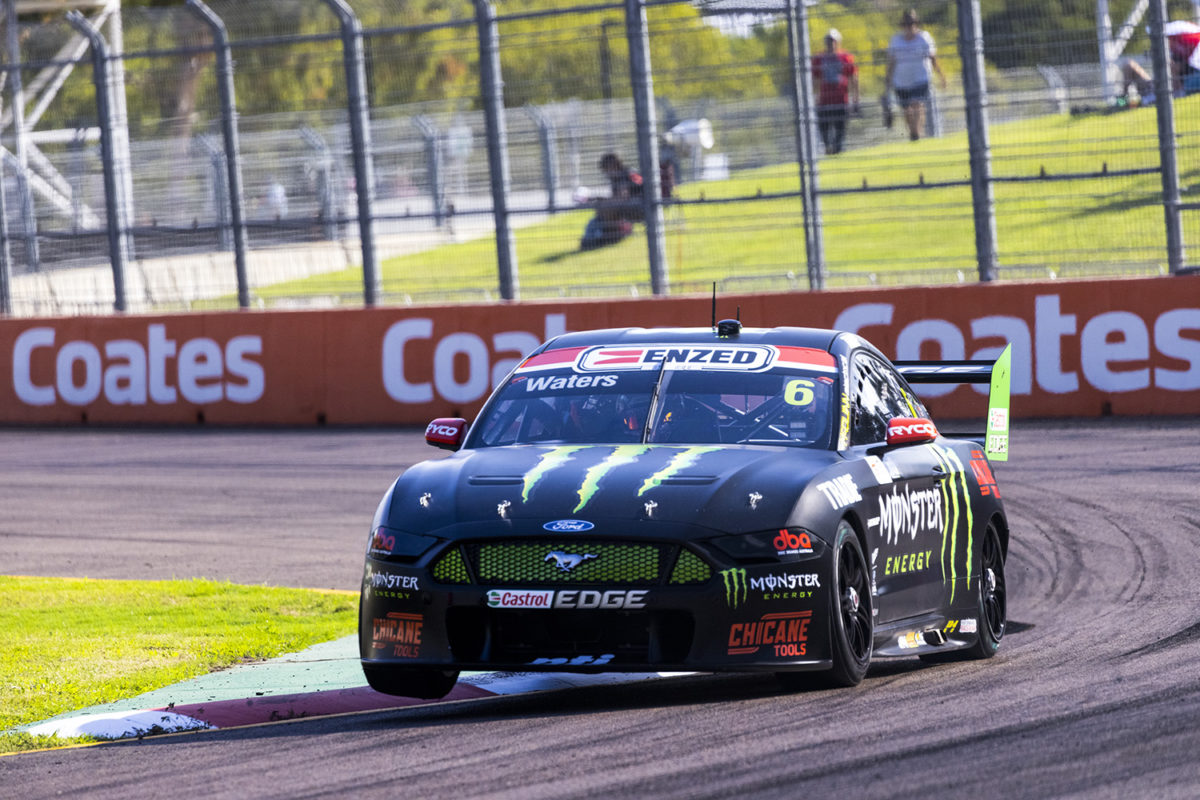 Cameron Waters believes the extent of marbles at this weekend’s NTI Townsville SuperSprint could quite easily lead to “a few shunts”.

Tyre degradation was a talking point after the two, 40-minute practice sessions for the Repco Supercars Championship field, with the wear even higher than had been anticipated.

The Reid Park Street Circuit was already considered tough on the left-rear in particular, such is prevalence of loaded right-handers in the second and third sectors.

That also presents the possibility of an accumulation of marbles to the outside of the race line and, according to Waters, could bring several unstuck during the 88-lap races which will unfold across tomorrow and Sunday.

“I think the deg’s been pretty full-on today, probably more so than what we would usually have here,” observed the Tickford Racing driver, who was third-fastest in practice.

“The other thing is probably the marbles; I think they’re going to be quite bad after 88 laps, so expect probably a few shunts and whatnot if you get off-line and get a bit of pick-up.”

Shane van Gisbergen and Nick Percat had forecast more exciting contests in Townsville than those seen at recent events, due to the characteristics of the circuit and the strategy options available in 250km races.

The former of those drivers set the pace in practice, during which he observed what he had expected in terms of tyre degradation.

“Qualifying’s still going to be pretty intense tomorrow but certainly in racing here, you’re going to have to think about tyre wear,” said the Triple Eight Race Engineering man.

“When we were starting P2 on those old P1 tyres… The deg is huge here, so hopefully that makes some good racing for us.”

Van Gisbergen won the most recent race in North Queensland from 12th on the grid, having only been ninth at a Safety Car restart with nine laps of 39 to go, but on newer tyres than those ahead.

The championship leader thinks qualifying is “not very” important in Townsville and, when asked if a race could be won from anywhere, responded, “Yeah; I think I started 14th or something last year.”

Will Davison, who was second-fastest in practice, agreed tyre management will be a significant factor, but welcomes a change to the rhythm.

“I think we all expected that [high degradation] coming here, certainly compared to Darwin and Tailem Bend where we’ve been, where the tyre wear is minimal,” remarked the Dick Johnson Racing driver.

“Obviously, everyone will be studying their tyres tonight and trying to find that fine line between performance and wear [because] the tyres are copping it, for sure.

“It’s an exciting challenge; I really enjoy this element of it. It’s good to have a bit of everything; you know, some tracks where you can just be flat-out [for] the whole stint, and others where you’ve got to manage it.

“I think we’ve got some pretty long stints ahead of us tomorrow and Sunday, and there’s going to be some different strategies with the fuelling.

“It’s going to be very interesting to see drivers that want to torch their left-rear tyre could be in a bit of trouble at the end of a long stint, but we’ll see what pays off in the end.

Qualifying for Race 15 of the season is set to start tomorrow at 11:15 local time/AEST, although the grid will not be finalised until a Top 10 Shootout which gets underway at 13:05 local time/AEST.