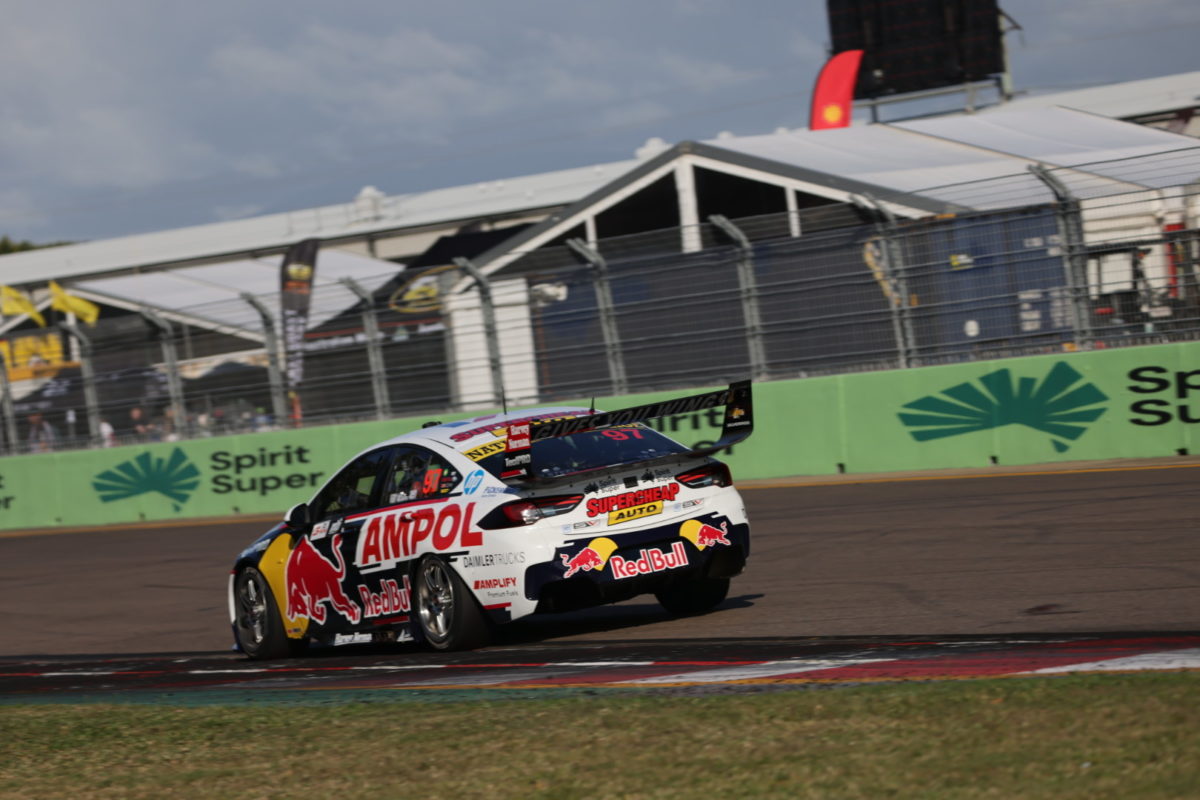 Shane van Gisbergen has gone fastest in Practice 2 for the Repco Supercars Championship field at the NTI Townsville 500.

With the 40-minute hit-out being the last before tomorrow morning’s qualifying session, teams focused more on single-lap pace than they had done in Practice 1.

Red Bull Ampol Racing’s van Gisbergen clocked a 1:12.3819s in the final minute before the chequered flag, after which Shell V-Power Racing Team’s Will Davison slotted into second with a 1:12.5043s.

Tyres were a talking point throughout the session, with a relatively high level of degradation on the Reid Park Street Circuit apparent.

Those times were the best until Chaz Mostert (#25 Mobil 1 Appliances Online ZB Commodore) jumped from 20th with a 1:12.9130s on his second run.

Van Gisbergen went on a relatively long, eight-lap first run (including in lap), before Triple Eight Race Engineering reportedly fitted new shocks and springs, as well as new tyres, on all four corners of the #97 ZB Commodore.

Brown split them with a 1:12.6354s with just over five minutes remaining, Erebus Motorsport appearing to send its drivers out relatively early for their final pushes.

Van Gisbergen moved back up two spots in setting the 1:12.3819s that would be fastest of all, before De Pasquale, Percat, and then Le Brocq nabbed third position in quick succession.

With the chequers flying, Davison jumped from 13th to second, while Whincup was an even later improver from 17th to sixth on a 1:12.5782s.

Van Gisbergen, who was ninth-fastest in Practice 1, remarked, “It didn’t feel that good but car is obviously good. It’s just trying to get some feelings that I know can be better.

“Obviously, everyone is struggling with some things; the track was super slippery this morning but it’s all good.

“We had a bad session one but these three-day weekends are really good; you can take your time and be thorough.

“We loaded Jamie’s set-up basically and straight away the car was much better.”