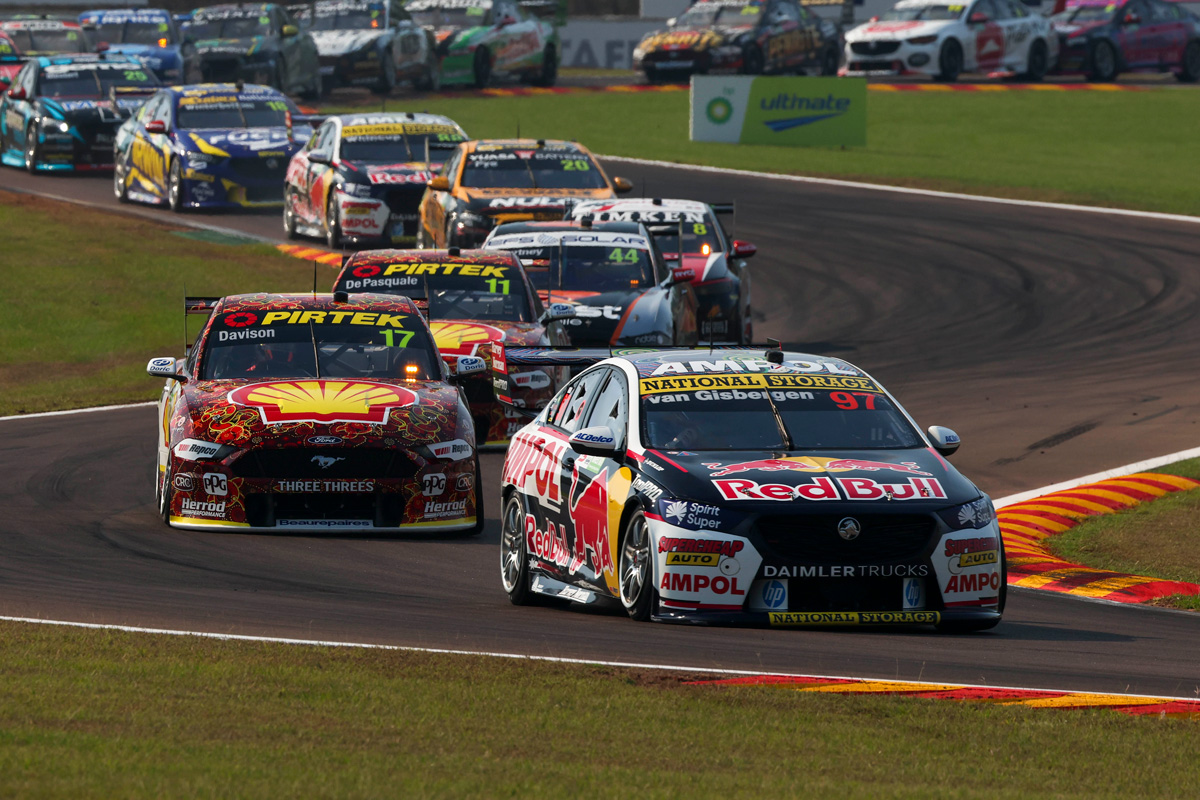 That reward was earned by its previous pairing of Scott McLaughlin and Fabian Coulthard’s efforts, the former who claimed three drivers’ championships with the team then known as DJR Team Penske.

Since then, the Stapylton-based team has undergone a shake-up with McLaughlin and Coulthard replaced by Davison and De Pasquale.

After a rocky start to the season, the new driver line-up has come good in recent events.

Notably, the team has claimed the last five pole positions, although only one of those has been converted into a win.

“[Qualifying well] always makes the job easier, and I do think we made some gains [at Darwin], but certainly they’ve been fast again,” van Gisbergen said of the Dick Johnson Racing duo.

“We just lack a little bit sometimes, especially in the colder races. I think we’ll get better.

“It’s more everyone else. Jamie is second in the championship. You’ve got Chaz and Cam [who] are probably going to be there more than these guys [De Pasquale and Davison].

Van Gisbergen holds a 221-point advantage over Whincup in the championship with Mostert not far behind in third, 230 points adrift.

Meanwhile, De Pasquale sits eighth – 599 points in arrears – with Irwin Racing’s Mark Winterbottom and Nick Percat of R&J Batteries Racing ahead of him.

Despite being the runaway leader with eight wins in 2021, van Gisbergen has relished the added competition this year from Walkinshaw Andretti United, Tickford Racing, and elsewhere.

“You can see it on track, the battles between us are awesome. It’s been really cool to be part of.”

The NTI Townsville 500 begins today with Practice 1 for the Repco Supercars Championship from 10:50 AEST.