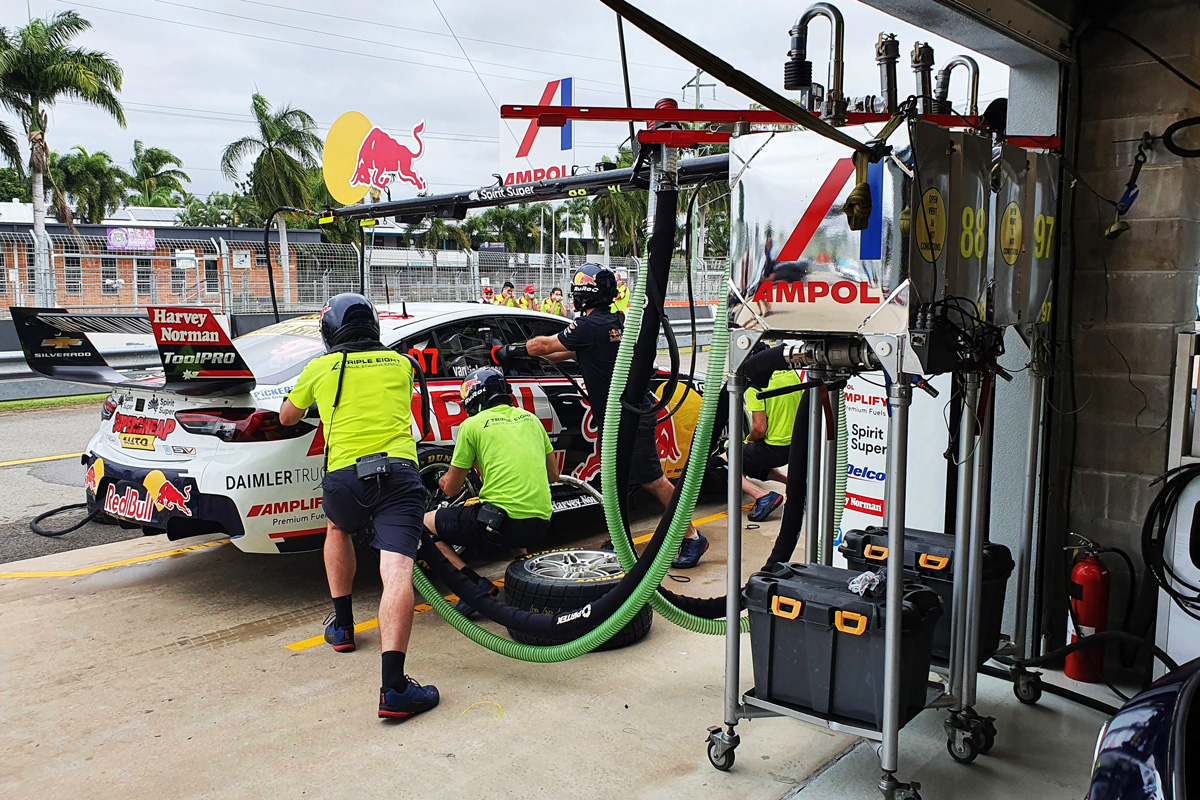 Supercars was approached by at least one team on set-up day at the NTI Townsville 500 with concerns relating to the capacity of the Banyo-based team’s refuelling rigs.

Concerns were raised on Thursday when one team spotted the refuelling tank, which appeared to be bulging significantly more than other tanks in the pit lane (see below for a comparison).

Several teams Speedcafe.com spoke to noted the appearance of the tank, one labelling it “clearly illegal” and balloon-like while another said the team was “taking the piss”.

It was theorised the team was able to fit more fuel in its rigs, thus creating more head pressure and allowing for a faster fuel flow with the knock-on effect of a faster pit stop.

However, that’s been dismissed by Dutton. A Supercars spokesperson also confirmed to Speedcafe.com that the fuel tanks are legal.

“At the start of every season, Supercars calibrate so that everyone’s 120-litre drop is the same,” Dutton told Speedcafe.com.

“It’s not just in millimetres, obviously millimetres relative to the shape of your tanks. Supercars have a record and they have a record to see the last two, three years our tanks haven’t changed.

“Some teams in the past, apparently, have made tanks. You’re not meant to do that. It’s a supplied thing. We get it from whoever made them way, way back when. We’ve had the same ones.

“Every year, Supercars monitors and checks them. There’s no change for this weekend. Some teams are having a moan that they’re different to theirs.

“If someone wants to protest, I don’t know what they’ll be protesting. Because to protest you obviously have to supply evidence to what rule we’re breaking. We’re not breaking any rules. That’s just how the tanks are, how they’ve been for years.” Asked why the team’s refuelling rigs were noticeably more rotund than others in the pit lane, Dutton said that was due to how the team had stored them.

The team also argued that the chrome wrap exacerbated the appearance of the bulge.

“Because they’re stored with caps on them, sealed, if you don’t store them nicely, in the heat they expand,” he explained.

“Like anything, once you expand a certain amount, it deforms and doesn’t come back.”

Supercars head of motorsport Adrian Burgess spoke with the team on Friday morning in relation to the tanks.

While Dutton said its rigs are legal, he wouldn’t rule out a change to keep the peace.

“Adrian has come and seen me this morning,” said Dutton.

“I’ll go in for a chat and see if we can play nice for other people.

“We’re here to do a double-header at an awesome event and not worry about schoolyard whinging. We’ll play nice.

“They’ve asked us to propose something that could help.

“We’re here to compete and have a good event. This schoolyard whinging is not worth the effort. We’ll do something.

“We’ll have to speak with [Supercars]. We don’t have to do anything actually, because we’re not breaking a single rule.

“We don’t have to do anything. We might choose to do something to play nice, but let’s be clear, we’re not breaking, we’re not bending any rule, we’re not doing anything wrong whatsoever.

“If we change something it’s purely being extra nice. We don’t have to.” 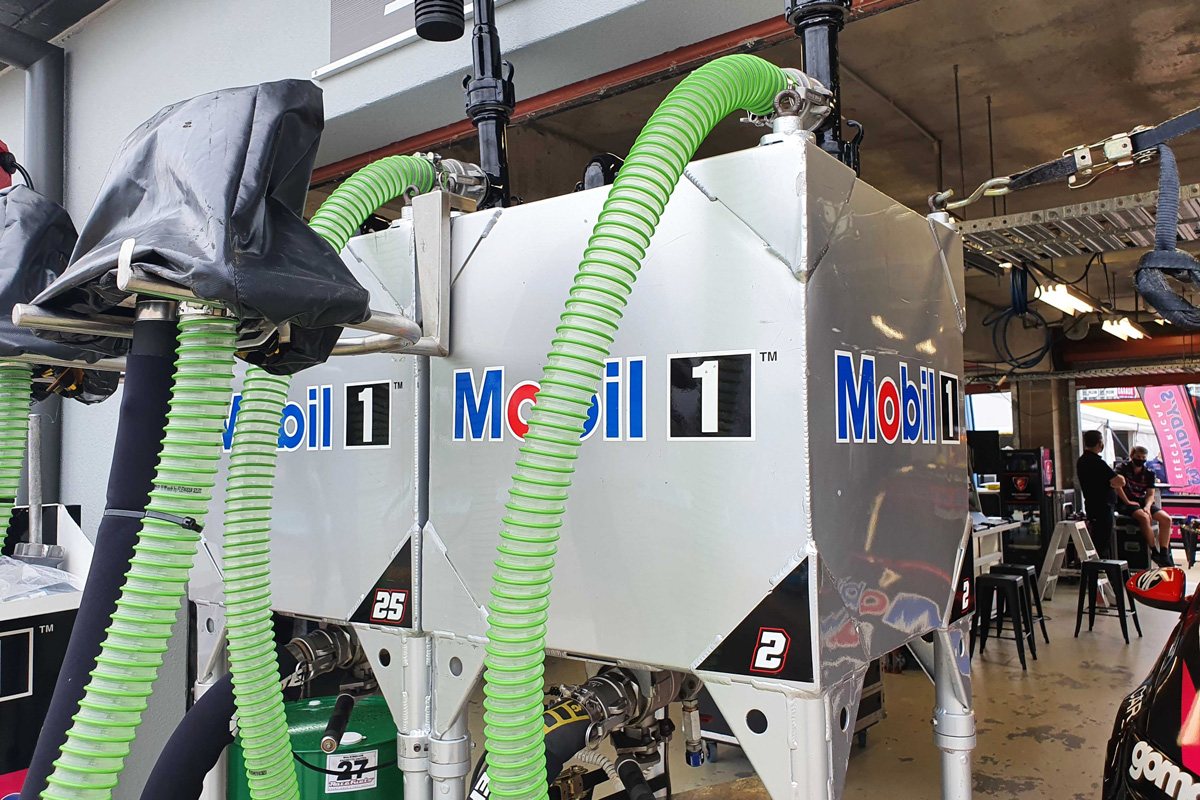