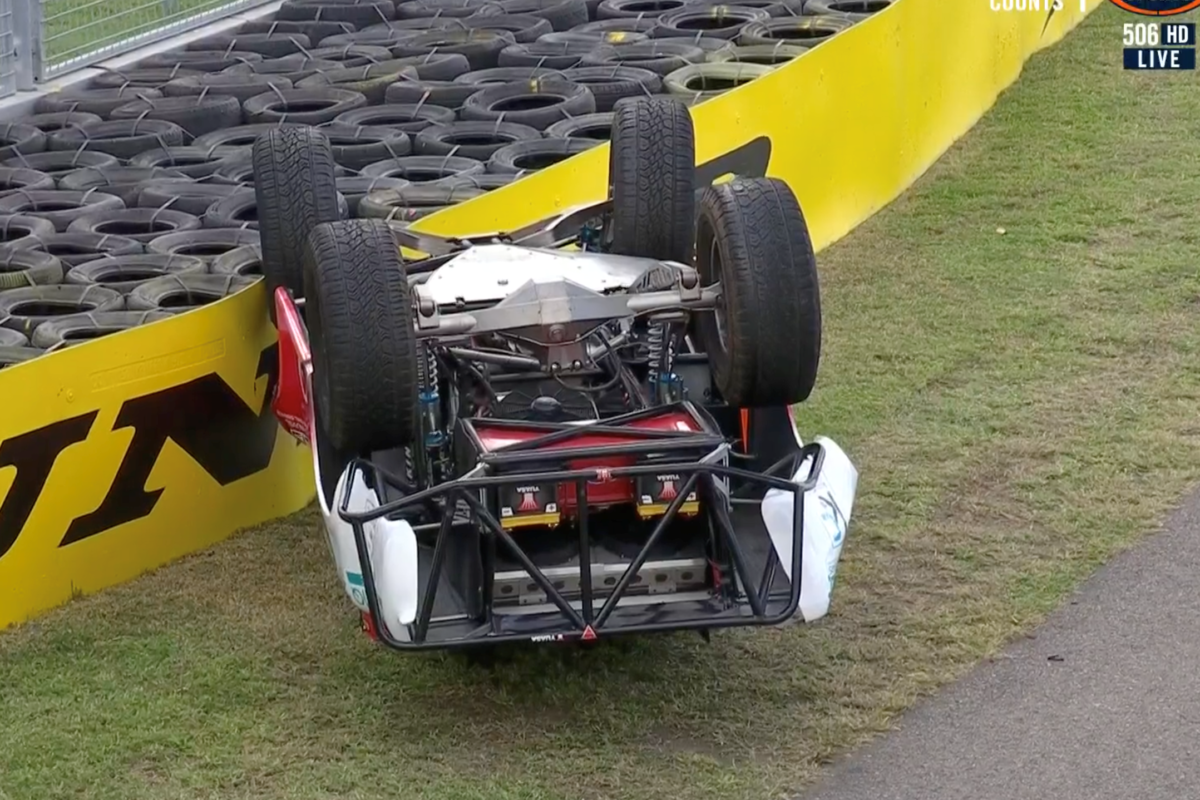 Dave Casey has rolled his Stadium Super Truck in the qualifying session at Townsville.

Casey locked the rears as he arrived at Turn 11 of the Reid Park Street Circuit, breaking into a slide before the truck’s left-hand side wheels gripped up.

That flicked the #121 entry into multiple rolls before it came to rest on its lid in front of the tyre barrier.

Casey was taken away in the medical car, as is standard procedure, but had been standing by the side of his stricken truck without assistance after clambering out of the cabin.

The vehicle shed a roof panel during the rollover, but all other components appeared to remain attached. 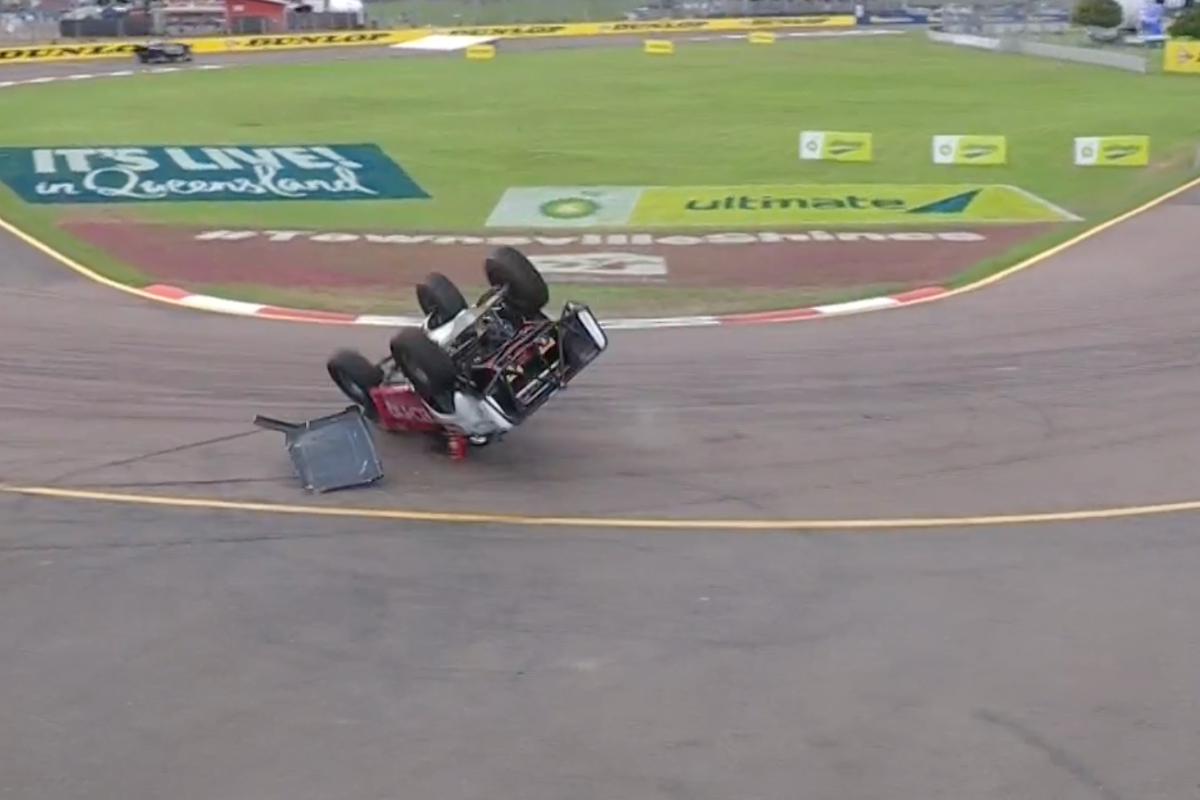