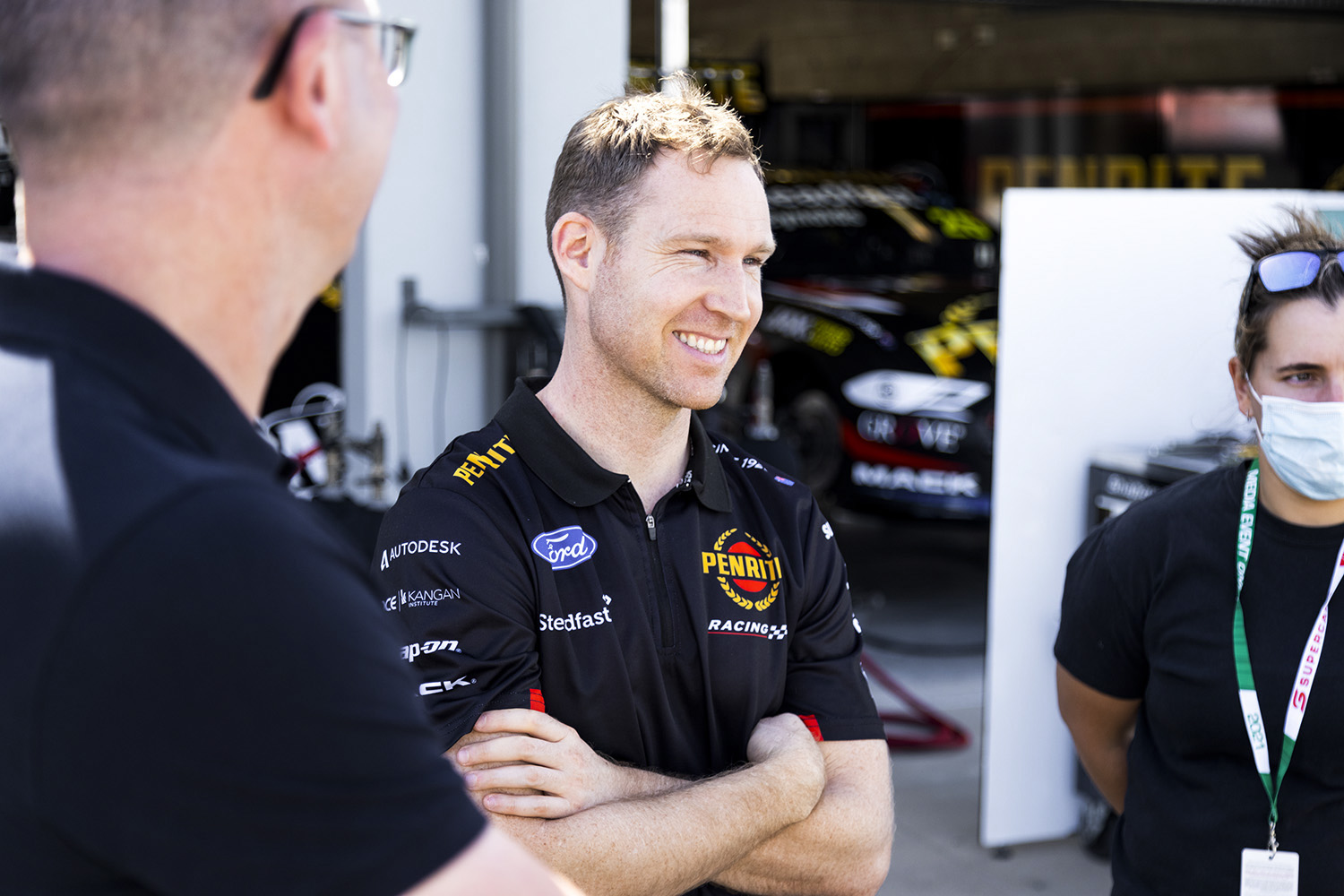 For David Reynolds, qualifying pace is set to take a back seat when he rolls out for Friday practice at the NTI Townsville 500.

The Reid Park Street Circuit is among the locations Reynolds has tasted success in the Repco Supercars Championship, breaking through for his maiden pole position there way back in 2012.

North Queensland is also the site of Reynolds’ most recent pole in 2019, with two Townsville podiums coming in the period in between.

While one-lap speed was severely lacking at Hidden Valley Raceway last month, Reynolds is not about to fall into the trap of putting all his eggs into that basket this weekend.

“Qualifying is one thing here but then racing is another thing,” the #26 Mustang driver told Speedcafe.com.

“You can set your car up, use the tyre really hard and get a good lap time, make it turn, but over the distance it tends to not like doing that.

“That’s why those Triple Eight cars are very, very strong here, they look after their tyres very well and they forever just punch out the same lap time. They might not be the quickest over one lap but they always seem to go very good in the races.

“It is a track that you really need to think about the race. Qualifying is good, you still want to qualify good – that gives you the best chance at the start but it’s not the be all and end all here.

“Most of the winners, they don’t generally come from the front row here.”

With a 250km race on each of Saturday and Sunday, there is plenty of scope for long-run pace to make a difference.

As for his Kelly Grove Racing squad, Darwin was a sudden case of being brought back down to Earth after the highs of victory for Reynolds’ team-mate Andre Heimgartner at The Bend in May.

“Darwin was a bit of an anomaly for us on that super soft tyre; we had no pace at all throughout the weekend,” said Reynolds.

“So yeah, we’ve built some stuff, not based on that, but we’ve identified some things at the start of the year that we’re still trickling into the car and we’re just trying to progress and evolve our car to make it faster and better.

The Townsville 500 marks Reynolds’ first opportunity to steer a KGR Mustang around a street circuit, an experience which should make for more learnings.

“I love street tracks, they’re fun to drive. It’s awesome to hang it out, scrape the fence, really put your balls on the line,” said the 36-year-old.

“So, you really need the car to do most of the work around here to give you the confidence to then push it to that last bit.”