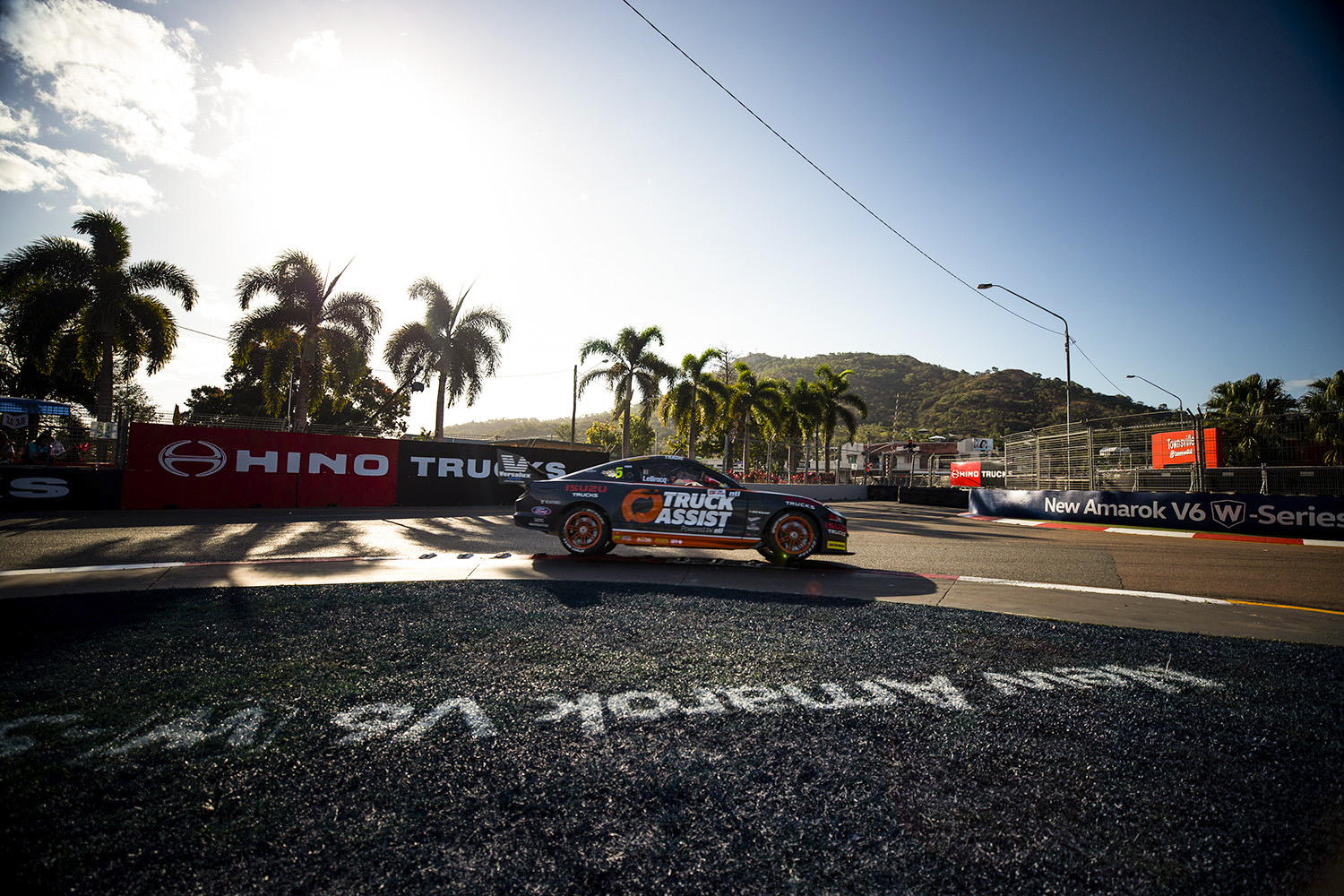 Some intense reflecting on his own performances have helped Jack Le Brocq chalk up a confidence-inspiring Friday at the NTI Townsville 500.

The 29-year-old’s struggles this season have been well documented, sparking a deep dive into finding a solution.

“Look, it has probably been more myself to be honest,” said Le Brocq.

“I’ve been working pretty hard, Scaff (engineer Sam Scaffidi) has been giving me a tune-up and I’ve been spending a bit of time on the sim (simulator) as well.

“So yeah, just a little braking technique that, bad habits I suppose creep back in, and just trying to tidy that up and make my driving more consistent, that’s probably been the biggest thing.

“Hopefully we can keep doing it over the weekend because that’s going to be the biggest telltale sign, I suppose.”

The early stages of the 2021 Repco Supercars Championship saw Waters wage a solo war against rival outfits as Le Brocq and James Courtney languished down the order.

Courtney has noticeably come to grips with his Boost Mobile Mustang in the past couple of months, and now it’s on Le Brocq to give Tickford a three-pronged attack at the front of the field.

“It’s super important, and it’s great to have team-mates up there to be able to take points off other guys,” Waters said when asked by Speedcafe.com about the importance of having his team-mates joining him at the pointy end.

“For the team, there’s 50 or 60 people working for the three cars so you don’t just want to see one car up there, you want to see them all up there, in the [top] 10 consistently.

“We’ve all had our struggles through the year; the car has been not that easy to drive at times, so it does make it a little bit more challenging, that’s probably why we’re a little bit hit and miss, but I think we’re starting to work that out.

In the 2021 standings, Waters is fifth, Courtney ninth and Le Brocq 16th.

The first of two 250km races at Townsville take place tomorrow afternoon, before another 88-lapper on Sunday.