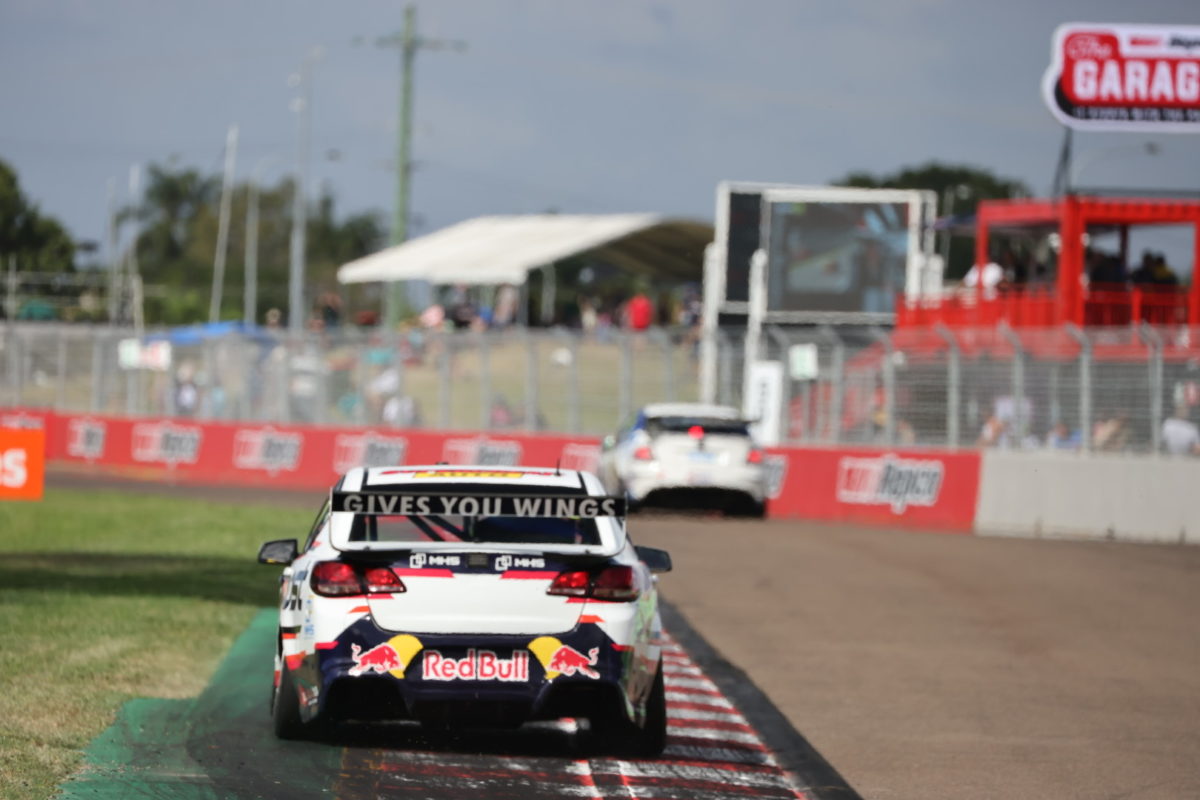 Broc Feeney remains the pace-setter after the second and final practice session for Round 2 of the Dunlop Super2 Series at the NTI Townsville 500.

The Triple Eight Race Engineering driver was fastest for much of the 40-minute hit-out, snatching back first position with a 1:14.6281s after the chequered flag.

The best of those was already faster than he had gone in Practice 1, while next-best to that point in Practice 2 was team-mate Angelo Mouzouris (#6 VF Commodore) at 0.8472s adrift, with Aaron Seton (#30 Matt Stone Racing VF Commodore) 0.0051s further back.

Ojeda had a fairly eventful beginning to the session, torching a right-front tyre before coming to a stop between Turns 10 and 11 after around a dozen minutes.

He was able to re-fire Car #31 and drive back to the pits, but not before triggering what would only be a brief red flag.

By then, the rest were going for their qualifying simulations, leading to a flurry of personal best lap times.

The former moved to the top when he set his fastest lap in the final minute before the chequered flag, at which point the latter went to a 1:15.0648s.

Ojeda improved yet again on his last lap, but not enough to dislodge Fife, before Feeney bettered both of them.

Jaylyn Robotham missed the session after crashing the #999 Image VF Commodore when rain was falling early in Practice 1, but is hopeful of reappearing on-track before the weekend is out.

Practice 2 was runny in sunny conditions, although there was a report of patchy, light rain midway through proceedings.

Qualifying for Race 1 of the weekend, in which the field will be split along class lines, is set to start tomorrow at 10:35 local time/AEST.