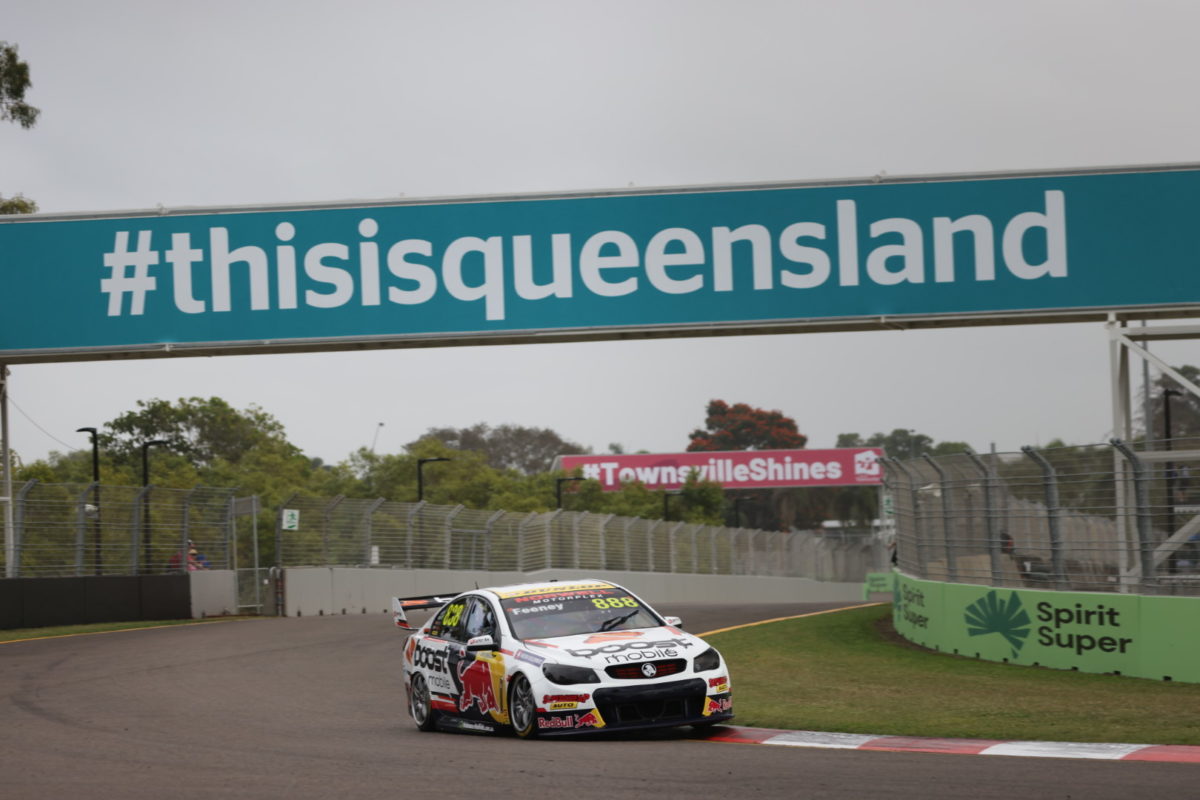 Broc Feeney has gone fastest in a rain-affected opening practice session for Round 2 of the Dunlop Super2 Series at the NTI Townsville 500.

Drizzle at the start of the 40-minute session caught out Super2 rookie Jaylyn Robotham (#999 Image Racing VF Commodore), who found the wall at Turn 8.

That drew a red flag in the seventh minute, at which time Feeney (#888 VF Commodore) held sway on a 1:17.3565s after three complete laps.

The precipitation ceased during that halt in track activity, leaving a dry albeit very green Reid Park Street Circuit when the session went green flag again in the 13th minute.

Feeney immediately lowered the benchmark to a 1:15.2700s while Blanchard (#88 VF Commodore), back in Super2 this weekend as preparation for the Bathurst 1000, started his second run with a next-best 1:15.6196s.

Another shower with around 15 minutes remaining in the session caught out a handful of big-name drivers, although none came to serious harm. Feeney came close to setting an even faster lap inside the final five minutes, going quickest to the second sector but ultimately breaking the beam at a time of 1:15.3814s.

Blanchard remained second at 0.3496s adrift, with Seton almost that much further off the pace thanks to a 1:15.9498s during his second run in the #30 VF Commodore.

Triple Eight’s Angelo Mouzouris (#6 VF Commodore) had an innocuous off at Turn 11 on his way to seventh, Josh Fife (#28 MWM Nissan Altima) was eighth, and Jayden Ojeda (#31 MWM Nissan Altima) finished ninth having had a big lock-up at Turn 1 during the second rain shower.

Practice 2, another 40-minute session, starts this afternoon at 13:35 local time/AEST.