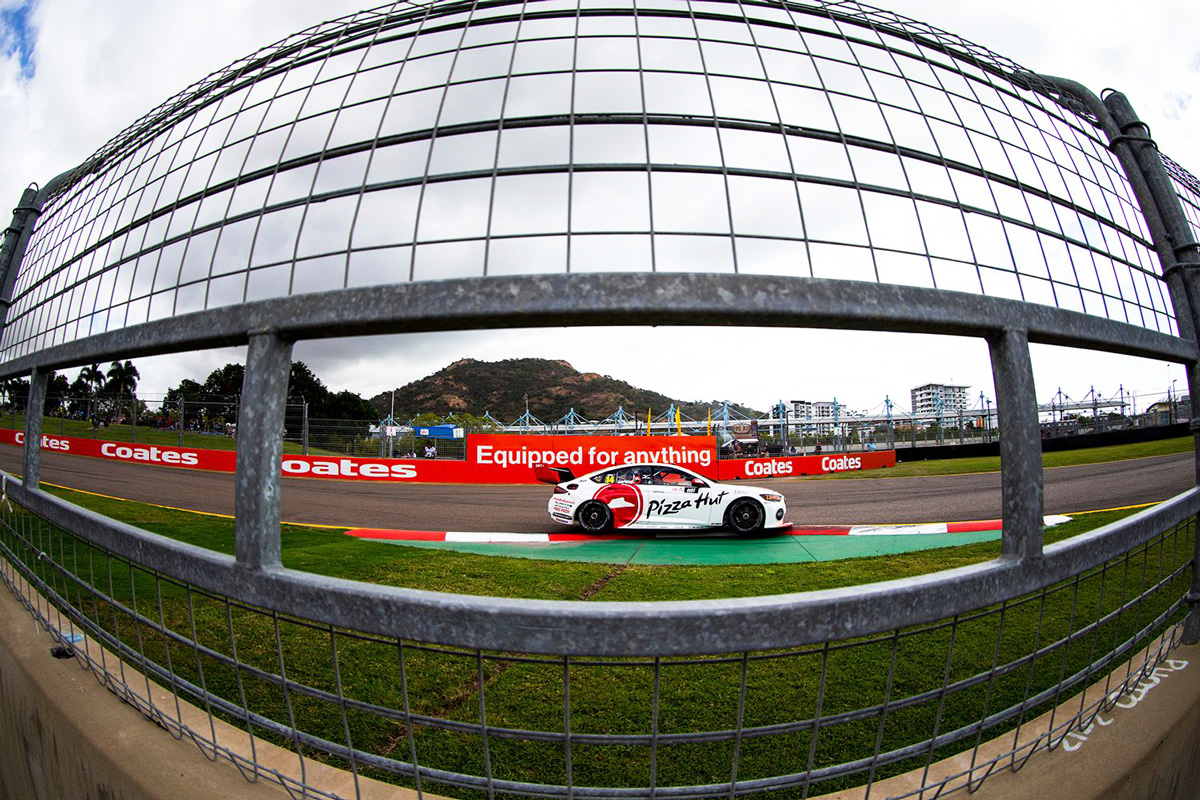 The two parties have yet to begin discussing plans for 2022, although Hazelwood has admitted he needs to do better to make that process easier.

The 2017 Super2 Series winner has just two top 10 finishes to his name this year, though it’s hoped a return to Townsville for a double-header will bode well for Hazelwood.

Last year the 25-year-old claimed his first Repco Supercars Championship pole position, although he was unable to convert that into a win or podium.

“Look, with Todd, he has been with the team… this is his second year and he’s due for renewal,” Jones explained.

“Obviously he has had a pretty tough start to the year. He’s had a good day today and it’s that time of the year so we’re going to sit down.

“We haven’t spoken about it at all yet but we will be sitting down in the next couple of months and working through it.”

Asked what he is looking for in a driver, Jones added, “Well with Nick, he’s my senior driver, right? So he’s the one that’s the guide, the mentor, and sets the bar.

“We’ve got a very young group behind that and by design. I feel that I’m searching around trying to find future champions and I’m working pretty hard at that.

“Todd has won Super2 and he’s been in here for four years and it’s time for him to perform. Last year he got his first pole position here and should have been on the podium.

“So I look for a whole heap of things: youth, pace, success.”

Hazelwood does hold sway over team-mates Jack Smith and Macauley Jones, who occupy 22nd and 23rd respectively in the standings.

It’s been an up-and-down season so far for the Brad Jones Racing stable, particularly in qualifying.

Hazelwood and Smith were notable victims of first lap carnage at the Darwin Triple Crown.

The team was also dogged by engine dramas at the season-opening Mount Panorama 500.

“I feel like the changes we have made to the cars this year have knocked around a little bit in qualifying but traditionally we have good race cars,” said Jones.

“But when you start too far back, you’re in a fair bit of trouble. So I feel like we’re slowly getting on top of that.

“First round we had a lot of engine problems, Nick has been involved – and Todd – in some accidents that weren’t their fault, and Macca. Jack jumped up in Tasmania and had a good turn of speed.

“Obviously we’re heading towards the money end of the season and I feel like we’re making good progress.

“I feel it’s not the start to the year that I was looking for but I can see the progress.

“When you’re on the inside, you can see little things that people don’t see when they are watching on television and so I can see some good things going on and hopefully we can turn those into results.”

Percat was Brad Jones Racing’s lead driver in Practice 2 at Townsville, logging the fifth fastest lap of the afternoon session.

Hazelwood and Jones wound up 11th and 13th, respectively, with Smith 20th albeit less than nine tenths off Shane van Gisbergen’s session-topping time.