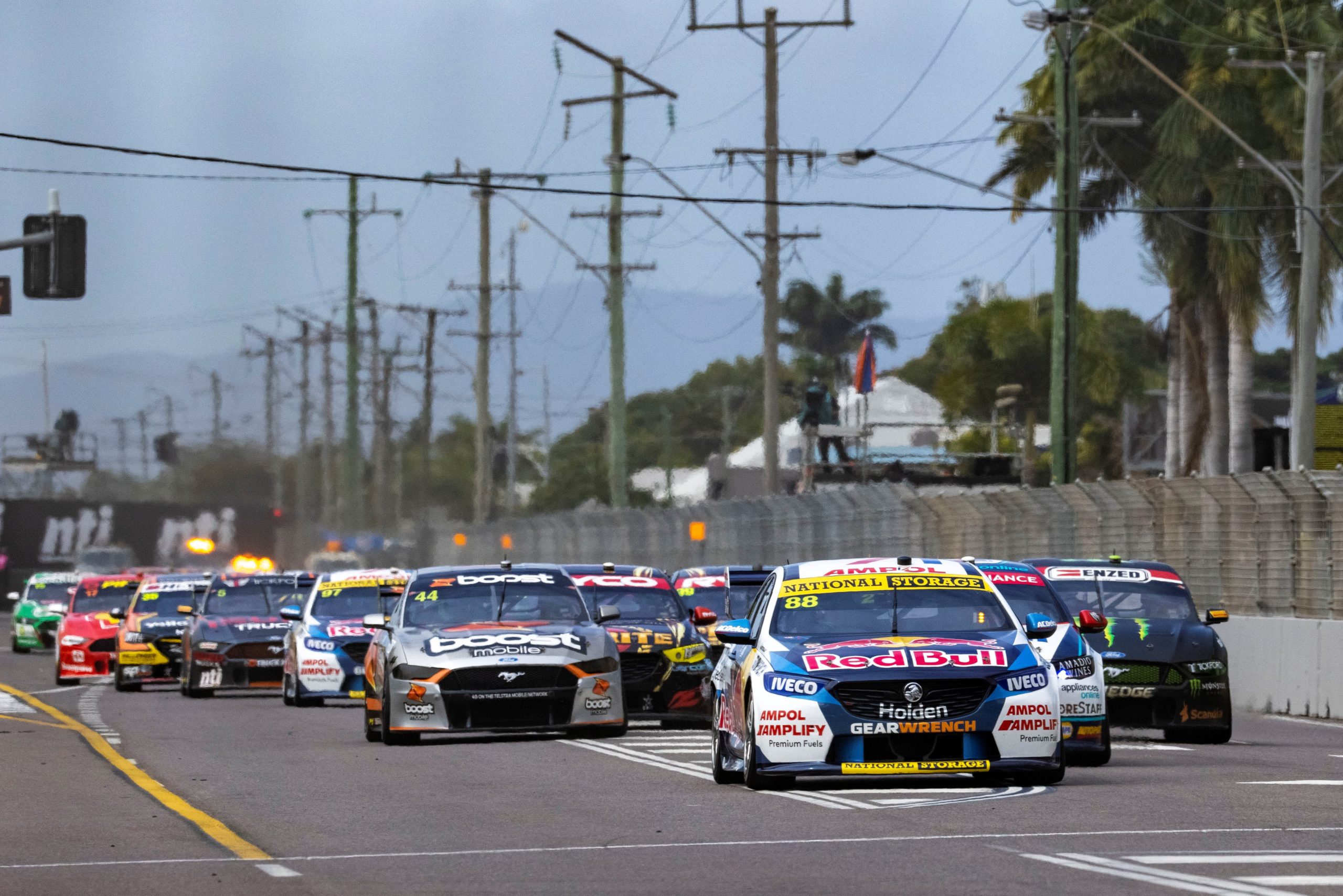 Supercars returns to the Reid Park Street Circuit this weekend

Supercars has confirmed it will host back-to-back events on the streets of Townsville.

This weekend’s NTI Townsville 500 (July 9-11) will comprise three days of racing with two 250km races across Saturday and Sunday.

Next weekend’s Townsville SuperSprint (July 17-18) will take in just two days of running but three races.

The race lengths of the SuperSprint event have not yet been announced.

Support card details are still to be confirmed, though it is anticipated the Dunlop Super2 Series and Dunlop Super3 Series will feature.

“Following the success of last year’s inaugural double-header, we know two weeks of racing in Townsville allows us to maximise exposure and competition during these times,” said Supercars CEO Sean Seamer.

“We’d like to thank the Queensland Government and Townsville City Council for again supporting this concept which allows Supercars to race at one of our favourite circuits on back-to-back weekends.

“We’re also pleased to announce that one of our long-standing partners, WD-40, will be our naming rights partner for the new event and we’re grateful to have them back onboard.

“Supercars would like to thank drivers, officials, team personnel and their families for their continued support of this year’s Repco Supercars Championship.”

Tourism Minister Stirling Hinchliffe added: “The Supercars double-header is a perfect excuse to pack a bag for Townsville and beat the winter chills.

“We know events like the NTI Townsville 500 bring tens of thousands of extra visitors to the north.

“After the historic State of Origin, Rugby Sevens, the Red’s trans-Tasman and the Women’s National Basketball League, the two back-to-back weekends of Supercars confirms Townsville’s reputation as the north’s capital of elite sport.”

The Townsville 500 and Townsville SuperSprint will form Events 6 and 7, respectively, of the 2021 main game calendar.