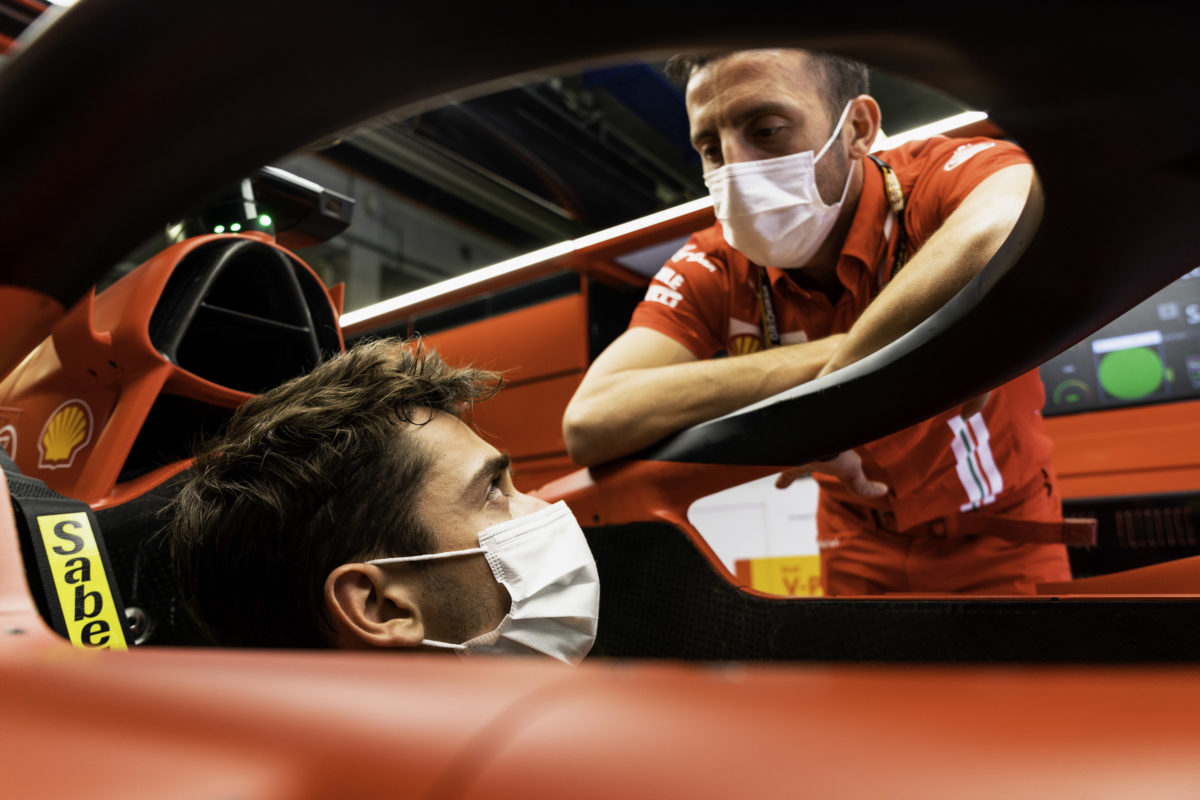 Charles Leclerc in the cockpit of his Ferrari SF21

Formula 1’s next generation of cars will feel very different if the early indications Charles Leclerc have given are anything to go by.

From next season, sweeping aerodynamic changes come into play with a fundamentally different philosophy at the heart of the new rules.

An increased focus on underfloor airflow is hoped to reduce the reliance on wings and therefore the impact of turbulence when running behind another car.

It’s a concept that harks back to the ground effect of the early 1980s in arguably one of the most significant regulatory shifts in F1 history.

“It feels very different,” Leclerc said of his early impressions of the 2022 concept in Ferrari’s simulator.

“I think it’s a question mark for everyone, whether we are developing well or not.

“It’s such a different project, it’s very, very early days, so nobody knows where we are positioning ourselves compared to the others.”

Teams have this year faced a difficult balancing act with regards to resource allocation.

Cost cap restrictions in force this year prohibit the ability to run two full scale development programmes simultaneously, as a number of teams have done previously.

Instead they’ve had to grapple with how much to sacrifice this year in order to get started on next year.

Those who gamble too much risk potentially tens of millions of dollars in prize money this year, but those who opt to continue development on this year’s car could lose out at the start of F1’s new era in 2022.

Most teams have moved at least some of their resources over while others, most notably Haas and Williams, have turned their entire focus to next season.

Ferrari is also predominantly looking to the new rules rather than continuing to develop the SF21.

Part of that is having the drivers sample the new machinery in the virtual world and provide their input.

“We can definitely give our feedback, especially in the simulator,” Leclerc said.

“We’ve got the chance to have a very good simulator in Ferrari and we can try different things on that simulator and there the driver input is very, very important.

“Then on other things for now, it’s very early days for us to actually say something,” he added on how the 2022 project is progressing.

“The only thing we can do is to try and work in the best way possible with Carlos [Sainz] to try and explain what are the weaknesses of this year’s car, try to understand why we have those weaknesses and try to not reproduce those mistakes for next year’s car, even though the project is completely different.

“So I will say on the simulator we’ve got quite a big input and we can help a lot, and also with this year’s feedback, to try and help the team to work in the right direction and for them to know exactly what we need to go quick.”