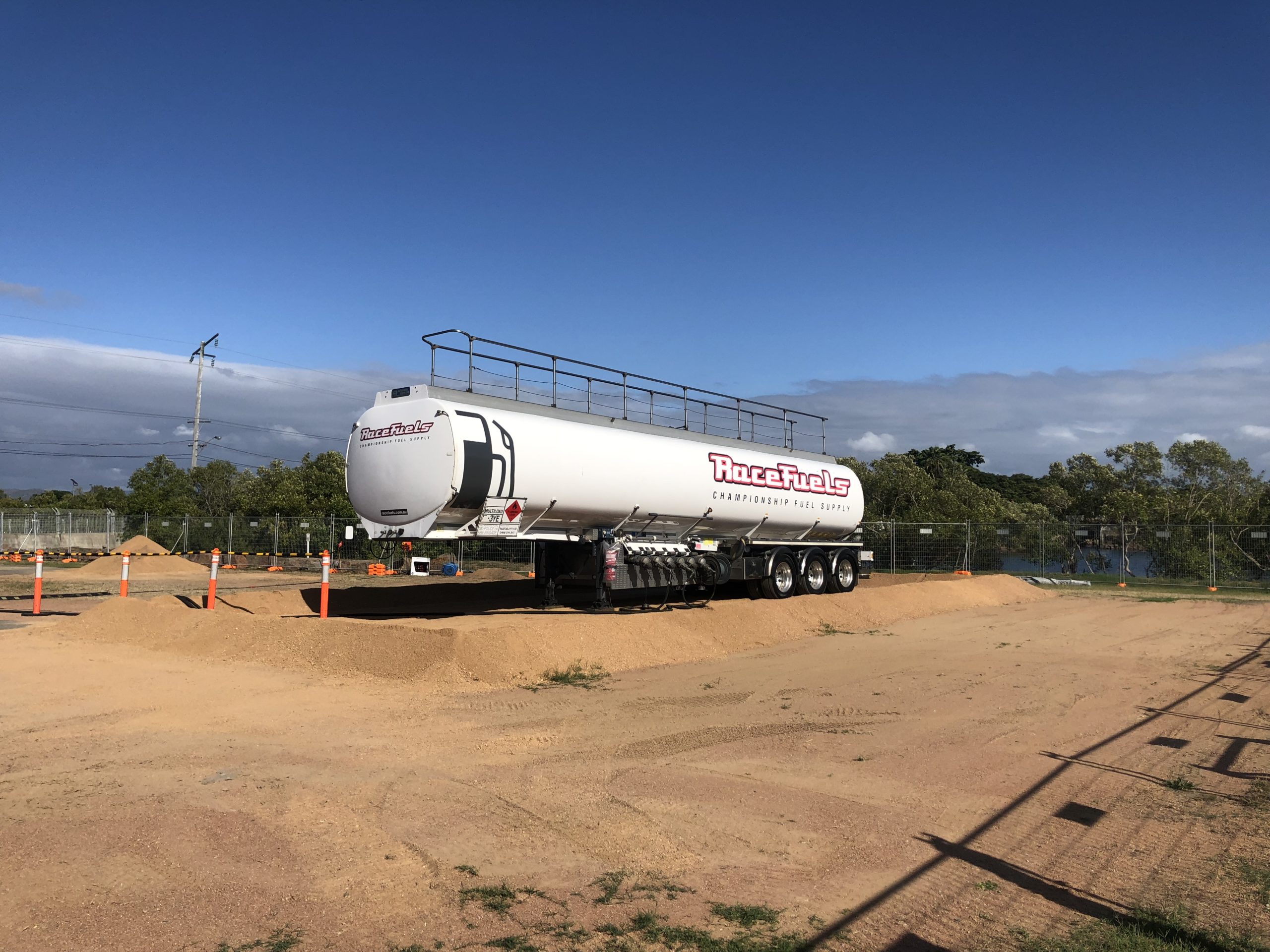 Thousands of litres of fuel has been rushed north to facilitate back-to-back weekends of racing in Townsville.

RaceFuels, the official fuel distributor of the Repco Supercars Championship, sent an additional 7000 litres of BP Ultimate E85 to Queensland’s north to allow for Supercars, Super2 and Super3 to partake in the double-header announced this morning.

That extra E85 came in place of 98 RON that had been slated to be delivered to Townsville for support categories including Stadium Super Trucks and Toyota 86.

A rejigging of plans instead saw the 98 RON supply secured from a Brisbane location in a last-minute deal.

“It was hard work. Sourcing bulk fuel at short notice is not easy to do,” said RaceFuels managing director Mark Tierney.

“If we’ve learned anything from 2020, you need to be agile, flexible and ready to make decisions that can affect you at any given notice.

“We needed to act prior to the official announcement, otherwise, it would have not happened.

“Supercars and BP have been fantastic, providing the right information as soon as they could to ensure we can keep all categories satisfied.

“It was also great that Lowes Petroleum, based near Townsville, came to the rescue. It allowed access to BP Ultimate, while RaceFuels committed to the 2500 km transport of E85 in our tanker.

“But it didn’t come without its stresses. We finished loading the fuel late on Friday evening in Melbourne with our B-double leaving on Saturday morning.

“We loaded as much E85 as we could based on the weight of the tanker, and with the public holiday in Townsville on Monday, it was touch and go.

“Myself and my team did not get much sleep knowing that we had a small window on Tuesday to source some BP Ultimate petrol before bumping into Reid Park, but it all worked out, by the skin of our teeth, and we are ready to go for two more great Townsville street races.”