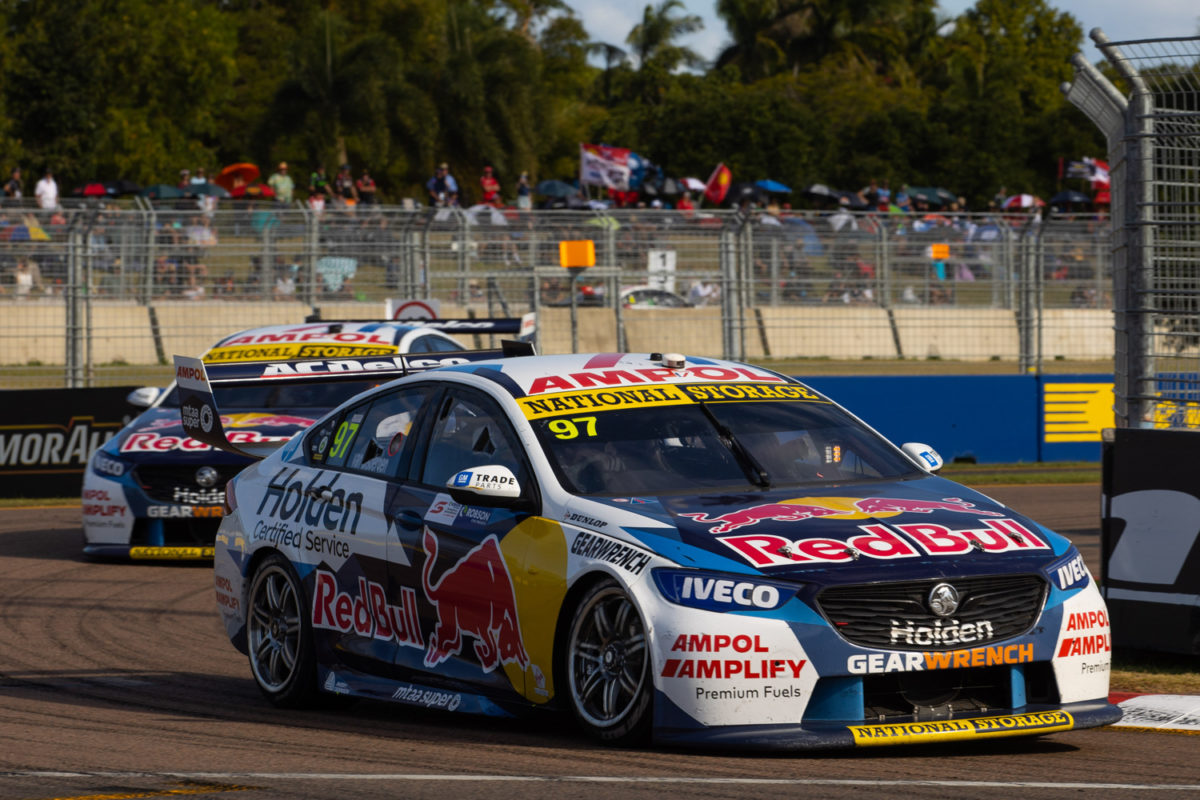 Shane van Gisbergen at Townsville in 2020

Shane van Gisbergen and Nick Percat are expecting more entertaining Supercars contests this weekend due to the traits of the Townsville track and/or a return to longer races.

The NTI Townsville 500 will feature the first refuelling races since the 2021 Repco Supercars Championship began at Mount Panorama, with every event in between comprised of a trio of sprints of approximately 120km each.

With an aggregate 120-litre fuel drop mandated in each encounter, there is scope for pinching track position through a shorter initial fill, although that forces a driver into a longer dwell time at their second pit stop.

Furthermore, the Reid Park Street Circuit is harsher on tyres than, for example, the Hidden Valley track which hosted the previous event of the campaign, where the new super soft compound did not deliver the degradation which was expected.

Van Gisbergen, who has been vocal in his opinion that the current aerodynamics packages have a detrimental impact on racing, is excited at what is in prospect this weekend in North Queensland.

“This weekend, it’s back to a fuelling race, and a lot more strategy involved, so I think it’s good,” said the championship-leading Red Bull Ampol Racing driver.

“I think this track, and the format – and also the format for next week – should be good racing.

“You can actually pass here, tyres go off… So, hopefully it’ll be alright.”

The New Zealander took victory in the latter two races of the second Townsville event of 2020, one in relatively straightforward fashion and the other thanks in part to the significance of tyre degradation at the circuit.

All being sprints, none of those contests featured refuelling but the last of the fortnight was energised by a late Safety Car period leading into a restart nine laps from home.

Illustrating van Gisbergen’s point about the rubber, it was then, armed with newer tyres than those ahead, that he was able to charge from ninth to first in the space of five laps.

“The last sector is all on the left-rear, so that wears out and you’re sliding around a lot,” he explained today.

“So, you can push hard or you can conserve and come back later, so I think it’ll be good; we’ll see a bit of passing this weekend.”

Percat suggested during the Hidden Valley weekend that Supercars might be better served by bringing a “super-super-super-super-duper soft” to the Darwin circuit in the future.

The Brad Jones Racing driver laments the “dull” sprints of late, and is therefore keen for the refuelling races which will unfold at the first Townsville event of 2021. 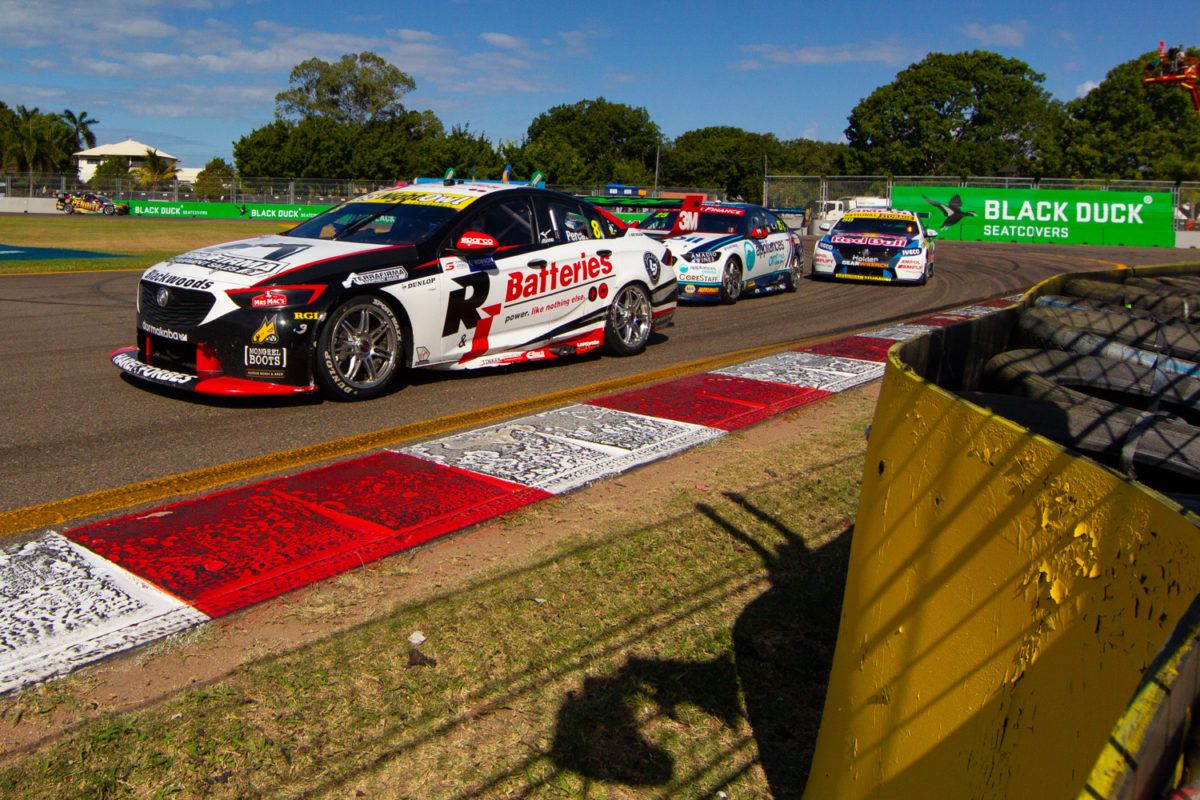 “I’m excited,” said the driver of the R&J Batteries ZB Commodore about having two weekends of racing at the North Queensland venue.

“Between the events, for the drivers, it’s perfect; we can go explore Magnetic Island and stuff like that.

“But for the racing, I’m really excited to get back to the longer races with the fuel drop and the strategy.

“The sprint races, for me, have been too dull lately; we come out of the pits with two tyres on the car, you can’t pass anyone…

“We’re back to being able to put four tyres on the car, fuel advantage or having to chase someone down who’s got fuel advantage is exciting, and the team, they love the strategy side of it as well.

“So, it’s just more flexibility for us and hopefully put on a good show.”

Teams may, of course, change three or even all four tyres during a SuperSprint race but, with only two rattle guns allowed at such events, the time loss is significant.

Furthermore, each driver has only 20 tyres to get through qualifying and three races, meaning five sets have to be rationed across six stints of racing.

At Townsville, once the handback is accounted for, the figure is six sets of soft compound tyres from qualifying onwards, yet still six stints of racing if employing a standard two-stop strategy.

Also, while there is a two-tyre compulsory pit stop requirement, four rattle guns are allowed, and what extra time is still spent changing all four wheels is generally covered by refuelling.

The Townsville 500 will also feature refuelling practice on the opening session of the weekend, with the event supplementary regulations stating, “The use of Refuelling Towers is permitted during practice 1.”