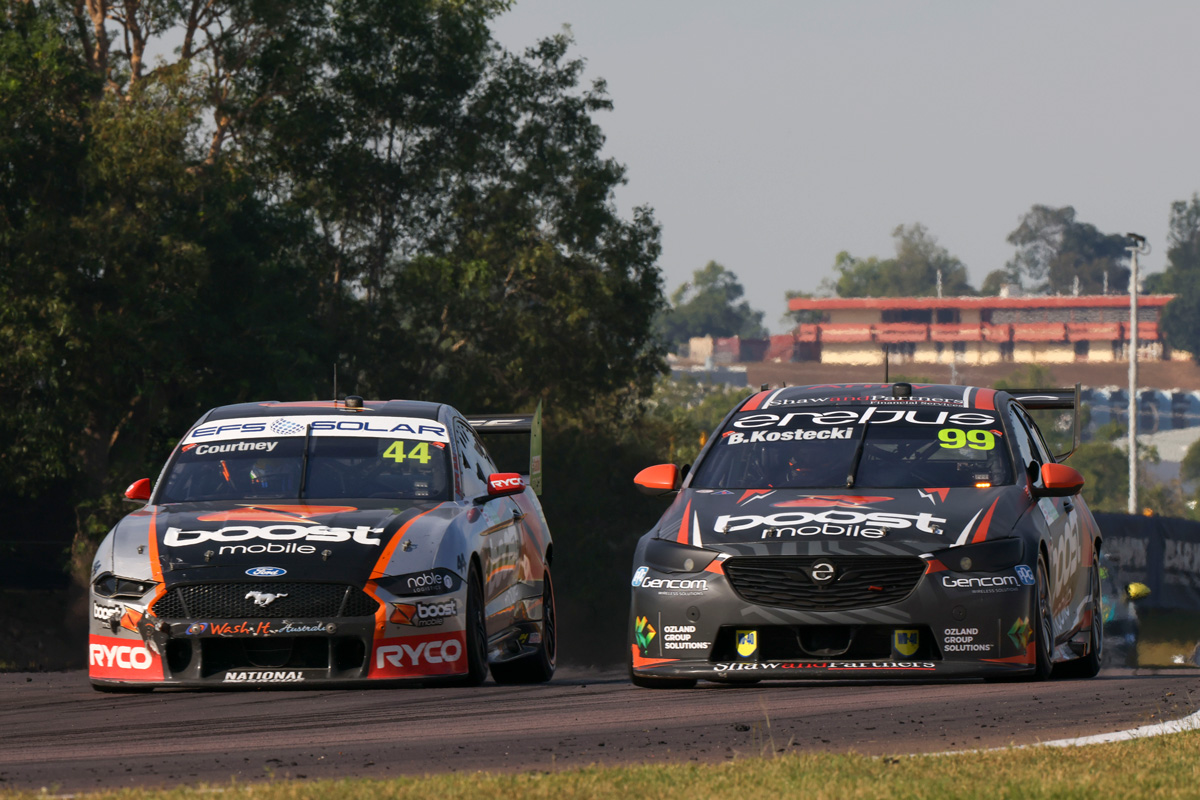 Boost Mobile boss Peter Adderton has given the green light for his two chargers in the Repco Supercars Championship to scrap with each other on-track.

The duo collided in an intense fight for fourth in the dying stages of the Darwin Triple Crown opener last month, resulting in Kostecki careering into the grass.

He would take the flag fourth after shortcutting the track to hold position, only to be handed a time penalty that would drop him to eighth.

Despite that clash preventing a double top five for his brand, Adderton has welcomed the prospect of more on-track exchanges between the two.

“I said, ‘I want you to give it absolutely 110 percent and I will never fault you’,” Adderton told Speedcafe.com.

“I made it clear to anyone who drives for Boost, that you have got to give 110 percent.

“The excuses of, ‘well the guy in front was one of your other sponsored cars’, I’m like ‘mate, that’s not an excuse’. You give it 110 percent, I don’t care who you are.

“The same would have been reversed, had Brodie been going after James, I know Brodie would have given it to him as well.

“Everyone says well, what if they were going for first and second and they lost a podium? 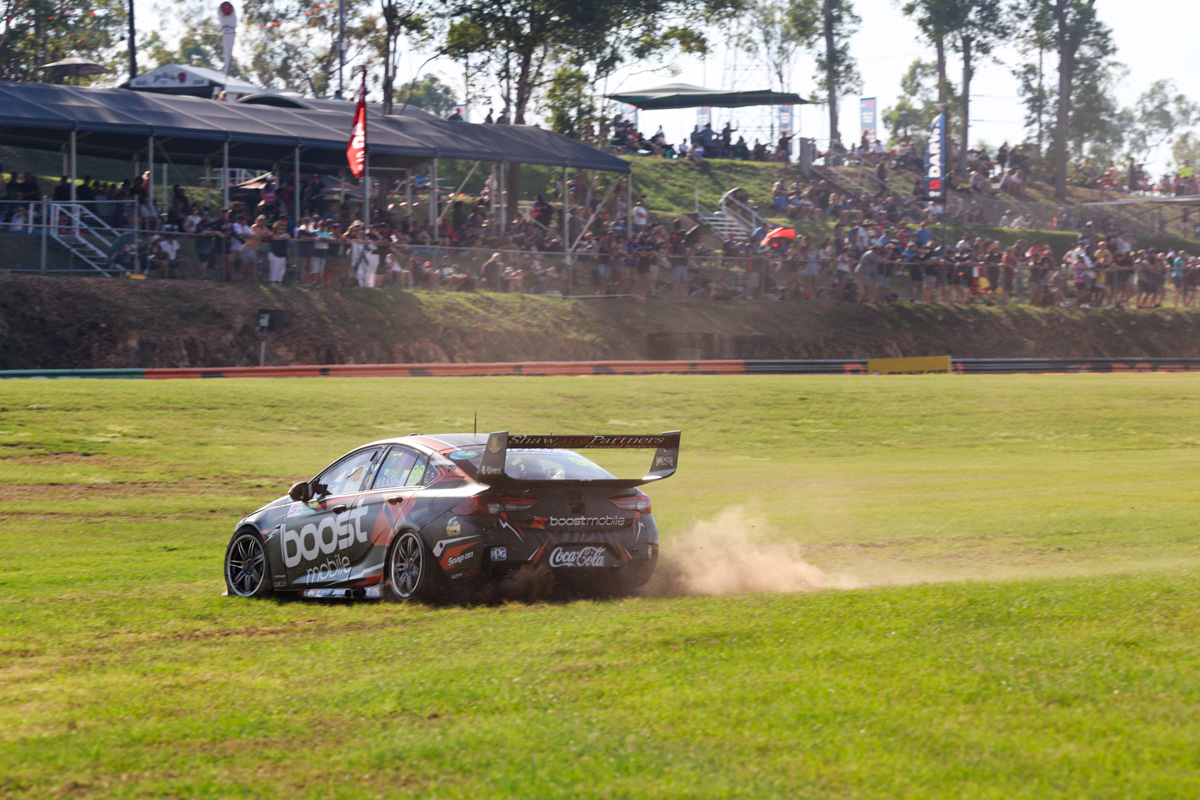 Adderton has made no secret of not being averse to rivalries.

As news has emerged of parties lining up to buy Supercars – including a consortium involving himself – he has posted a string of messages on social media questioning elements of the rival bid of Mark Skaife partnering with TLA Worldwide/TGI Sport.

Adderton has though been careful to stop short of confirming his place in the acquisition race, given non-disclosure agreements are in place.

He has also not shied away from igniting rivalry between the drivers he backs, declaring teen prodigy Broc Feeney will drive a Boost Supercar next year if he misses out on the Triple Eight seat to be vacated by Jamie Whincup.

That could in turn put pressure on Courtney and Kostecki – not to mention the possibility of Richie Stanaway exploring a full-time return with Adderton’s support following his Bathurst 1000 comeback in October.

The Supercars Championship action at the NTI Townsville 500 will kick off with opening practice from 10:50 AEST on Friday.