Win a VIP tour of the National Motor Racing Museum

Win a VIP tour of the National Motor Racing Museum An after hours VIP tour of the National Motor Racing Museum is just one of the exclusive items up for grabs as part of the Ultimate Motorsport Prize raffle that has been built around this year’s Repco Bathurst 1000 on October 7-10.

The incredible “money can’t buy” prize, which includes travel, accommodation and VIP tickets just as a taster, has been created by Pirtek to support their long-time charity, St Vincent’s Hospital.

The prize also includes the chance to wave the green flag to start the race, a meet and greet and tour of the Shell V-Power Racing Team pit garage with the legendary Dick Johnson, access to the grid, a tour of race control and event TV compound, a lap of the track in a Supercars course car with Marcos Ambrose, a helicopter ride, a visit to Pirtek Victory Lane to meet the race winners and a lot more.

During the museum visit, the winners will have the chance to get up close and personal with some of the country’s most famous two and four-wheeled machines, including Allan Moffat’s 1977 Bathurst-winning XC Falcon, Tony Longhurst’s 1988 race-winning Benson and Hedges Ford Sierra, Peter Brock’s 1984 VK “Big Banger”, Bob Morris’ 1976 LH Torana and the 1965-winning Cortina of Barry Seton and Midge Bosworth.

The now-defunct Bathurst 24 Hour is also represented with the 7.0L Holden Monaro 427C driven to a win in the 2002 event by Garth Tander, Steve Richards, Cameron McConville and Nathan Pretty.

A list of motorcycles is headed by the 1987 world 500cc championship Rothmans Honda of Wayne Gardner and five bikes of Gregg Hansford, who had Bathurst success on two and four wheels.

There is also the 1981 Tru-Blu XD Falcon of Dick Johnson and the winners will also have their photo taken with the famous Peter Brock statue at the museum entrance.

Ironically, another item on the Ultimate Motorsport Prize list is a meet and greet with Johnson and a tour of the Shell V-Power Racing Team’s garage during this year’s event at Mount Panorama.

Pirtek has leveraged its relationships in the sport to create a once-in-a-lifetime experience for the raffle winners who will be treated as SUPER VIP guests at Australia’s Great Race.

The prize is being raffled and not auctioned so almost everyone has a chance to be involved and the limited pool of tickets has been selling at a rapid rate since being released.

Fans can buy their ticket for a chance to win this once in a lifetime experience at www.ultimatemotorsportprize.com

The VIP tour will be hosted by museum coordinator Brad Owen who is already preparing for the visit.

“The reaction to the Ultimate Motorsport Prize has been quite amazing and the National Motor Racing Museum is proud to be a part of it,” said Owen. 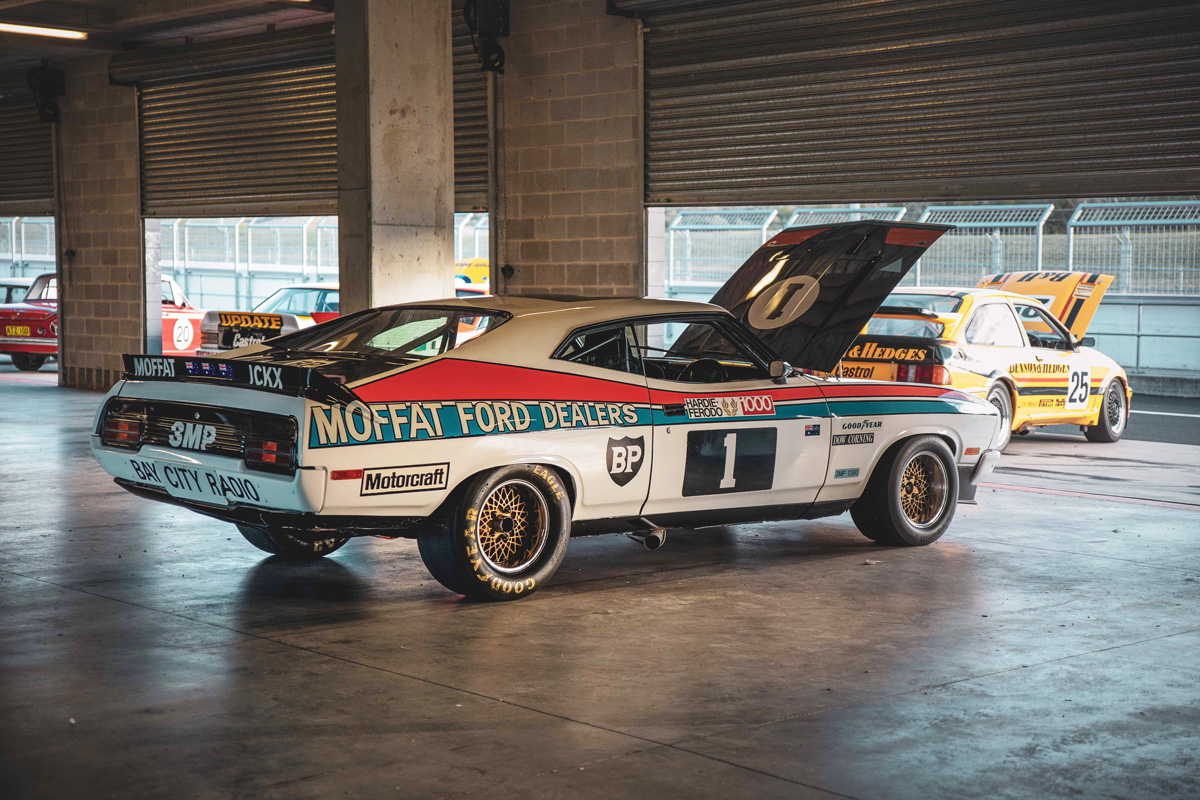 “The winner and their guest will be given a personal after hours tour of the museum where they will be able to ask any questions they want and get a little closer to the exhibits than would be normally possible. And they will be free to take as many photos as they would like.

“We have been involved in group and club visits to the museum before, but never an after hours visit for just a couple of fans and we intend to make the event a memorable one.

“We also think it is great that the prize is being raffled and not auctioned so everyone has a chance of winning. Better still is the fact that all the cash raised goes to a great cause like St Vincent’s Hospital.”

The unforgettable weekend will be coordinated by the winner’s personal VIP concierge who will make everything as easy and hassle-free as possible.

The prize has been made possible through Pirtek, Supercars, Shell V-Power Racing, National Motor Racing Museum, Motorsport Australia and Speedcafe.com.

The winner will be announced during the coverage of the Perth SuperNight on September 12, allowing a month for the winners to make their arrangements