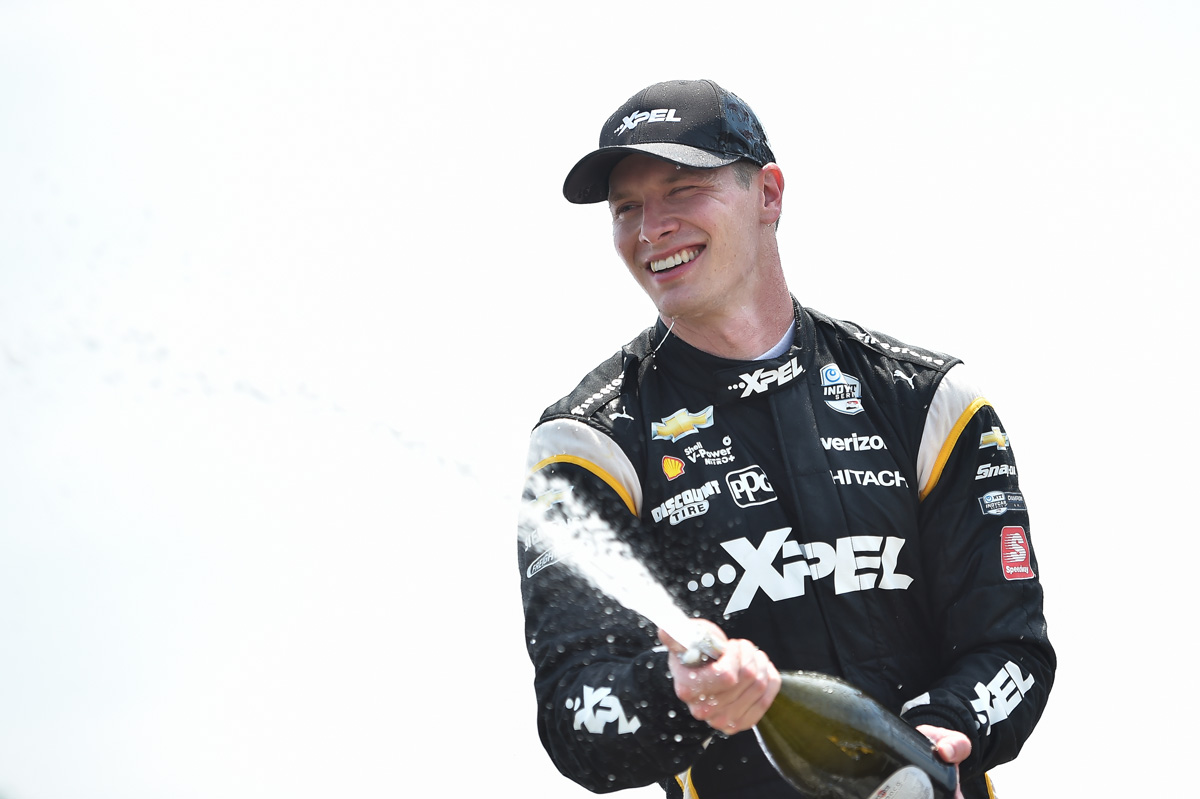 Team Penske’s first IndyCar Series win of the year might not have happened had Josef Newgarden not discovered an engine problem just hours before the Honda Indy 200.

The Mooresville-based outfit is typically one of the strongest on the IndyCar Series grid alongside the likes of Chip Ganassi Racing.

Since 2008, only once has a team other than Team Penske or Chip Ganassi Racing won the drivers’ title.

Prior to the latest round of the series at the Mid-Ohio Sports Car Course, the team had been luckless in 2021.

Newgarden and team-mate Will Power both fell short of victory on the streets of Detroit, the latter courtesy of a late ECU issue, while a gearbox failure at Road America ended a dominant run for Newgarden.

Finally, the team broke its drought in Mid-Ohio last weekend as Newgarden held off Chip Ganassi Racing’s Marcus Ericsson for his first win since last year’s season-closer on the St Petersburg streets.

Though it might not have been the case if Newgarden hadn’t suspected a “potentially race-ending” issue with his Chevrolet-powered car.

“I felt it right before I was even finished with warm-up,” said Newgarden, who added another failure to convert would have been “demoralising”.

“There was some hesitation. Nobody really saw it right away. We got in there pretty quickly and saw we needed to remedy something.

“Complete professionalism by Team Chevy. They’re Johnny on the Spot when they have to fix something or make it right.

“You saw the performance we had today and all weekend. It was there. We had everything we needed to execute at each level.” With the engine issue resolved, Newgarden went on to dominate the 80-lap affair despite the late challenge from Ericsson.

After a torrid run of races, Newgarden said he was worried another win might be squandered through no fault of his own.

“You can’t predict what the racing gods are going to do,” he said.

“It is what it is. It’s like the light is not shining on you correctly for the day. Sometimes it’s a little dark, it doesn’t like you.

“I think the performance has been there. I can’t predict what’s going to happen every weekend, if something is going to go right or wrong.

“If I look at just the facts of what we’re doing, what’s in our control as an organisation, what people are doing around us, everyone’s doing their job.

“We’ve been in the fight literally every weekend. Obviously we had a little bit of a backstepping at Indianapolis. Other than that we’ve been fighting for wins every single weekend.

“It wasn’t bothering me. I knew it wasn’t working out. Of course at some point you keep doing this, of course it’s going to turn around, things are going to shine on us differently.”

With a total of four podiums to his credit this year, Newgarden lies fourth in the standings.

Newgarden’s latest win is a needed boost for his title hopes heading into the final six races of the season.

“We’ve just got to be the best version of ourselves every weekend,” Newgarden explained.

“It sounds cheesy, but it’s the truth. It’s pretty simple, that’s our approach. Every weekend is individualised. They all count.

“Ultimately these next six races are all going to add up to something. We don’t have the luxury of room for error. It’s always nice when you do. We don’t. But I don’t think that changes our approach.

“Mentally we’re not in a different spot, but the reality is what it is. It’s not too bad. We have to fight for sure, but it’s just a harder fight than we would like.”

The series takes in a month-long break before returning for the Big Machine Music City Grand Prix on the newly-built Nashville Street Circuit across August 6-8 (local time).