Sanders finished fourth overall on his GasGas Factory Racing entry after taking out a majority of the five stages, all of which were held in Russia due to the pandemic situation in neighbouring Mongolia.

He was 53 seconds away from the podium in Round 2 of the FIM Cross-Country Rallies World Championship, behind Walkner, Husqvarna’s Skyler Howes, and Hero’s Franco Caimi.

After finishing ninth on Stage 1, Sanders scored a career-first win on the following day, took sixth on Stage 3, then came home with a wet sail.

“I pushed really hard today to try and get onto the overall podium, but it wasn’t quite enough,” said the 26-year-old after just his fourth rally.

“I left everything out there and did everything I could to make time up on the riders ahead, but it was a short stage and there wasn’t much to separate us all today.

“I learned a lot this week, I felt great on the bike, and I know I have the speed so it’s all positive.

“When we get home from here my main focus will be on improving my navigation as this is where I feel I’m lacking a little bit.

“But overall, a pretty decent week for me and the team.”

“For sure it was a pity for him to miss out on the overall podium, but there have been many highlights this week especially with his three stage wins. He also opened a stage which isn’t an easy thing to do.

“He rode very well on each stage and his potential is still very clear.

“Daniel was disappointed to just miss out on the podium and he knows what he needs to work on, so for the next race I’m confident that we will see him running up front once again.” 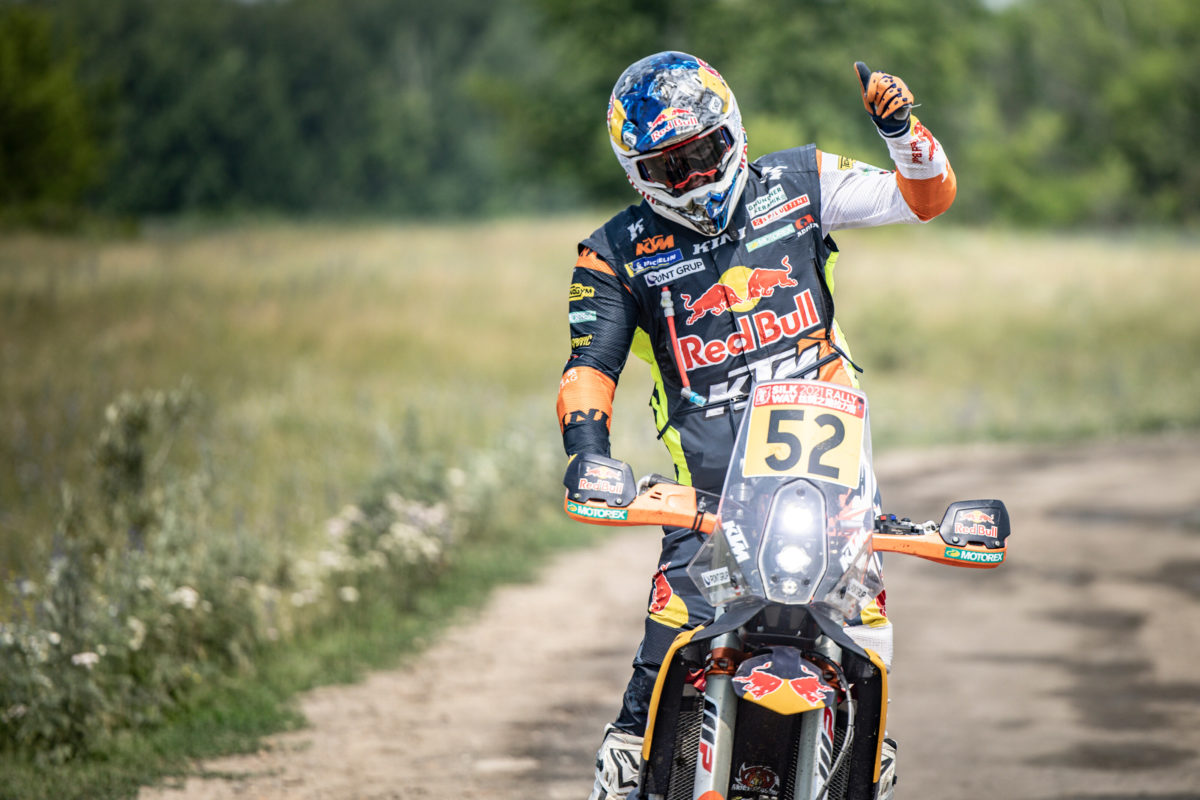 Sanders is now third in the championship on 32.5 points, while Walkner’s victory sees him move into the lead, on 57.5 points.

“It’s a shame the rally had to be shortened, but the organisers did a great job of giving us a full event to race,” said the Austrian.

“To win the famous tiger trophy here at the Silk Way feels amazing, and with my win here I’m now also leading the championship.

“I couldn’t have asked for a better result really.”