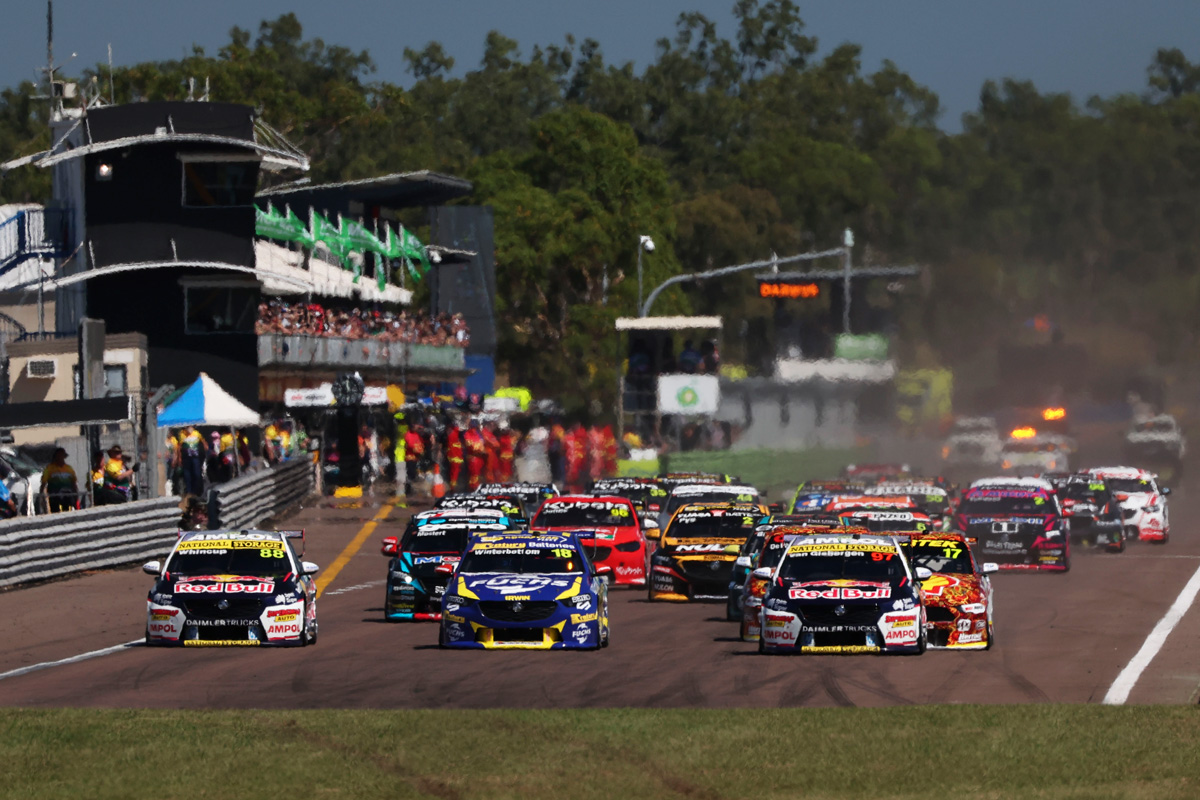 Supercars could have a new owner before the 2021 Bathurst 1000

Supercars will move a step closer to finding its next owner when prospective buyers submit their opening bids today.

Serious interest in acquiring at least the majority share in the championship – if not a 100 percent takeover – has become apparent in the past fortnight.

Speedcafe.com can now reveal the first round of bids will be lodged by a deadline of 12:00 AEST today.

It is believed there will be four bidders, the identities for three of which have already been confirmed.

They are: a partnership between Mark Skaife and TLA Worldwide/TGI Sport; a consortium made up of Paul Morris, Peter Adderton, Pete Smith, Mick Doohan and Alan Gow; and the Australian Racing Group, which already owns categories including Supercheap Auto TCR Australia.

The identity of the fourth bidder is not quite so clear as yet.

TEG, the parent company of Ticketek, has been murmured as a possible candidate.

A common price range for bidding has been listed as between $30 million and $60 million.

The process isn’t as straightforward as the best of those four bidders immediately taking the cake, though.

Supercars as a business will be shopped around to other potential buyers before the shortlist is formally narrowed down.

It’s believed parties have wide-ranging philosophies on how to structure an acquisition and what their respective business models would look like going forward.

Tim Miles of Miles Advisory Partners, who is facilitating the sale for Archer, has already indicated a transaction could take place by year’s end.

Speedcafe.com now understands that could come closer to September, in the lead-up to the Repco Bathurst 1000 across October 7-10.

Archer Capital has become increasingly motivated to sell the 65 percent stake in Supercars it bought in 2011.

The private equity firm has for years now been attempting to relinquish its various assets in a total closing down.

Collectively, Supercars teams own the remaining 35 percent of the category.

Aside from a series of Adderton social media posts, Morris last week became the first interested party to comment publicly on the matter – albeit speaking in hypotheticals – on the latest episode of his Enforcer & The Dude show.

The 2021 Repco Supercars Championship resumes this weekend with the NTI Townsville 500.