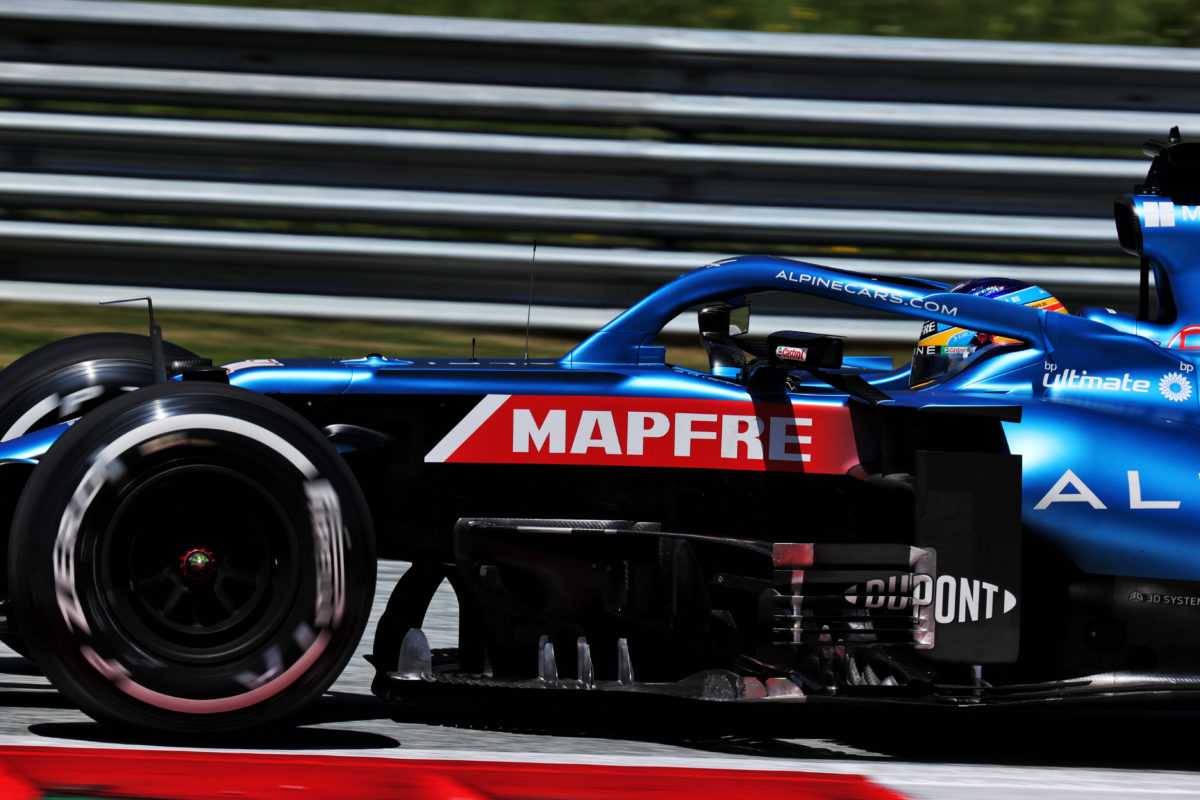 Alonso’s start to the campaign mirrored Alpine’s own but has developed to see him score points in the last four races – one of only three drivers on the grid to have done so.

He sits 11th in the championship standings with 20 points, while team-mate Esteban Ocon is two spots further back with a total of 12 points.

After failing to finish at the opening race of the year, when a sandwich wrapper blew into his radiator, Alonso’s breakthrough performance came in the latter stages of the Portuguese Grand Prix.

In the closing laps in Portimao, the two-time world champion was one of the fastest cars on track, and finished eighth in the wheel tracks of Ocon.

Since the Azerbaijan Grand Prix, the Spaniard has had the number of his younger team-mate, a point not lost on Rossi.

“He was fast already. I mean, every single race has been able to clock in some very good times that are always, most of the time, as good as Esteban’s,” the Frenchman said.

“He was not necessarily comfortable repeating those efforts, those good times, over and over again, which I guess was a bit of adaption period.

“He needs to get used to the car to feel that, lap in, lap out, [so] he does the same performance over and over.”

Alonso himself has admitted things have begun to click for him, after a couple of races getting himself back up to speed following two years out of F1.

“In a way I think I feel that things are getting better and better for me,” he said.

“In terms of feeling with a car and extracting the maximum I think from Portugal, it was a clear change on how I felt with the car.

“Barcelona again was Q3 and then on Sunday, okay the one stop strategy was a little bit too ambitious but we were also competitive.

“Monaco, until qualifying, I felt good and even on Sunday felt good, and then [in Baku] it was the best result of the year.

“I think things are getting better and better and I can’t wait to get some better results in the second part of the year.”

Formula 1 next moves to the British Grand Prix at Silverstone on July 16-18, a race Alonso won with Ferrari in 2011, and Renault during his 2006 championship winning campaign.