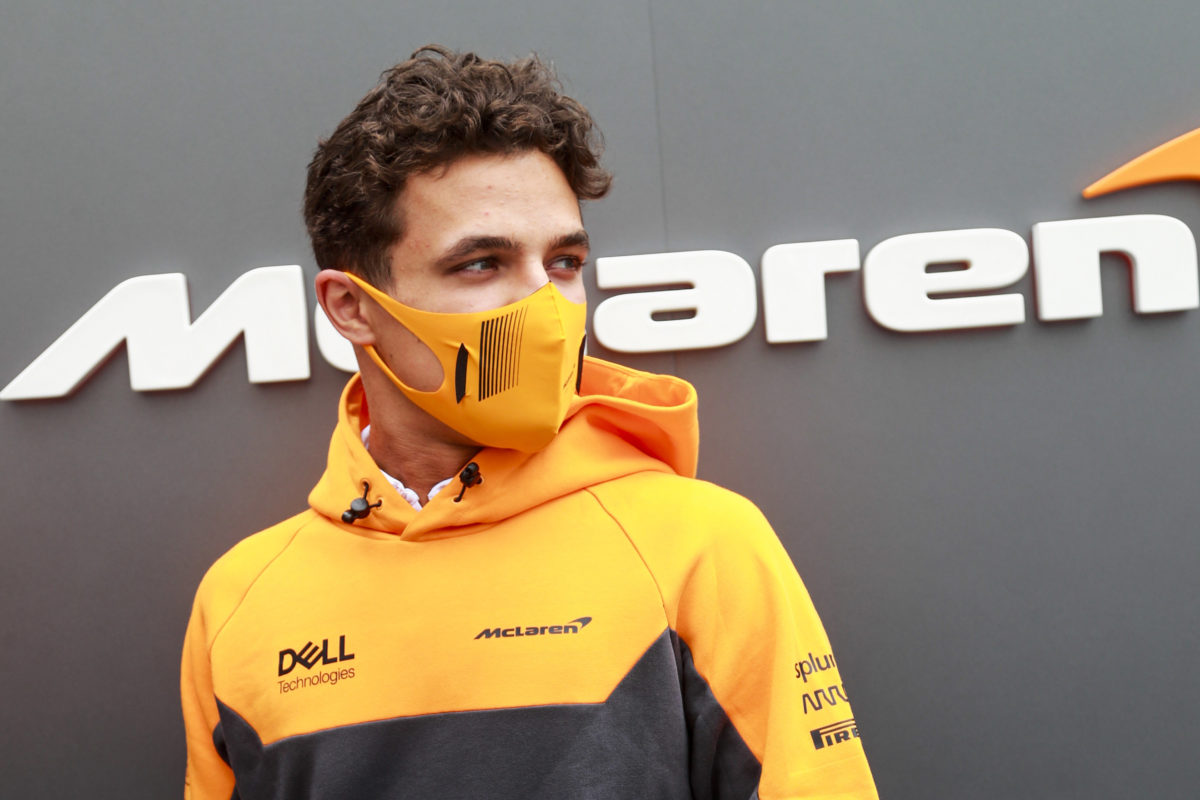 FIA race director Michael Masi has hit back at suggestions the penalty points system in place in Formula 1 is unfair and needs an overhaul.

Lando Norris, Sergio Perez, and Yuki Tsunoda all picked up points on their licences during last weekend’s Austrian Grand Prix.

Norris and Tsunoda picked up two each, the former for forcing Perez of the road in an early exchange and Turn 4, and the latter for twice crossing the blendline at pit entry.

Perez collected four penalty points of his own after it was ruled he twice forced Charles Leclerc off the circuit.

Drivers are allowed to accumulate 12 penalty points over a 12 month period, and receive a one-race ban should they exceed that figure.

For Norris, the two points collected in Austria moves his total to 10, though two of those will drop away in time for the British Grand Prix next weekend.

“There should be decisions of when someone’s done something dangerous and put someone in harm’s way, and done something that they clearly shouldn’t have done, and then you have racing and when people have to use common sense,” Norris explained.

“The incident in in Baku with the red flag and not boxing when I should have done, like, I didn’t put anyone in harm’s way – in fact, it was the opposite, and I did everything safely.

“Nothing I’ve done is dangerous and I feel like maybe in some cases you deserve a time penalty because you’ve done something bad.

“In terms of racing, and you just made a mistake, but then you have things that people do every now and then which is purely dangerous.

“If you do generally overtake in a yellow flag and do something that is clearly a rule that will put people in danger, then I understand penalty points for a driver, and if that adds up, you get a penalty, you’re going get a driver ban or race ban.

“But for little things like this is just as stupid.

“I don’t think everything they do is wrong,” he added of the officials.

“There’s a lot of good rules in place and a lot of things they should keep just using some common sense every now and then, reviewing those instance from the from the past, and maybe not giving it straight away in the race.

“At least give us a chance to debate it and have our word, and put our word in, and argue it, and say our point, and then maybe give a penalty, but not ruin someone’s race while they’re racing because of something that wasn’t their fault.”

Supporting Norris’ opinion was race winner Max Verstappen, who has had his own brushes with officials in the past.

“So if you would have six of these incidents, like [in Austria], if you get that six, I don’t think you deserve a ban for what he did,” the Dutchman argued.

“I think it’s just not correct. I’ve been there myself, you know, I’ve been at nine or 10 points myself.

“I don’t think with the things actually where you got the penalty points for, let’s say you would get the 12, you don’t deserve a ban for that.

“I’ve been on a holiday with the stewards myself.,” he added of the time he was forced to sit alongside them.

“The problem is sometimes also the rulebook and the wording in, as stewards don’t want to give a penalty but sometimes they have to in a way with whatever happens on track.

“I don’t want to blame stewards, but sometimes it’s the rulebook is a bit tricky as well in terms of handing out penalties, or you need to hand out penalties with some things.”

Speaking shortly after the race in Austria, McLaren team boss Andreas Seidl called for a review of the current penalty points system.

“I just think it needs a review of the entire system or process,” he said.

“I think we all agree that for an incident like today getting a race ban as a consequence, can’t be the right thing.”

Such a review has already taken place, Masi argued, revealing that the teams themselves were involved in the process.

“To be fair, it’s a penalty point system that exists, it’s been there all the way through, no different to drivers on the road in the countries that have the maximum number of points that they have to abide by,” the Australian said.

“They have to adjust driving style and stuff accordingly.

“I don’t think they’re harsh, it was discussed late last year, and it’s funny because it affects different drivers and teams in different ways.

“The consensus was – at the end of last year – involving teams, the FIA and F1 that there shouldn’t be a change for this year. It’s not something that we would ever change mid-year.

“The penalty scale is something the teams all agree upon and actually have input to at the start of the year. It’s what the stewards use.”