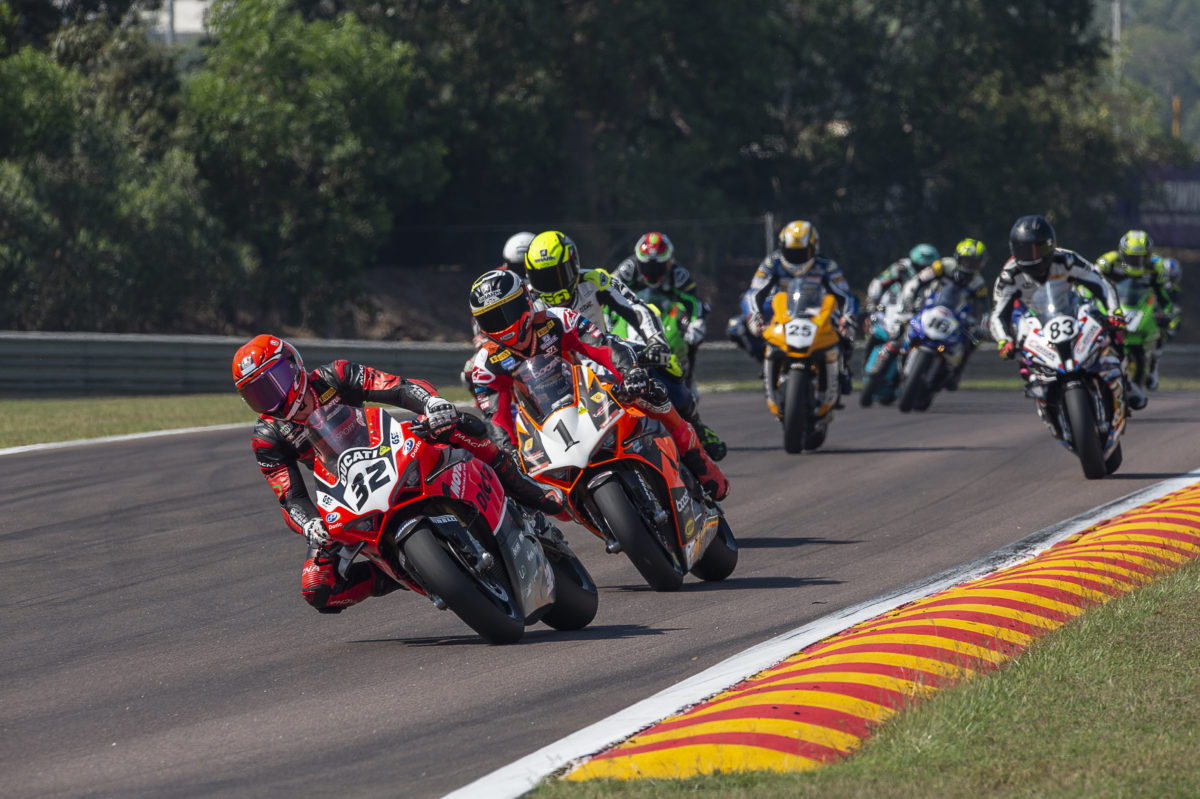 Second-generation talent Oli Bayliss is riding a wave of momentum following his maiden race win in the Australian Superbike Championship.

“I wouldn’t say relief but it’s good for the hard work to finally pay off, to be honest,” Bayliss Jnr reacted to his triumph, speaking with Speedcafe.com.

“The team has been working their butts off to do this and finally it’s paying off.”

Remaining in Australia at least until he’s completed his Year 12 studies, Bayliss is flexible with where his career takes him next.

“Honestly it depends on COVID and how we go for the rest of the season,” he said.

“I’m sure that if we stay upright and finish in a good position in the championship and really start to win a lot of races, then I think something can come from it, definitely.

“And depending on COVID… We have got no plans right now for when we are going overseas or where we will go overseas, but we’ve just got to wait and see what happens, and I think a lot of people are in the same boat.”

The Superbike World Championship or MotoGP is the ultimate goal, though – and Ducati appears to be central to such dreams.

“Because Dad raced for Ducati for so long, it’s kind of been brought up in the family and I’m really lucky to have that,” said Bayliss.

“Finally I’m proving to them and proving to myself that we can be really fast.

“So, I really do just want to be on Ducatis and if I can go from there being on a Ducati and staying on a Ducati, it would really help my career.” 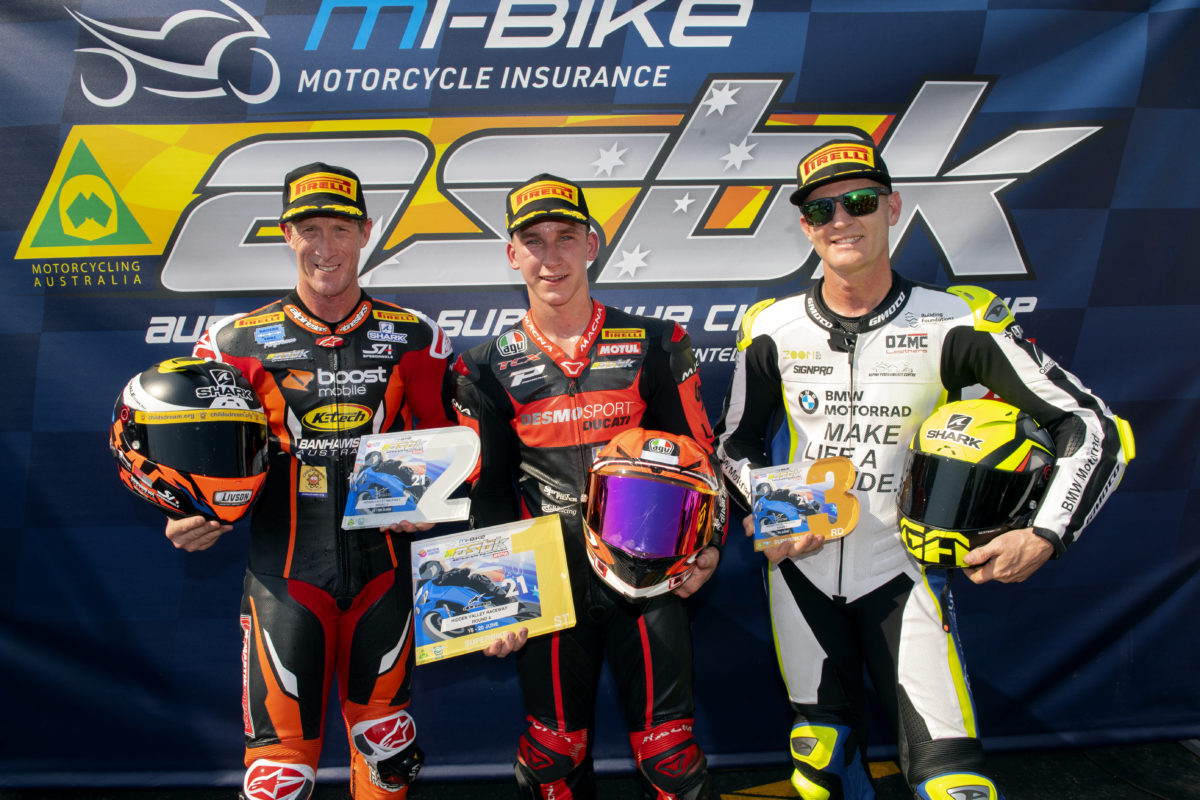 It’s a strong time for the Australian motorbike scene, with Jack Miller establishing himself as a MotoGP front-runner at the factory Ducati squad, and Remy Gardner securing a promotion to the premier class for 2022.

“It’s really good, you see a lot of the Australian riders and riders that I’m versing now have raced against,” he said.

“It’s really good for the Australian scene and to show that Australian riders are actually really fast.

“They kind of get, I wouldn’t say downgraded, but they get pushed away a bit because they’re from Australia. It’s unfortunate but it’s good that they’re proving themselves.”

“The plan for us was I have to finish school, which is completely fair enough so that I do have a back-up plan. But hopefully we won’t ever need that.

“Math at school helps me read the lapboards so I guess you can take some positives out of it.”

Morgan Park Raceway in Queensland is due to host what is officially Round 5 of the Australian Superbike Championship on August 20-22.