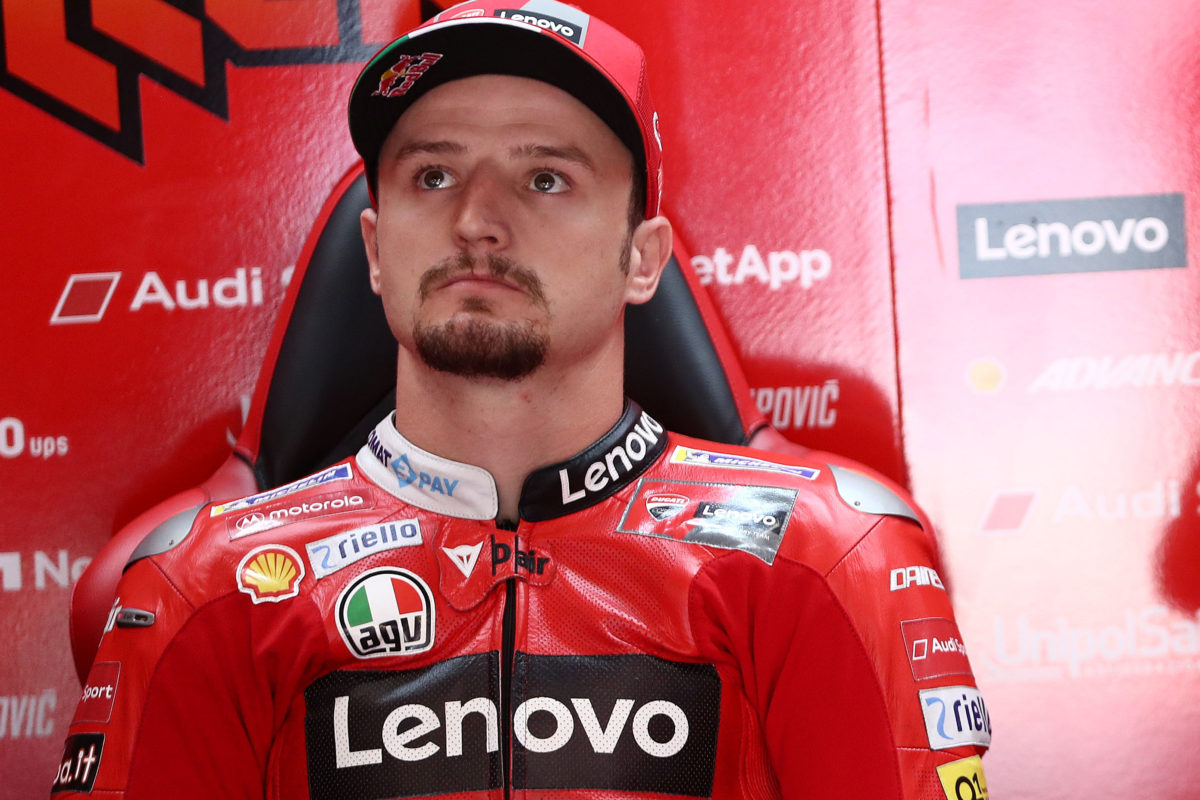 A disappointed Jack Miller is now looking forward to the 2022 Australian Motorcycle Grand Prix after this year’s event was cancelled.

Officials have this afternoon confirmed that neither the Australian MotoGP event nor the Formula 1 Australian Grand Prix will go ahead as planned.

Phillip Island was slated to host the two-wheeled championship on October 22-24 in what would have been the 17th round of the season.

“All us riders are really disappointed that we won’t be able to race at Phillip Island again this year – it’s a really tough thing for everyone, but we understand the situation and it’s the correct decision,” Miller said.

“Everyone in the paddock loves to come to Australia and I always feel proud of my home country when we get to host MotoGP, because everyone loves that track and that event so much.

“So, fingers crossed things can change for 2022 and we can ride at one of the best tracks in the world and in front of the awesome fans there.”

“I’m totally devastated that we’re not hosting the Australian Motorcycle Grand Prix again this year at Phillip Island, especially with the form we’ve got with Jack Miller in MotoGP and Remy Gardner in Moto2, who could have been in a position to win the championship overall at Phillip Island.”

Miller is a two-time race winner already this season following his move onto the factory Ducati, and sits fifth in the riders’ standings.

Countryman Gardner meanwhile heads the Moto2 standings courtesy of three wins in the feeder class, and five other podiums from the nine events thus far.

MotoGP is currently on its summer break, and will return with back-to-back races at the Red Bull Ring, the first of which came about after the Grand Prix of Finland was cancelled.

Last month the Japanese round of the championship was cancelled, with Circuit of the Americas set to replace Motegi in October.

The Australian Grand Prix Corporation holds a contract to host MotoGP until 2026.