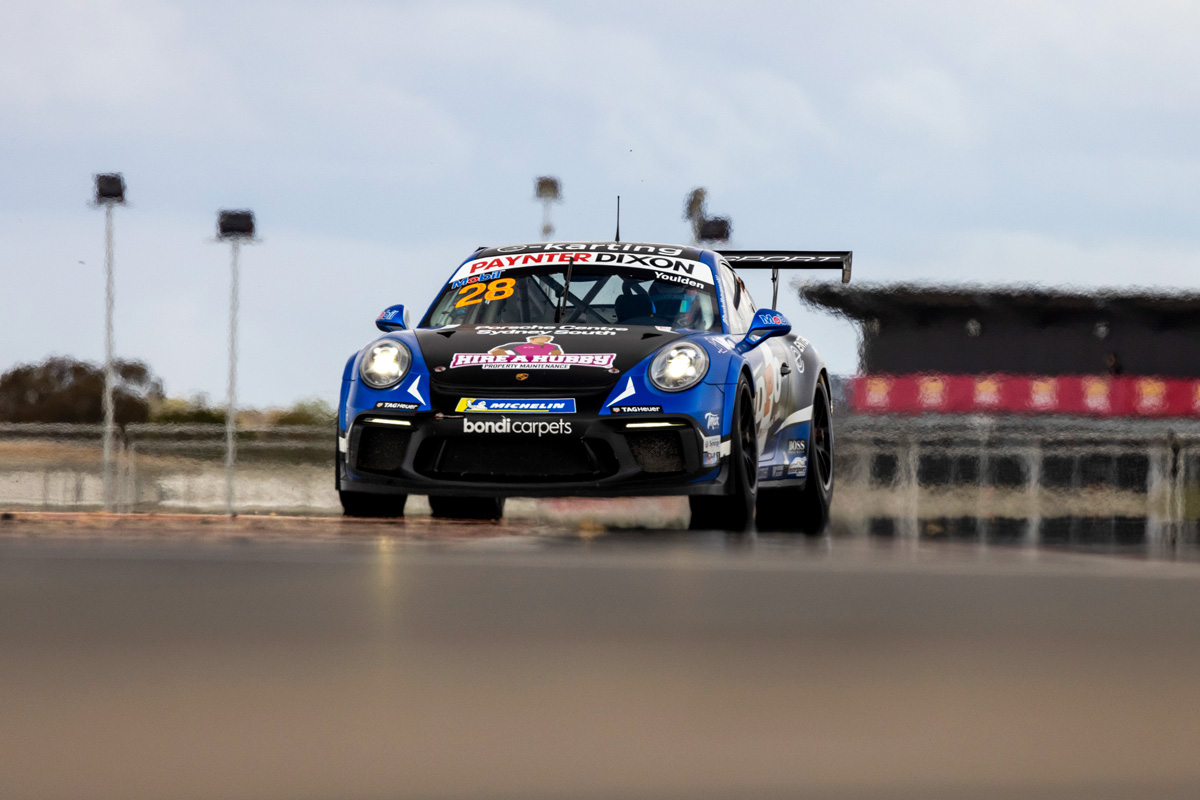 A competitive field of drivers will be standing between Cameron Hill and an impressive fourth straight Porsche Paynter Dixon Carrera Cup Australia round win this weekend in Townsville.

Hill has been in blistering form this season – of the six races held thus far across Sandown and Tailem Bend, the Canberran has five victories and a second.

Travel restrictions associated with the ongoing COVID-19 situation in Sydney has ruled Tim Miles, Jackson Walls, Drew Hall and Indiran Padayachee out of the action at Townsville.

“We’ve stripped the whole car down and actually found a couple of issues that we have now rectified and that should hopefully give us a bit more speed at Townsville,” said the 43-year-old, who will partner David Reynolds in the 2021 Bathurst 1000 in October.

“I’m looking forward to getting back to Townsville, that was where I made my debut with the team 12 months ago and we have come a long way since then.”

In the Pro-Am class, Stephen Grove will be back in action after missing The Bend.

Two practice sessions on Friday will kick off the event for Carrera Cup, before three races across Saturday and Sunday.