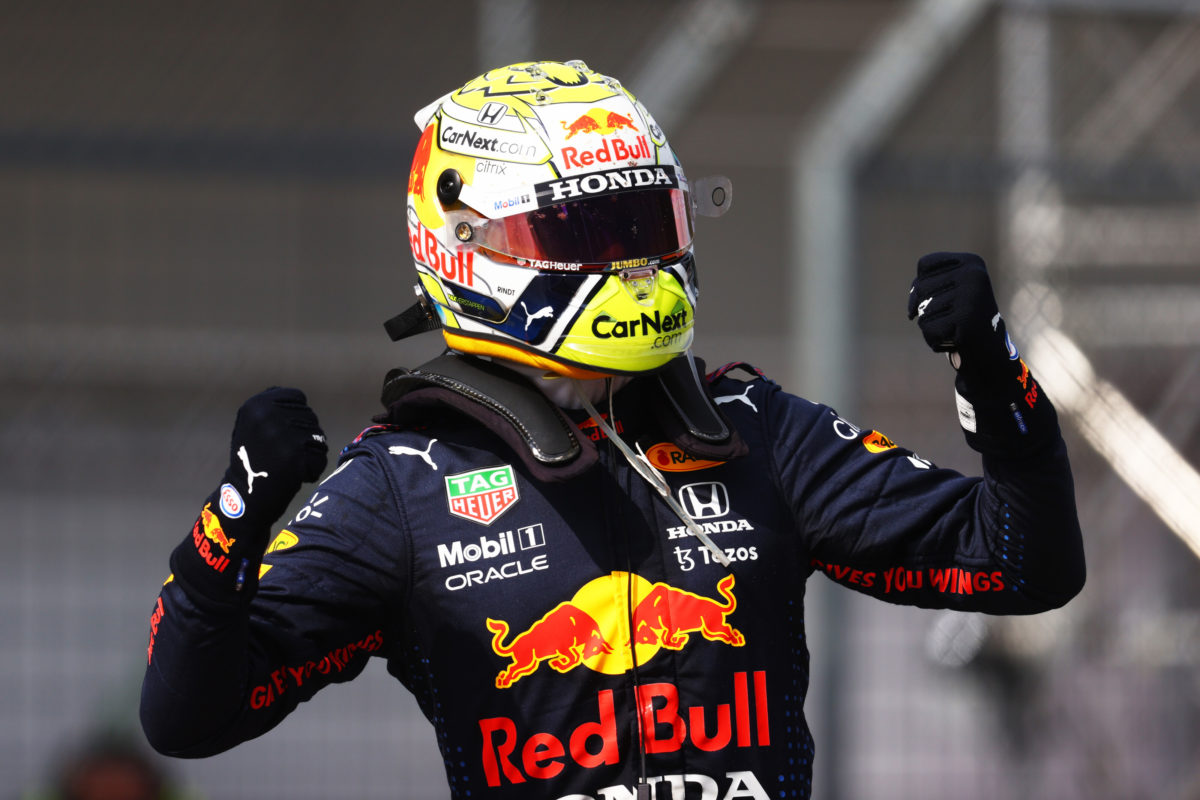 Max Verstappen has labelled his victory in the Formula 1 Austrian Grand Prix as ‘pretty insane’ following an utterly dominant performance.

The Dutchman crushed the opposition such that even with an extra stop he took the chequered flag by nearly 18 seconds over Valtteri Bottas.

It also marked the first time in his Formula 1 career that he’s achieved a grand chelem – victory, fastest lap, pole position, and leading every lap.

He becomes just the 22nd driver to achieve the feat, something Lewis Hamilton has done on only six occasions despite his 99 career wins.

“Incredible to be honest,” Verstappen said of his win.

“The car was on rails, I mean on every tyre set we put on it was really enjoyable to drive.

“Pretty insane. I’m a bit amazed myself how today went – I didn’t expect it to be like this.

“To deliver something like this… Of course, when you go into the weekend everyone sees you as the favourite but it’s never easy to actually always deliver what we did today.

“A great effort by the whole team, and also back home, that I think the whole package these two weeks, especially here, has been incredible.”

Verstappen’s path to victory was comparatively straightforward; heading the field from pole, he was largely unchallenged into the first turn.

A Safety Car on the opening lap to clear Esteban Ocon’s damaged Alpine was the only spanner in the works, though even that posed little threat.

Conscious of the straight-line speed advantage second-placed Lando Norris enjoyed, Verstappen slowed the field for the restart before accelerating only as he approached the control line.

“I just had to be awake in the start,” he explained.

“I knew that if I could go past Lap 1, or the restart, I could do my own race, but you always have to do that first.”

He duly skipped clear, leaving Norris to battle with Hamilton for second in the opening exchanges as he built an unassailable lead.

Victory in Austria was his third in as many weeks in first triple-header of the season and has seen him move 32 points clear of Hamilton, who finished fourth, in the championship.

Formula 1 next heads to Silverstone for the British Grand Prix, after a week off, on July 16-19.