POLL: Who will win the 2021 Formula 1 world championship?

POLL: Who will win the 2021 Formula 1 world championship? 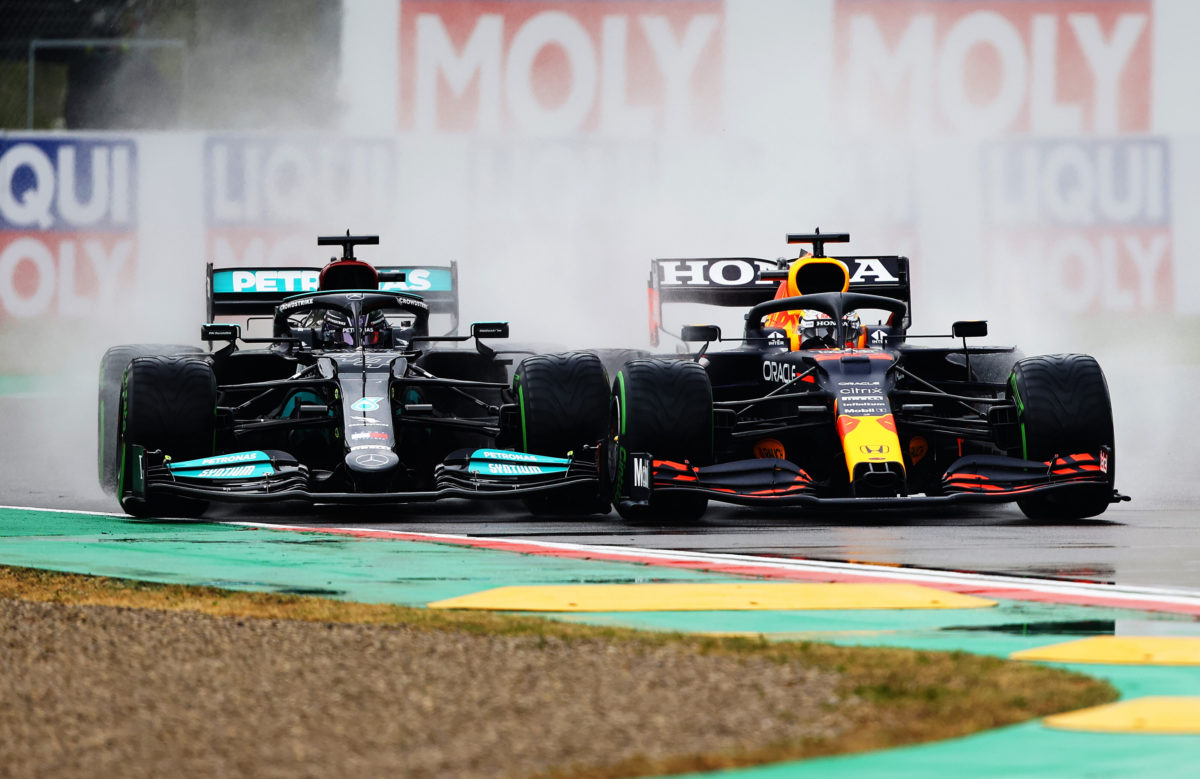 The battle for the 2021 Formula 1 world championship is proving especially hard fought, and in this week’s Pirtek Poll we’d like to know who you think will emerge victorious.

It’s Max Verstappen who leads the title fight after nine rounds, with a seemingly comfortable 32-point margin over Lewis Hamilton in a competition that has already turned in to a two-horse race.

The Red Bull charge is in good form after winning four of the last five grands prix, and the last three in a row.

Hamilton meanwhile hasn’t climbed the top step of the podium since the Spanish Grand Prix, an event at which he was the star performer.

In Monaco, he struggled to switch on the notoriously temperamental tyres and had to battle his way to seventh place – it would have been eighth had it not been for team-mate Valtteri Bottas’ pit stop dramas.

While more of a match for Verstappen in Azerbaijan, he was unable to capitalise on the Dutchman’s late misfortune when he made a mistake at Turn 1 on the restart.

That saw the seven-time world champion finish outside of the points in a race he had a very good chance of winning. More important, it was 25 points that went begging.

There is no doubt that Red Bull has made a step this season.

It demonstrated solid pace in pre-season testing at a time when Mercedes struggled, though that wasn’t the story that played out in the opening rounds.

Hamilton won in Bahrain to open his account well, and he did so again in Portugal and Spain. But since then, the momentum has been in Verstappen’s favour.

Most notable between the two cars has been the additional straightline speed enjoyed by the Red Bull while still being able to match the Mercedes through the corners.

In Austria, even McLaren enjoyed better top speed than Hamilton’s W12, a car which shares the same powerunit, suggesting either the need for higher downforce levels or a fundamentally less aerodynamically efficient car.

When you’re running out front it’s a penalty you can carry, but less so when buried in the pack. And this season, that is where Mercedes has found itself more frequently than any time in the current turbo-hybrid era.

Conversely, Red Bull has continued to develop the RB16B, but for how long can it continue that without sacrificing 2022?

Sweeping new technical regulations will come into play next year which, coupled with a cost cap introduced this season, leave teams with a delicate balancing act in terms of where they focus their resources.

Mercedes has its own upgrade package coming for Silverstone and the British Grand Prix, an event Hamilton has dominated in recent years (he’s won there every year bar 2018 in the current era).

Also set to change are the Pirelli tyres, with a new construction rear, tested over the Austrian GP weekend, poised to be introduced next time F1 hits the track.

Getting the most out of the tyres or, more the point, getting them working, has been a critical factor in 2021.

To date, Red Bull looks to have done that better more often, but a world championship winning team doesn’t forget how to win from one weekend to the next.

We’re also just nine races into what could be as many as 23 races this year – that’s certainly the figure F1 is targeting – meaning we’re just over a third of the way through the season.

For now, Verstappen holds the advantage on the scoreboard, but it won’t be until December that it will truly matter.

Already the season has swung from Red Bull looking nailed on favourites pre-season, to Mercedes being fast out of the gates, to Verstappen seizing the initiative.

Who do you think will win the 2021 world drivers’ championship? Cast your vote below in this week’s Pirtek Poll.