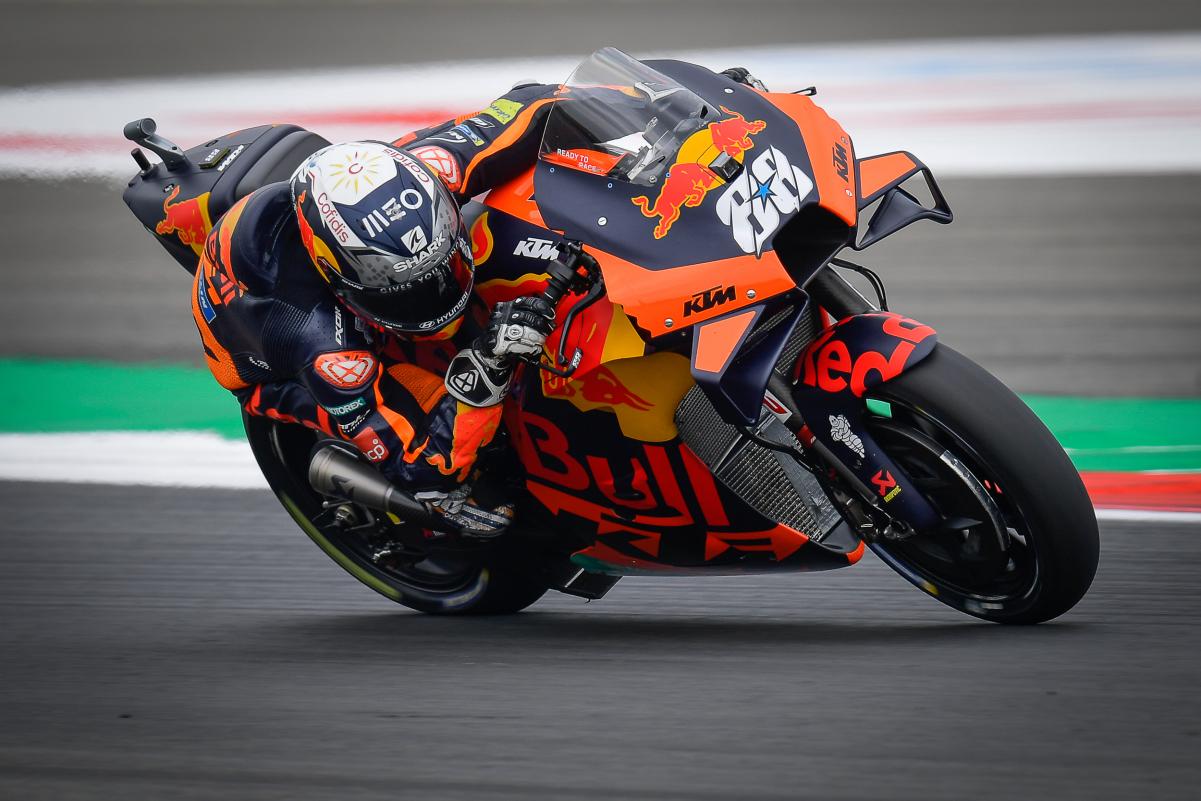 Factory KTM rider Miguel Oliveira has revealed that he was approached by Yamaha as it seeks a replacement for Maverick Viñales.

Yamaha has a seat to fill at its works team after granting the Spaniard a release from his contract at the end of the current campaign, but most current factory riders are already locked up for 2022.

Among them is Red Bull KTM’s Oliveira, a three-time MotoGP race winner, although that apparently did not stop the Iwata marque from reaching out.

“Speaking of the market and contracts, especially in these modern times, I’ve had demonstration that – and there have already been one or two cases – when there’s no willingness on the part of the rider of team to continue, those contracts get broken,” he told Motorcycle Sports, an outlet in his native Portugal.

“Having a signed contract is worth what it’s worth nowadays.

“I made a commitment to my team last year for two years, and I’ll respect my word.

“Of course, this Viñales situation has brought some nervousness in talks for the future.

“I was also approached in this regard but, like I said, my attention is for my team.

“They’re a great team, and I believe I can become world champion with them, and I have a contract.”

Oliveira is only seventh in the championship after a tough start to the season for KTM but now has three podiums in the last four races, including a win in the Catalan Grand Prix.

As for another possible Viñales replacement, satellite Yamaha rider Franco Morbidelli is considered an obvious candidate, although he is contracted to his SRT squad rather than the factory directly.

The 2021 MotoGP season resumes after the summer break at the Red Bull Ring on August 6-8.