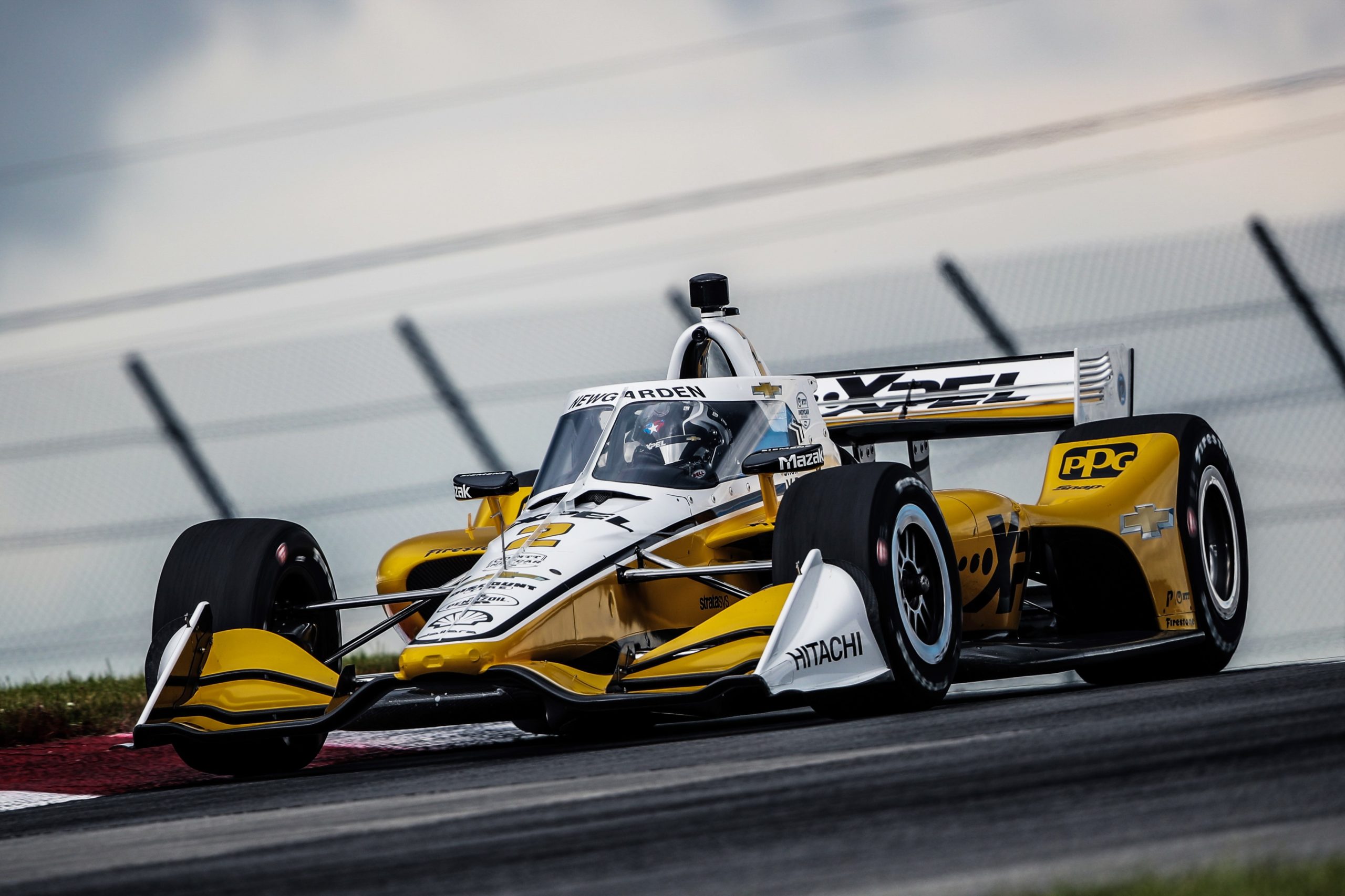 A valiant effort by Chip Ganassi Racing’s Marcus Ericsson was to no avail as Newgarden held on to win by a mere 0.8790s at the chequered flag.

It was a case of third time lucky for Newgarden, who fell short of the win at the Belle Isle Street Circuit and was robbed of a win at Road America due to a gearbox failure.

Newgarden said he was worried Ericsson might continue that streak, which extended back to last year’s season finale which Newgarden also won.

“I’d start each stint and feel like I had everything under control, then I got to the back end of it and I thought it was starting to fall apart,” said Newgarden.

“It was really hard to hang on. I had my wingman Tim [Cindric, strategist] coaching me all the way, just making sure I knew what was up to date.

“I don’t know what to say, other than this team has been doing the job. Everyone has been giving me a hard time asking what’s up with us not winning races. I don’t think these people at Team Penske have done anything different.

“We’ve been in the game almost every single race. I had great performance and great support from our partner in Team Chevy. It’s great to seal a win here finally. We’re going to need three or four more of these if we’re going to win this championship. This team is capable of it.

“I’m just excited to be back. Two weeks off was enough and to come back and get a win, I’m happy for our whole crew.”

It was a chaotic start to the 80-lap race as the cars went barrelling towards China Beach.

Scott Dixon (Chip Ganassi Racing) showed his nose on approach into the first sweeping right-hander, but backed out late in the piece.

Newgarden got the holeshot over Colton Herta (Andretti Autosport) while Ericsson and Will Power (Team Penske) squabbled over third.

Just behind them, Andretti Autosport team-mates James Hinchcliffe and Hunter-Reay made contact, sending them spinning.

Series returnee Felix Rosenqvist (McLaren SP) was caught out in the melee, hit from behind by Romain Grosjean (Dale Coyne Racing with Rick Ware Racing) and sent around too.

With Rosenqvist stalled on track, the Safety Car was duly brought out before the end of Lap 1.

Newgarden led the field back to the green flag on Lap 4 with Herta, Ericsson, Power, and Dixon in tow.

Scott McLaughlin (Team Penske) was a benefactor of the first lap shenanigans, climbing to 11th from 14th.

It wasn’t long before the second Safety Car intervention after a spirited but brief battle between Power and Dixon resulted in the Australian spinning out.

After running wide at The Keyhole, Power and Dixon ran side-by-side to Turn 4. On the switchback, Dixon got to Power’s outside over the rise of Turn 5.

As they exited the corner, the pair made contact and Power spun.

The 40-year-old lit up his tyres and he tried to right himself but ended up facing the wrong way in a cloud of smoke.

As the field tried to avoid him, Ed Jones slammed into the stricken car and the full course yellow flew.

A hard-charging Grosjean tried to usurp fellow Frenchman Bourdais at The Keyhole but got wide and lost out to McLaughlin who broke back into the top 10.

The race soon settled down into a rhythm with Newgarden commanding proceedings at the front.

Dixon pitted from fourth with Rossi in tow on Lap 29. Newgarden reacted a lap later and came to the lane with Ericsson and Palou in arrears.

Drama struck Herta on Lap 31 in the pit stop sequence due to a refuelling issue, dropping him from second to seventh.

The second phase of the race saw Newgarden stretch his legs out over Ericsson.

Behind them, Dixon led a train of cars with Rossi, Palou, Rahal, and Herta all eyeing off the final step on the podium.

Newgarden made his final stop on Lap 53 with Rossi and Rahal following suit.

Once the pit stop sequence cycled through, Newgarden led Ericsson by the best part of over six seconds, but it was Palou who made the biggest gain to leap from fifth to third. Dixon was fourth and Rossi fifth.

Herta’s hopes of executing an overcut were dashed when he stalled during his final pit stop on Lap 57.

The final stanza of the race saw Ericsson slowly eat into Newgarden’s lead, bringing it to within less than one second with two laps to go.

Despite the threat of traffic, Newgarden held on to claim the win over the flying Swede.

Series leader Palou completed the podium to extend his advantage in the title race while Dixon was fourth and Rossi a season-best fifth.

After pitting on the penultimate lap, Herta fell to 13th just behind 12th place finisher McLaughlin.