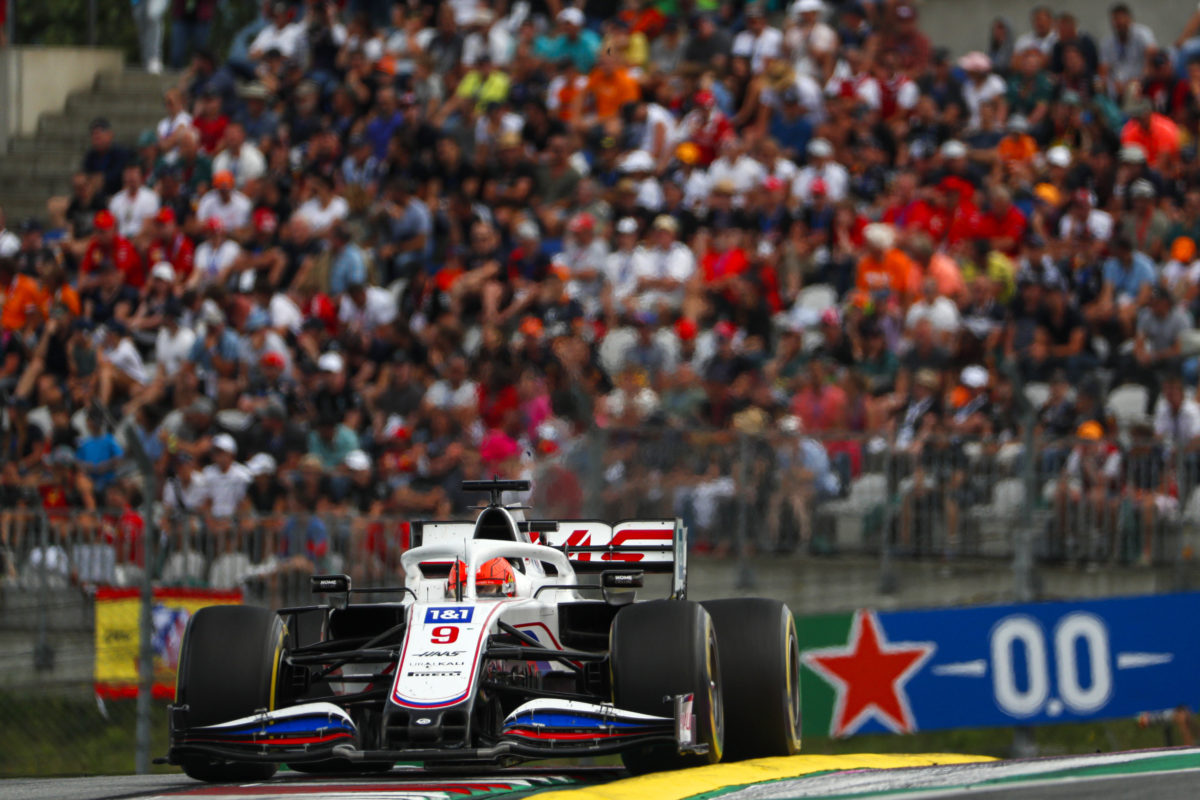 Nikita Mazepin, Nicholas Latifi, and Kimi Raikkonen have been issued time penalties after the Formula 1 Austrian Grand Prix while Daniel Ricciardo was cleared of wrongdoing.

A full eight drivers were summoned to the stewards for their driving through a double-waved yellow zone triggered by the final-lap clash between Raikkonen and Sebastian Vettel at the Red Bull Ring.

With the other six drivers cleared of their alleged yellow flag breaches, the only change to the race classification was that Raikkonen in fact moved up one position to 15th and Latifi back one to 16th.

However, Raikkonen was issued two penalty points on his superlicence and is now up to six points in a 12-month period, Latifi is up three penalty points to six in 12 months, and Mazepin up three to five.

Drivers are allowed to accrue up to 12 penalty points in a rolling 12-month period before they are banned for a race.

Raikkonen’s Alfa Romeo and Vettel’s Aston Martin had both ended up off the road when they came together and interlocked wheels at Turn 5, before taking the chequered flag in 16th and 17th respectively.

“Exiting T5 RAI closed the door on VET, which caused a collision taking both cars off the track,” reported stewards.

Haas’s Mazepin and Williams’ Latifi were found to have “not slow[ed] down sufficiently for the double waved and yellow sector.”

All up, there was a spate of penalties in the ninth race of the season after Lando Norris, Sergio Perez, and Yuki Tsunoda were punished during the 71-lapper.

McLaren’s Norris arguably lost second place due to a five-second hold when he was judged to have forced Perez’s Red Bull off the road, while Perez himself was twice penalised over incidents with Ferrari’s Charles Leclerc.

Tsunoda was twice pinged for crossing the white line at pit entry in his AlphaTauri.

Williams’ George Russell also escaped sanction for an alleged move under braking at Turn 4 while battling with Raikkonen for 11th in the latter stages.

Stewards “were happy that the movement was not dangerous or erratic.”