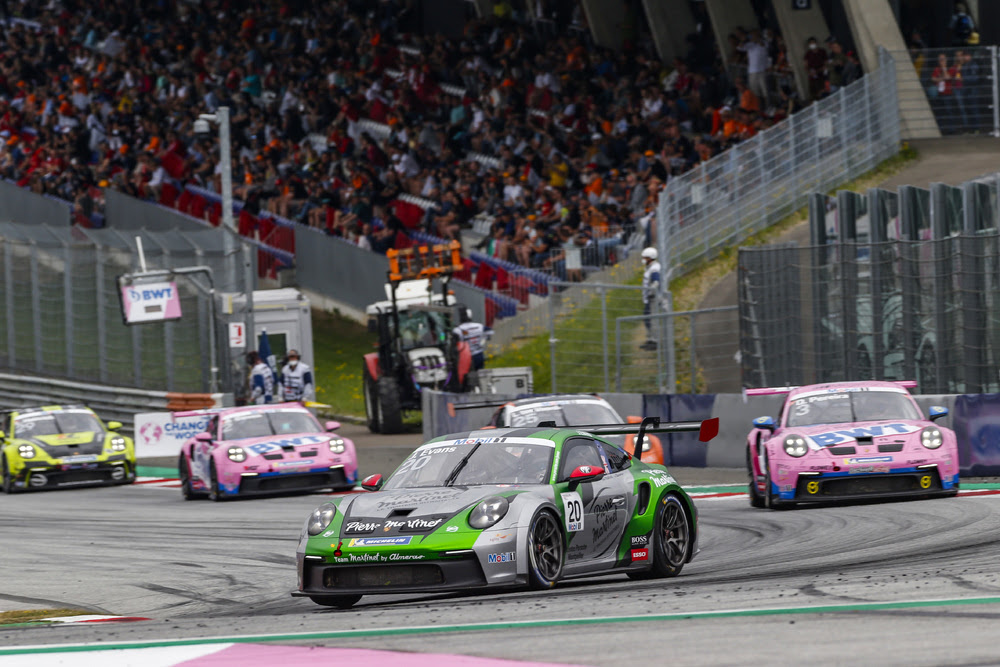 Jaxon Evans has taken out Round 3 of the Porsche Supercup at the Red Bull Ring.

The Martinet by Alméras driver led most of the 17 laps and eventually won by 0.646s over pole-sitter Dylan Pereira (BWT Lechner Racing).

Larry ten Voorde (Team GP Elite) finished third and therefore held onto his series lead, with Evans 12 points back but now up to second in the standings.

The New Zealander claimed the lead of the race when Pereira ran into a run-off area on the opening lap, before two quick-fire Safety Car periods for stricken cars.

Evans safely negotiated each and managed to pull clear of his pursuers, while Pereira also gapped the rest of the pack.

However, a fierce fight for third place unfolded behind them, between ten Voorde, Ayhancan Guven (BWT Lechner Racing), and Laurin Heinrich (Nebulus Racing by Huber).

Guven overtook ten Voorde only to have a puncture knock him out of the battle on the penultimate lap, as ten Voorde managed to fend off Heinrich.