Verstappen left time on the table in F1 qualifying

Verstappen left time on the table in F1 qualifying 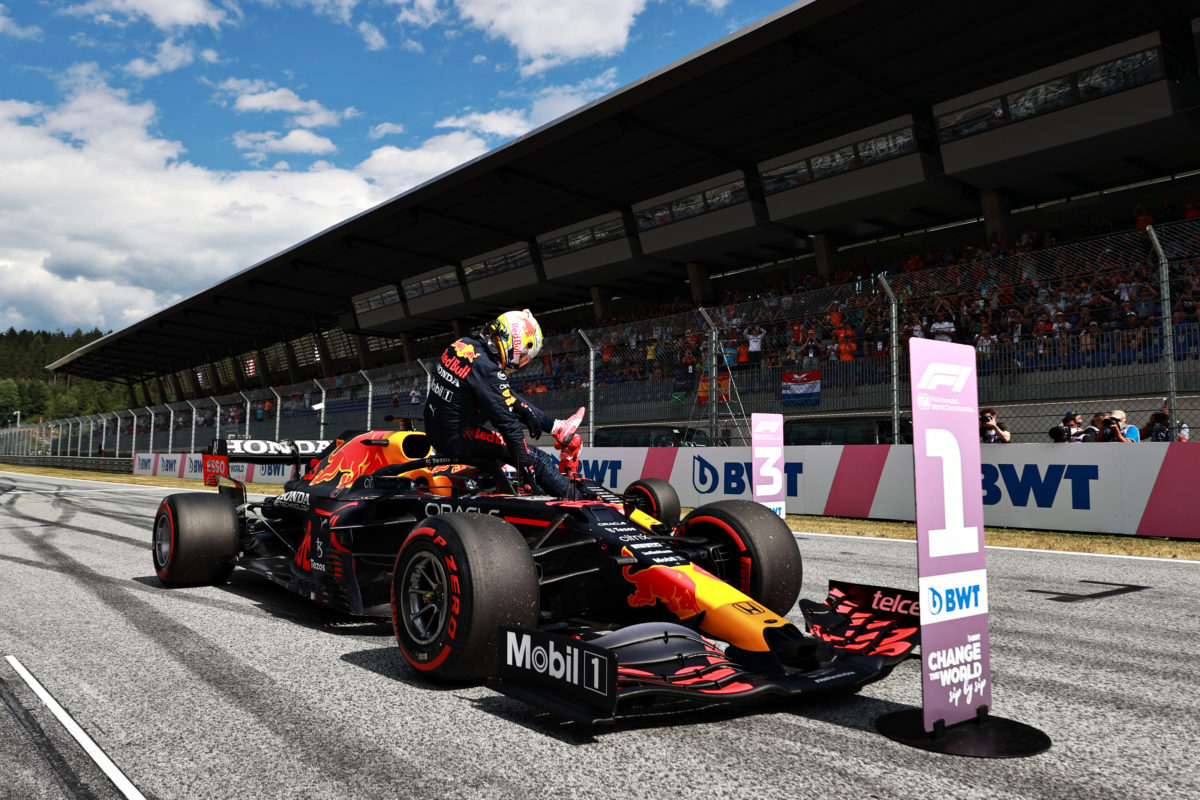 Max Verstappen has warned there was more in his Red Bull in qualifying for the Formula 1 Austrian Grand Prix.

The Dutchman secured pole position by just 0.04s from Lando Norris despite a comparatively scruffy Qualifying 3.

“Q1 and Q2, were very good,” the championship leader said after qualifying.

“I think it was all going really smooth and the laps are good enough and nice.

“Just Q3, the first lap locked up at Turn 3, so that wasn’t amazing.

“The second run, I was the first car out so I just lost time on the straights, so couldn’t improve my lap time, even with a more normal Turn 3.

“So still good enough for first, but I would have liked to just have a better Q3.”

Verstappen topped all three segments of qualifying, holding a 0.1s advantage over Norris in Q1, and a 0.3s advantage to Lewis Hamilton in Q2.

When asked how much more was in the car, given his complaints about his Q3 performance, the 23-year-old suggested enough to allow him to skip clear come the race.

“I can see already what’s going on on my dash,” he said of the potential gap he could have had over the field.

While this weekend’s race is Red Bull’s home race, it’s also something of an adopted home race for Verstappen too, with the 100,000 strong crowd including of a large Dutch cohort.

That has seen the Red Bull owned venue has been awash with orange, with cheers in support of the 23-year-old audible over the cars.

While displeased with his own performance at the end of qualifying, Verstappen is glad to be performing in front of a large crowd once again.

“I wasn’t very happy after Q3 but in general during the whole day, it was really enjoyable to see all the fans,” he said.

I think even before Q1 started like they were just jumping and bouncing around and they were having a good time.

“With the last one and a half years, where everyone has gone through [restrictions] and then to open it all up again and everything seems a bit more normal, to see all the fans like cheering, it’s an amazing sight.

“Of course, it doesn’t matter if they’re orange or not, just in general seeing the fans there is amazing.”

Verstappen holds an 18-point advantage over Hamilton in the championship, with his title rival having all but conceded defeat.

The Austrian Grand Prix is set to get underway at 23:00 AEST tonight.