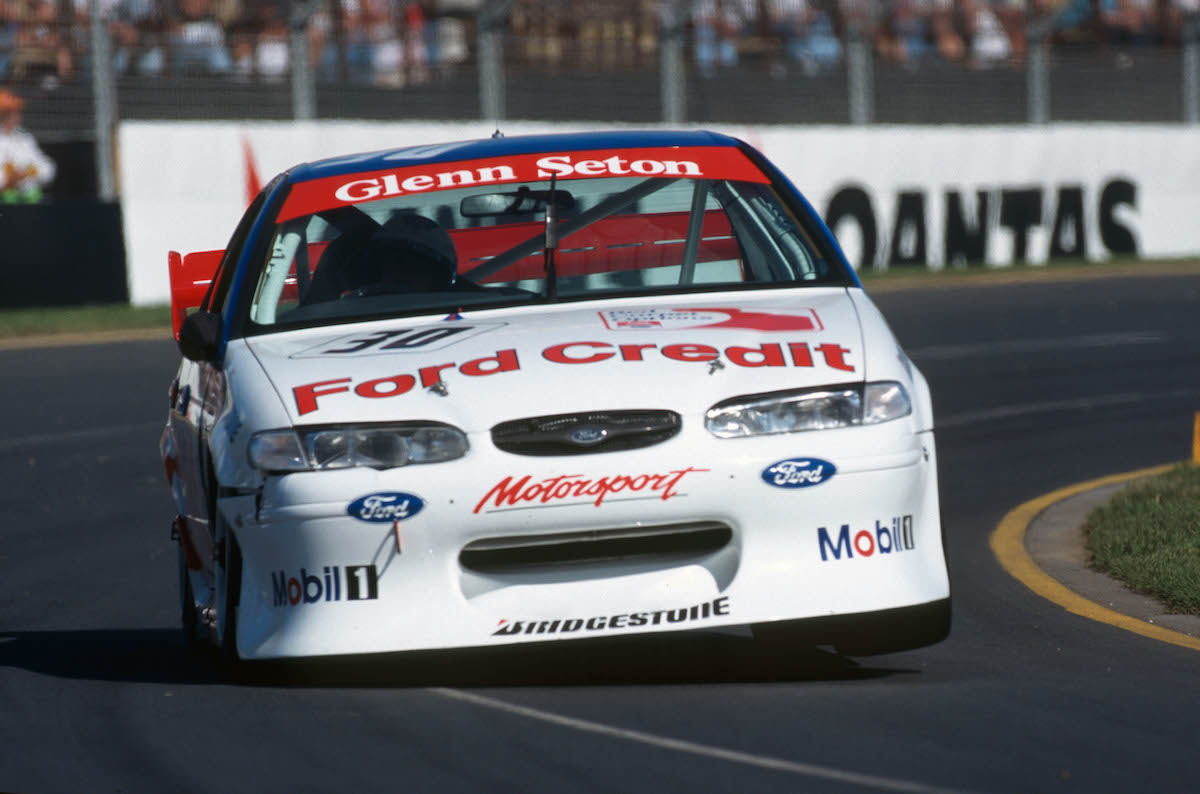 Traditionally race car drivers don’t get too emotional about the machinery they drive, but Australian touring car legend Glenn Seton admits to having a “soft spot” for his 1997 championship-winning Ford Credit Falcon.

Seton built the car for the Bathurst 1000 in 1996 and it set the world alight by taking the pole and then becoming the first car to unofficially break the 300kph mark down Conrod Straight.

The race was not as successful with Seton and David “Skippy” Parsons finishing nine laps down in 15th place, but the team knew it had a fast car for the following season.

The famous Ford Credit Falcon will be back in the limelight this month as it heads towards a much-anticipated sale at Lloyds Auctions on Saturday July 31.

The car comes with a CAMS logbook (third edition), Seton’s famous open-faced Championship helmet,  race suit and a 1997 ATCC Championship Shell Series banner all signed by Glenn Seton as well as letters of authenticity from the former champion.

With the 1996 Bathurst 1000 behind them, Seton headed into the ‘97 championship without the healthy budget from former cigarette sponsor Peter Jackson.

The team had been reduced to a single-car operation with just six full-time people working on the car and the pressure was on to get results.

The 1997 season consisted of 10 rounds with three sprint races at each.

Seton sat second in the championship by two points to Wayne Gardner after winning the third race of the opening round at Calder Park.

He then won the opening race of the next round at Phillip Island, but his big title play came in Round 3 at Sandown where he won all three races to secure a maximum 90 championship points.

He achieved the same result in Round 6 at Eastern Creek (Sydney Motorsport Park) and headed to Lakeside in Queensland with a healthy championship lead. 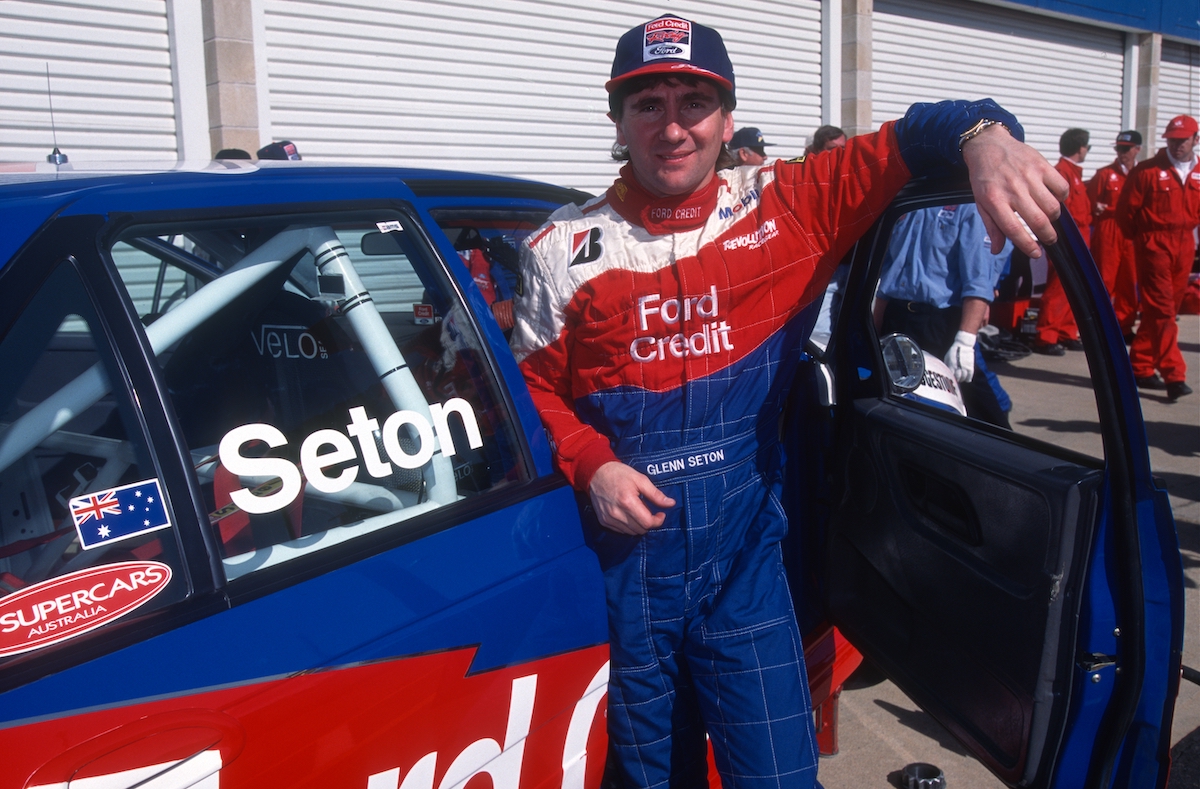 That lead grew when he won the opening race of the Lakeside weekend, but then a “cock up” in race two brought his momentum to a halt.

“My foot slipped off the brake and I speared into the tyre barrier at the top of the hill,” admitted Seton.

“It was damaged enough to end our weekend and we had to do plenty of work to get it back into some sort of shape.

“I was hard on myself because we had a lot at stake and so many people were working so hard and relying on us.”

Issues continued with a failure in qualifying at the next round at Wanneroo in Western Australia, but he did manage to scramble and score 48 points.

The penultimate round at Mallala in South Australia produced 70 points and Seton led the title hunt by just four points from Dick Johnson Racing’s John Bowe while Russell Ingall sat another 20 points further back in third heading into the final round at Oran Park.

Ironically, the Oran Park round was also scheduled to be Peter Brock’s final championship event and attracted a then record number of 30 entries.

Bowe scored just 16 points from the three races after finishing seventh in race one.

Ingall retired from the opening race with a steering rack issue and then had his weekend stopped on zero points when he was punted into the pit wall off the start in race two.

“In the first couple of races all I was worried about was keeping Bowe and Ingall behind me,” said Seton.

“When we got to race three we had the championship in the bag and the pressure was off and we just went out and enjoyed ourselves.

“The ‘97 championship car was the best car we built in that era. It was a much better balanced car than the others and was significantly different in its construction with things like less cage work.

“I guess I have a ‘soft spot’ for it and it has been great to have driven it in several demonstration runs over that years thanks to Noel and Wendy (Willoughby, the car’s current owners).”

Lloyds also announced last week that they are now accepting cryptocurrency as payment on purchases.