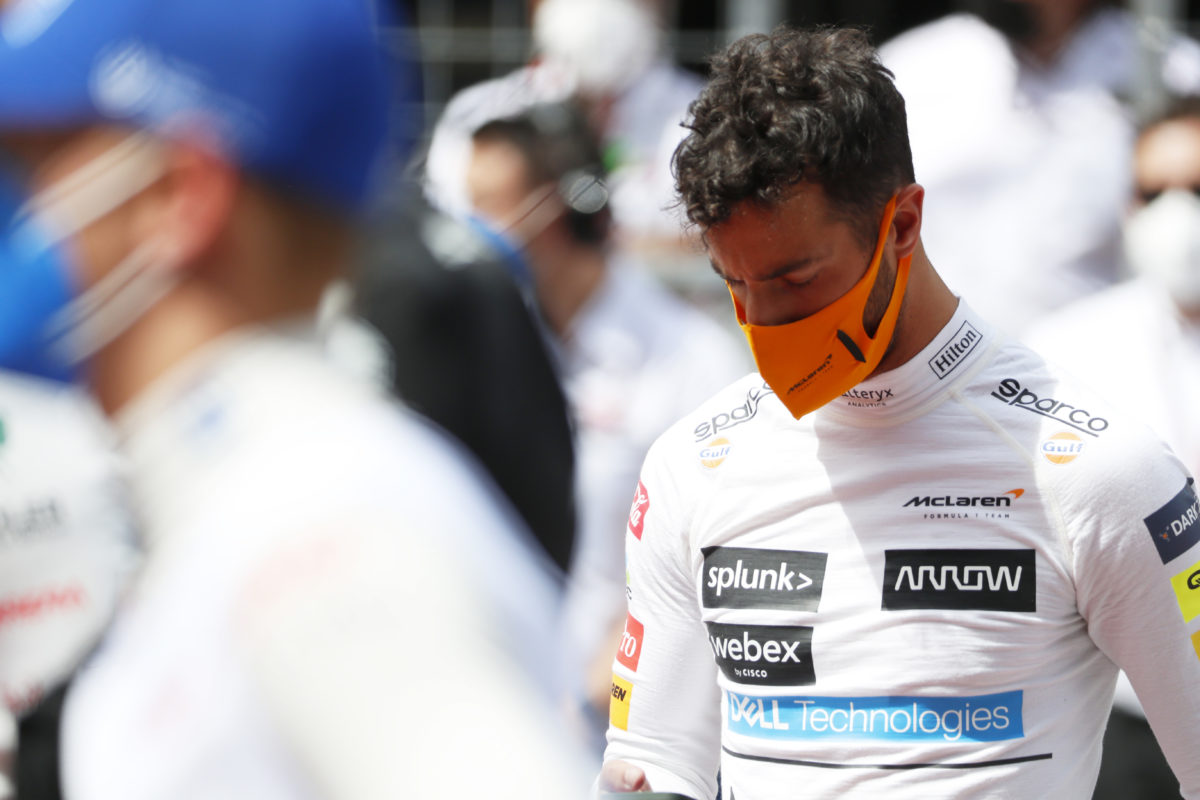 Another below par qualifying result for Daniel Ricciardo has left the McLaren driver searching for “big, big margins”.

The Australian exited qualifying for the Formula 1 Austrian Grand Prix with the 13th best time in the second segment of the three-part session.

His best of 1:04.719s proved almost a full second slower than what team-mate Lando Norris achieved as he qualified second fastest for Sunday’s race.

Worse still is that Ricciardo seems to see no immediate answer as to where the pace is, suggesting inside the car his lap felt solid.

“I feel we’ve made progress from last week in some areas,” the 32-year-old began.

“If I didn’t look at classification, I’d say it’s been a better weekend, but unfortunately it’s not translating on the stopwatch.”

At last weekend’s Styrian Grand Prix, which was also held at the Red Bull Ring, Ricciardo qualified in an identical 13th position.

Then, like this weekend, he scraped through the first cull in qualifying as he struggled to extract the same performance from the MCL35M as his team-mate.

“We’ve actually made some good steps but unfortunately, the lap time shows the same result.

“So there’s obviously still work to do but that’s where it is at the moment.

“There’s obviously still something that is missing and I think we’ll just have to dig a bit deeper for that,” he added.

“I feel all right in the car, so I’ll just keep trying to search for where that lap time is because it’s not a tenth, you know, we’re talking we’re still talking big, big margins.”

While some way down on Norris, strategically starting outside of the top 10 offers up possibilities in the race.

Even still, expectations are being kept in check.

“With Daniel, we simply want to get back into the points,” team boss Andreas Seidl admitted when asked by Speedcafe.com what is realistic for the race.

“He has the opportunity to start – for example if we decide to go for medium tyres, to start on new medium tyres, which could be a bit of an advantage compared to some other cars around us.

“Maybe that also can be an advantage compared to the Ferraris ahead of him.”

The Austrian Grand Prix gets underway at 23:00 AEST tonight.