Norris saved his best ’til last in Austria

Norris saved his best ’til last in Austria 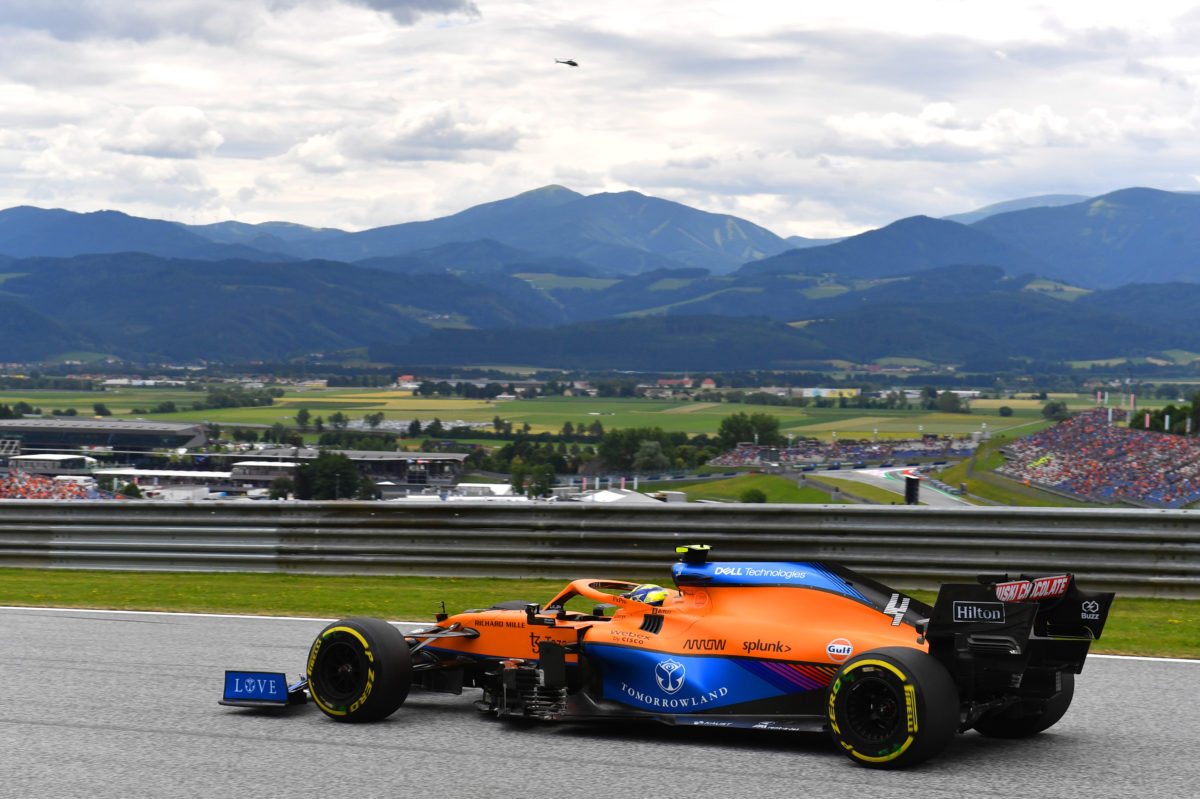 Lando Norris will line up for the Formula 1 Austrian Grand Prix from a career best second place on the grid.

The McLaren driver recorded a best lap just 0.04s slower than pole man Max Verstappen in a session he suggested saw him leave his best until last.

“I you know we made a good step forward from last weekend with a couple of things,” he said following qualifying.

Norris last weekend found himself racing with Sergio Perez and Valtteri Bottas in the early stages of the Styrian Grand Prix, which was also held at the Red Bull Ring.

However, the McLaren driver offered little in the way of resistance when challenged, and ultimately trailed home a lap down in fifth.

“I was kind of, not frustrated, but I thought there was a little bit more in it last weekend, especially to be ahead of both the Mercedes cars and that’s what we did this today,” Norris said.

“[I] definitely did my save the best ‘til last and did my best lap in Q3, run two, so I’m obviously very happy.

“I have a great position for tomorrow and I think we maximised everything we could today.”

The lap was the result of an aggressive approach from the third-year pilot.

Running second on the road behind Verstappen, he did not have much in the way of a slipstream from which to benefit.

“I was a bit nervous I was going to start losing a lot in the straights, which I did, but I made up for it in the corners, and especially the high speed [corners] I took quite a few more risks and that’s where I found a lot of my lap time,” he explained.

“It paid off in the end.

“It’s a cool feeling especially around here is pretty awesome check to really push it on and to try and find those last couple hundreds.”

For Andreas Seidl, it was an especially impressive performance.

“I think it was pretty much [the] perfect lap,” said McLaren’s team principal.

“He was again impressive to see really for every run he did in qualifying how he was pulling it off.

“Also how he’s dealing with that switch from the soft tyres in the first session to the medium tyres and second session back to the soft tyres.

“That just shows that he made a great step forward again this year as a driver [and] is able to adapt to this to these challenges and he has the confidence to go into these laps.

“The most important thing from a result like today is, for me, that it is simply a great reward and an extra bonus for every single member of the team,” he said.

“It has been a while here at McLaren that we scored a P2 in qualifying, I think the last time it was in 2012.

“It’s just a great additional motivation, gives extra energy to everyone to simply keep going and work hard in order to do that more often.”