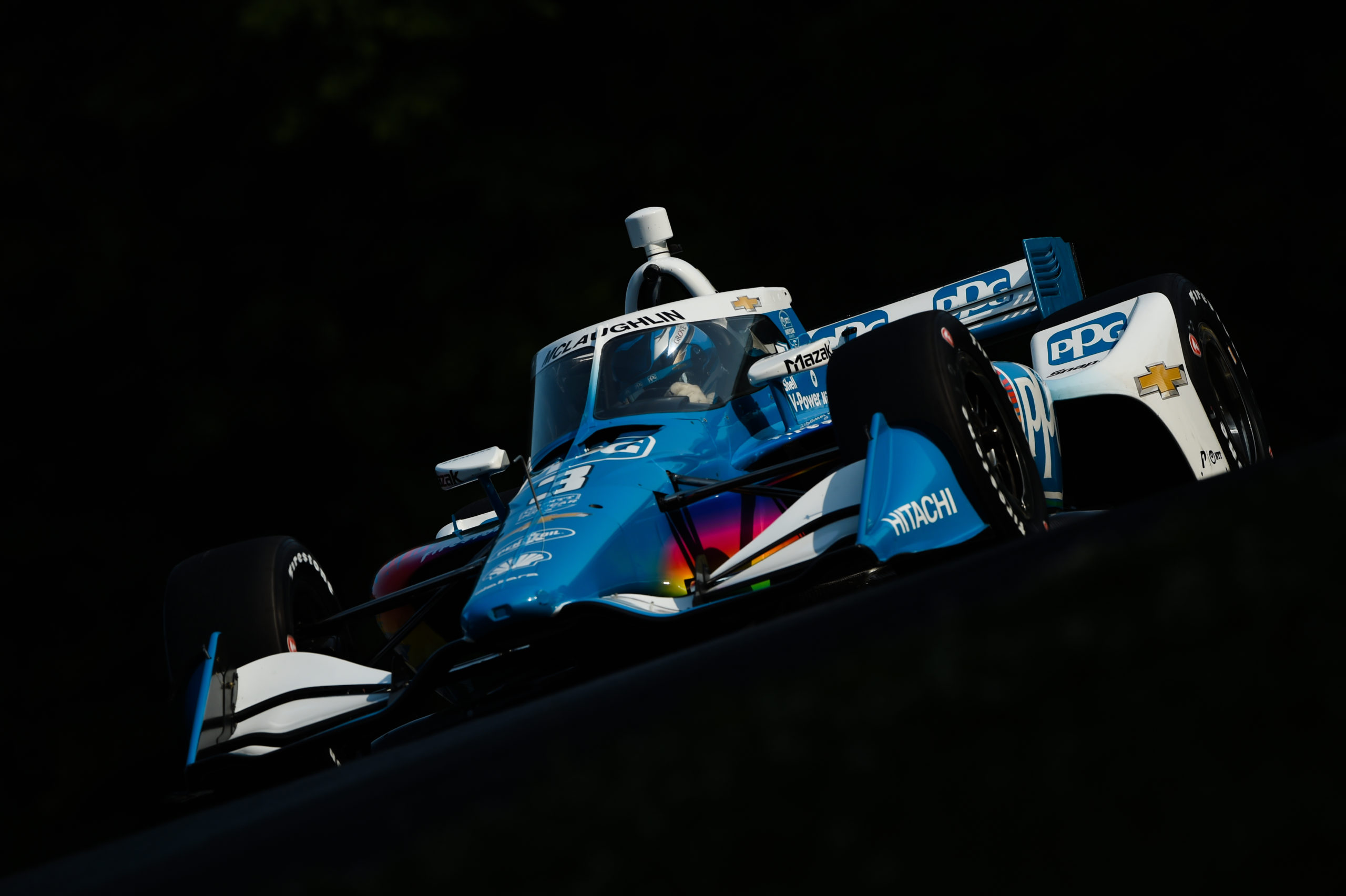 Scott McLaughlin says a freak mis-shift cost him a top 10 berth in qualifying for the Honda Indy 200 at the Mid-Ohio Sports Car Course.

The Team Penske pilot missed out on making it through to the second phase of qualifying after setting the seventh fastest time in Group 2.

With the top six drivers from each group progressing from Round 1 to Round 2 of qualifying, McLaughlin was the first of those from his group to miss the cut.

“I’ve been in the top 10 in all the practice sessions.

“Unfortunately, in qualifying, on my flying lap we had a pretty freak sort of mis-shift which cost myself a couple of tenths and we didn’t move through to Q2 which we could have easily done.

“I feel like we lost ourselves a top 10 starting position for tomorrow. We start 14th though, it’s better than we have been in the past.

“I think we’ve got a good shot for tomorrow, we’ve just got to make sure that we get our strategy right, I get my in- and out-laps together, and have good starts, and we’ll be okay.

McLaughlin wasn’t the only Team Penske driver to strike trouble in qualifying.

Stable-mate Simon Pagenaud had his fastest time in Group 1 disallowed for not slowing sufficiently under yellow flag conditions.

The Frenchman would wind up just behind McLaughlin in 15th.

Josef Newgarden and Will Power were on song, however.

Newgarden was the best of them all, claiming pole position for the third race in a row, while Power was fourth fastest.

Round 10 of the IndyCar Series, the Honda Indy 200 at the Mid-Ohio Sports Car Course, gets underway tomorrow at 02:00 (AEST).