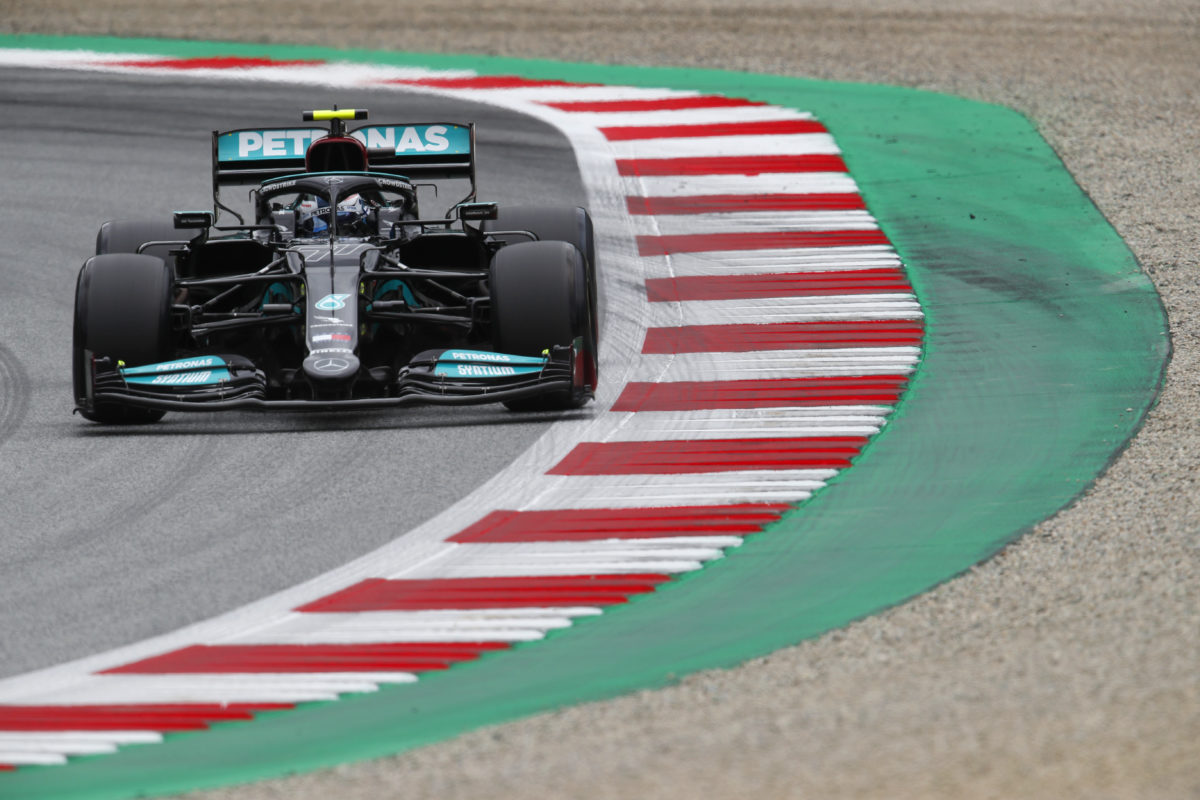 The Finn is set to front the stewards after he was referred to them for driving unnecessarily slowly during qualifying.

Teams and drivers were issued with an updated note from FIA race director Michael Masi ahead of Free Practice 3.

In it, Turns 9 and 10 were explicitly mentioned after a number of near misses on the opening day’s running at the Red Bull Ring.

Drivers were instructed by the race director that backing up to create a gap must be done prior to the two right-handers at the end of the lap.

Further, Mercedes team manager Ron Meadows contacted Masi over the radio as qualifying began to clarify that drivers were not to drive slowly around the final two corners.

However, following qualifying, Bottas has been summoned for allegedly doing just that.

The 31-year-old was called to the stewards for an “Alleged breach of Article 27.4 of the FIA Formula One Sporting Regulations, driving unnecessarily slowly in the entry of turn 9 and turn 10 at 15:39.”

The timing of that incident puts it during the second segment of qualifying.

Subsequent to Bottas’ summons, Carlos Sainz was also called to front the stewards for the same offence.

The timestamp of the Ferrari drivers alleged infringement matched that of his Mercedes counterpart, the pair having been running in close proximity ahead of their final runs in Qualifying 2.

Fernando Alonso and Sebastian Vettel will also face the stewards after the latter significantly baulked the former in the dying stages of the second segment.

Ironically, Bottas was baulked last weekend by Yuki Tsunoda, an altercation for which the Japanese driver was penalised.

The Mercedes driver also picked up a grid penalty, though that was for spinning in pit lane.