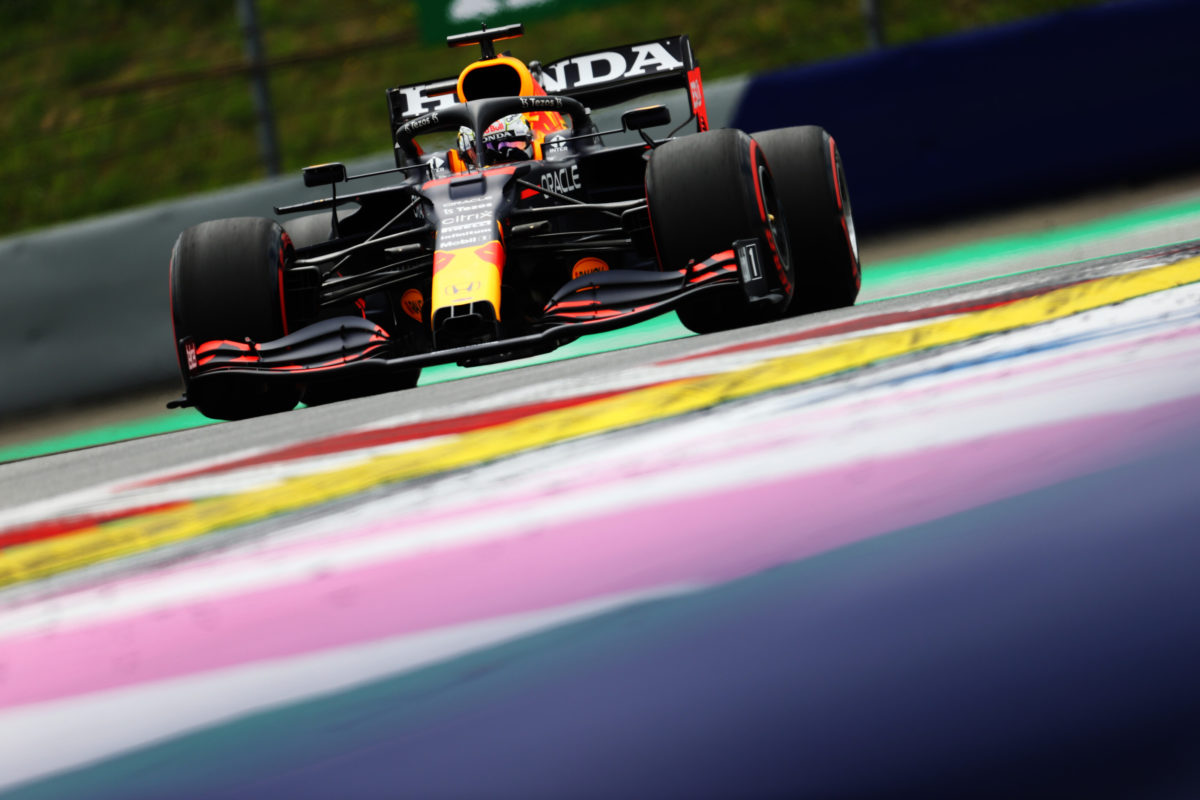 Max Verstappen has suggested he needs to find more pace if he’s to compete with Mercedes at this weekend’s Formula 1 Austrian Grand Prix.

Cooler conditions and a step change in terms of tyre compounds already look to have shaken things up this weekend.

That includes the top of the order, with Mercedes at least more closely matched to Red Bull if not even ahead after the opening day.

Having topped Free Practice 1, the Dutchman slipped to third behind Lewis Hamilton and Valtteri Bottas on Friday afternoon.

“From our side we didn’t have a perfect run in FP2 but nevertheless I felt good in the car and there are no real problems,” Verstappen said.

“Mercedes looked quite quick on the soft so we just have to make sure we have a little more pace on that compound because we looked stronger on the medium and in the long runs, which at the end of the day is the most important for the race.”

Running in Free Practice 2 was compromised by spots of rain in the latter half of the 60-minute session, typically when teams shift focus to race runs.

That follows a qualifying simulation, which Verstappen completed as the first spots of rain began to fall.

It therefore offered a head to head comparison with Hamilton, the Englishman emerging 0.2s ahead on his own quali sim.

“It did get quite greasy out there but luckily it was good enough to keep on driving so we had a good read on the long run pace,” Verstappen explained.

“I think it will be tight again this weekend as it looks like Mercedes improved a bit but we will see tomorrow in qualifying and the most important thing is to make sure we look after the softer compounds in the race.”

His win last weekend was his fourth of the 2021 season, and the first time in his F1 career that he’s claimed back-to-back successes.

Free Practice 3 opens Saturday’s running in Austria at 20:00 AEST ahead of qualifying at 23:00.