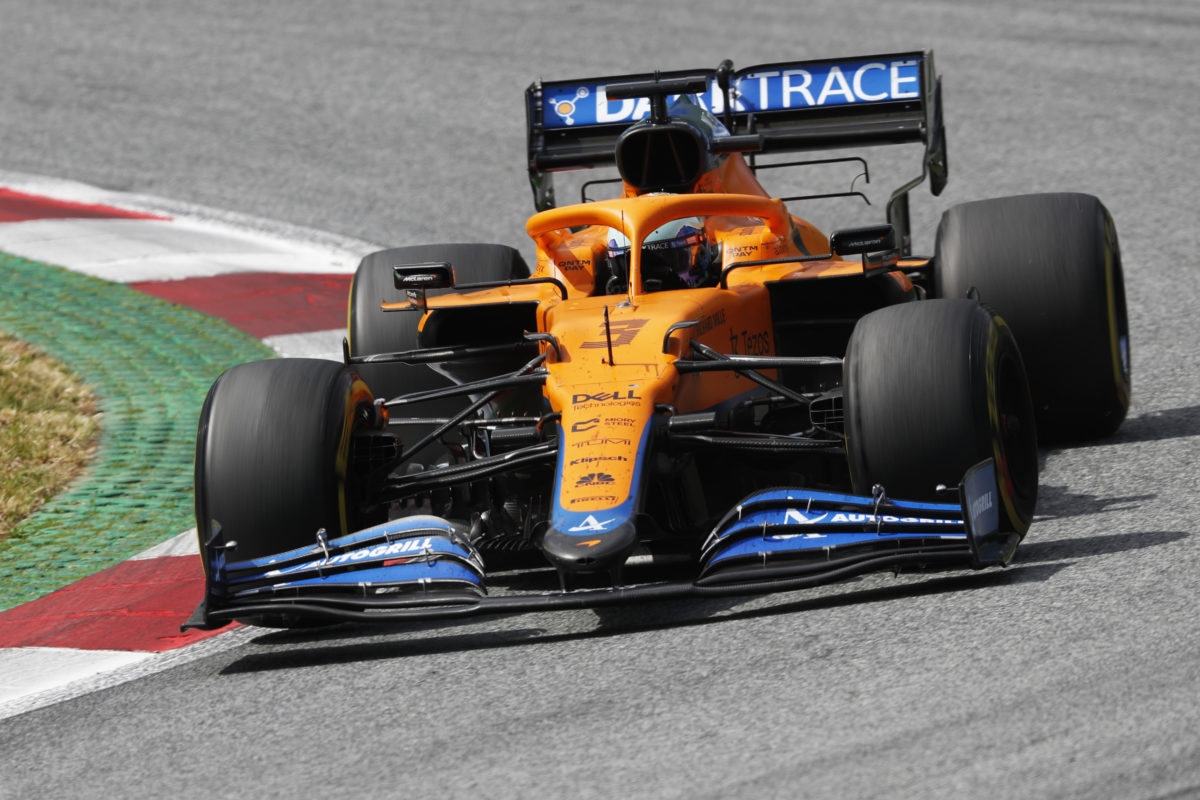 Daniel Ricciardo suggests although he languished down the order in both of Friday’s practice sessions for the Formula 1 Austrian Grand Prix, there are promising signs ahead of Sunday’s race.

The Australian recorded just the 12th and 15th fastest times across the two 60-minute outings, and trailed team-mate Lando Norris in both.

“It’s been an interesting day – from the classification it doesn’t look like a good day, but we actually made some progress in a few areas,” he said.

“We’ll just try to make another step tomorrow and maybe that puts us in the fight.

“If I didn’t know the classification, I’d be more optimistic with the day, but I think just some fine-tuning is needed.

“We’ll keep chipping away to find a few more tenths overnight and I think that’ll put us where we need to be. We’ve got some work to do, but we’re looking alright.”

“A positive day because we tested a lot of different things, but we just haven’t put everything together really,” he explained.

“Of the things we tested, some were good, some not as good, and we now have a better understanding of the car than we did last weekend.

“Hopefully we can choose all the best things from the work we did today and progress tomorrow to make sure we’re that little bit quicker than we were last week.”

Formula 1 has remained at the Red Bull Ring for this weekend’s event, Ricciardo having finished just 13th last Sunday in the Styrian Grand Prix.

Conditions this weekend are markedly cooler, while Pirelli has brought its softest three compound tyres to the event – a step down from that which was used a week ago.

During Friday’s running, teams also tested an experimental tyre which could be used as soon as the British Grand Prix next time out.

“The tyre allocation this weekend is softer than it was for the Styrian Grand Prix, and it was important to understand the degradation and behaviour of the softest tyre, which we haven’t run at this circuit before.

“There was also a change in conditions, with a much cooler track today, when compared to last weekend.

“We also had Pirelli’s new prototype tyres to test today, plus, as usual, we had a few new parts and wanted to do all the normal set-up work to improve the pace of the car.

“We’ve gathered lots of information and tonight we’ll look at what we’ve accumulated, with a view to capitalising on it in our qualifying performance tomorrow and our preparation for Sunday’s Austrian Grand Prix.”

Preparations for Sunday’s race continue with Free Practice 3 at 20:00 AEST this evening.