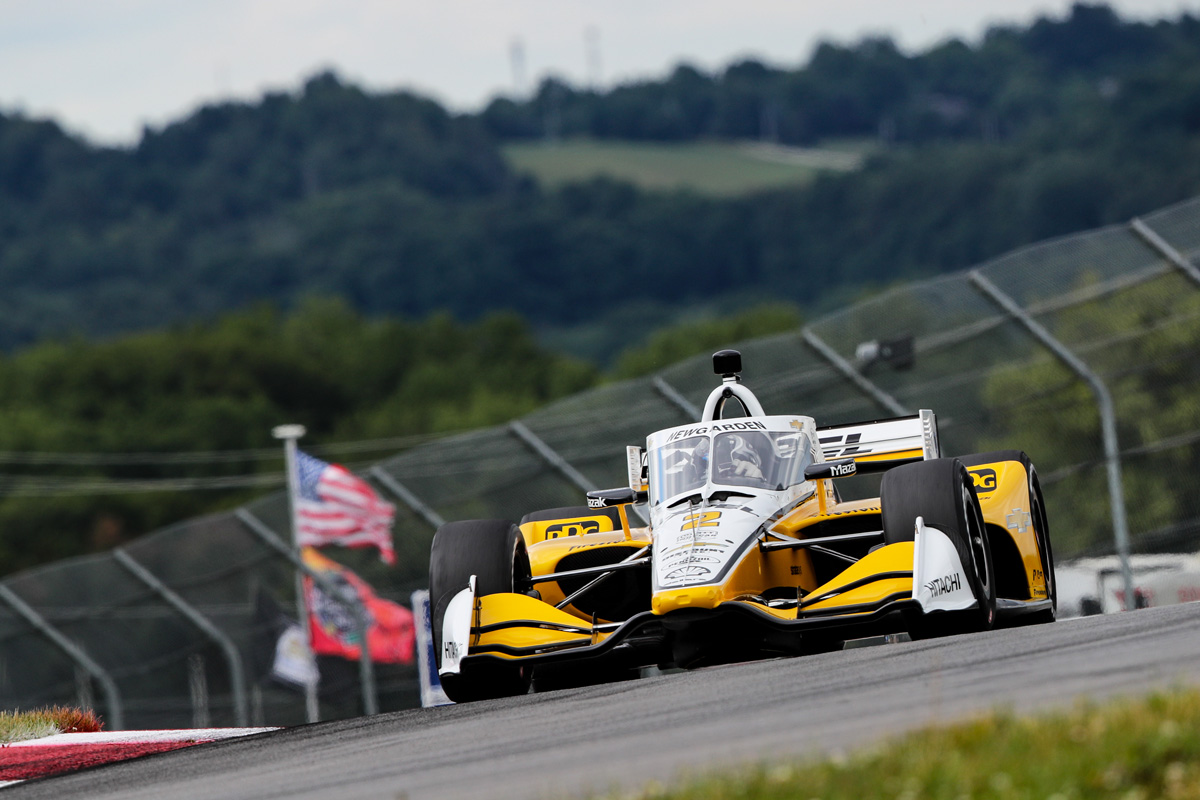 It’s been a gut-wrenching recent period for the Team Penske driver, having looked set to win the past two races from pole position only to give up the lead late in the piece on each occasion.

In the second leg at Detroit, he was run down by a fast-finishing Pato O’Ward.

Then, a fortnight ago at Road America, technical troubles saw him tumble from the lead to finish 21st.

All of this has come in a frustrating season of near misses for Team Penske, which remarkably remains winless in IndyCar this year.

Newgarden though is upbeat about how things are shaping up at Mid-Ohio following Practice 1.

“I thought it was a good start. I was really happy with my car, to be honest, right out of the box,” said the 29-year-old.

“It’s still hard to warm up here, like always, but once we got going I was super pleased with the car.

“I felt like I was really locked down. We made some improvements without a doubt compared to last year. We’ve got to keep it up.

“Temperatures are going to change this weekend. Not so much tomorrow, but for Sunday, I think, will be quite a bit different.

“And just try to stay prepared and hold the speed we have right now. If we can do that, we’ll be in good shape.”

O’Ward was second in Practice 1, ahead of Jack Harvey in third.

Series leader Alex Palou was ninth, more than half a second shy of Newgarden’s best effort.

Among the Australasian contingent, Scott Dixon was seventh, Will Power 11th and Scott McLaughlin 16th.